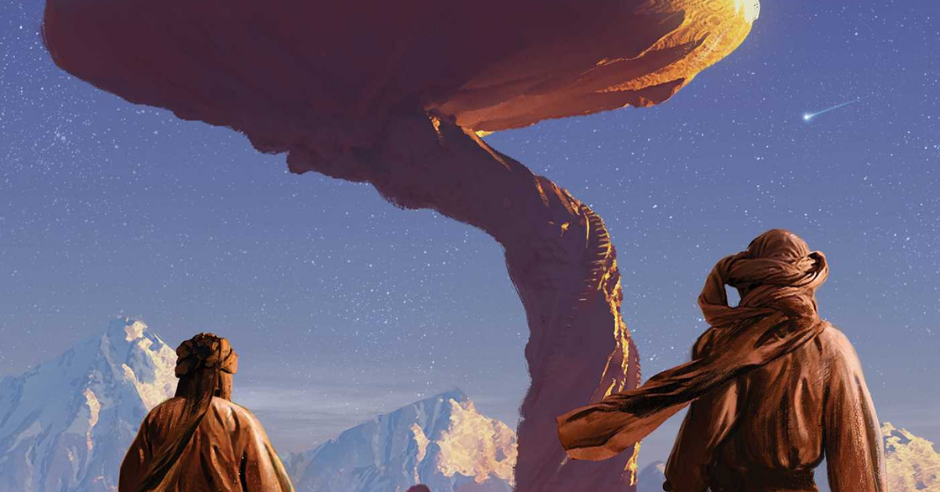 Sidewinders by Robert V.S. Redick is an ambitious, impressive novel that rightfully takes its place within the halls of classic desert fantasy.  Sidewinders, which will be released on July 6, 2021, is the second novel in a planned trilogy called The Fire Sacraments. Grimdark Magazine received an ARC of Sidewinders in exchange for an honest review. 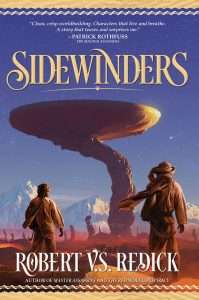 After the murder of the Prophet’s favorite son in a case of mistaken identity, brothers Kandri and Mektu Hinjuman have become two of the most infamous people alive in war-ravaged Urrath. Kandri and Mektu attempt to escape the Prophet’s immense force of religious fanatics, facing hardship and avoiding death at every turn. This review contains mild spoilers for the first installment, Master Assassins, which should be read before Sidewinders.

“We have just entered the desert, this great killer who dispatches even the best of us, the most sage and seasoned, indifferent as the rag that wipes the soot from the kettle. Now you appear and we must accept you, share our camels and our water and our way. They are rationed, life is rationed, why should we die that you might live?”

Sidewinders begins right where Master Assassins leaves off as the brothers Hinjuman travel with a caravan across the deadly deserts of Urrath. They must not only flee their hunters but also deliver a letter with earthshattering repercussions regarding a lethal disease that has plagued the world for generations. As the brothers traverse the arduous desert roads to the purported safety of the fortress city of Kasralys, disaster upon disaster befalls them. However, the vast desert is only one of their most dangerous foes.  Some of their fellow travelers also covertly seek the brothers’ demise. A bejeweled weapon is coveted by all and brings ruin to any who carry it. And unconquerable Kasralys might be about to face its most dangerous opponent yet.

New characters are introduced as the plot expands from a heart-pounding chase through the desert to complex political intrigues, but the brothers Hinjuman still take center stage. Kandri’s point of view occupies the majority of the novel. In addition to a few new third-person limited perspectives scattered throughout Urrath, there are some interesting first-person interludes to add variety and insight to Kandri’s journey and the mythology of the world.

Redick’s world-building is top-notch. Sensory details are excellent, and the author makes the desert into its own character. Anything other than devouring Redick’s fantastic prose for yourself is inadequate to describe just how concrete his world feels. Realistic details of the difficulties of survival in the desert contrast fantastical elements like the horrifying sky jellies, large jellyfish-like creatures that nest in the desert and can envelop a man and dissolve him alive.

“The wise brother undone by the idiot, the idiot saying what no one else dares to say. And the madman, the believer in he knows not what: flailing, falling, drawn to death like a salt lick […] I don’t like human beings. And I’ll ask you not to judge me unless you’ve done as I’ve done. Unless you’ve lived among them, worn their skin, dwelt in their sternums, felt the constant stabbing signals that race from brain to stomach to fingertips, listened to the gurgling advance of waste gasses down the coiled tubes in their abdomens, learned their names, sipped their terrors, attempted that bludgeoning exchange they call communicating, glimpsed the lake of fire they call love.”

Sidewinders is a lyrical, feverish novel that requires the reader to slow down, take a break, and jump back in. A binge-read doesn’t necessarily allow for the necessary time and space to absorb the well-plotted tragedy and terrific prose. Redick deftly sidesteps expectations and takes the story in unexpected directions while still honoring the desert fantasy genre. Redick’s writing in Sidewinders often reads more like a prose poem than a novel. His word choice is precise, and his sentence construction is effective in its turns of stuttering, rambling, and flowing smoothly.

“He caught the sword of the next rider with the flat of his blade and let his arm give way until both hilts were near his face and then seized the other’s wrist in his teeth and bit down grinding through veins until he choked on blood and there was another dead man, another soul to taste and swallow and forget.”

Interestingly, Redick switches from using the present tense in the first novel to the more standard past tense in the second novel. Redick reveals his thinking in Grimdark Magazine’s incoming interview with him.   Readers may forecast a clever structural reason like N.K. Jemisin’s Broken Earth trilogy, which had the unconventional use of the second person that only makes sense in the context of the entire trilogy.

Redick capably manipulates the reader’s emotions throughout Sidewinders. As the characters get deeper into the desert, their descent into madness continues. Redick’s prose allows the reader to experience some measure of that same madness with hypnotic depictions of dreams, nightmares, and the cascading dominoes of chance versus destiny. Sidewinders also has a rare exploration of the structural injustice of the healthcare industry not often portrayed in high fantasy that will resonate for audiences like the U.S. without universal healthcare. Redick discusses this concept in detail in Grimdark Magazine’s recent interview.

Through effective use of the device of the desert as a catalyst, Redick reveals the dark and bright facets of human nature that arise when the trappings of civilization are stripped away by the desert. So too does the desert help reveal universal feelings of loneliness and the idea that one human can never truly know another. His depictions of familial squabbles and the heavy burdens of becoming a caretaker for a loved one feel grounded and authentic.

Fans of Steven Erikson and Bradley Beaulieu will appreciate the elaborate world-building and expansive plots of Robert V.S. Redick. With its well-researched anthropology and devastating conclusions, Redick’s series also feels emotionally similar to that of Mary Doria Russell’s The Sparrow. Sidewinders is a beautiful fever-dream of a novel that is bound to impress. Redick has outdone himself with this second installment, and no doubt the third novel will continue to surpass and subvert expectations.