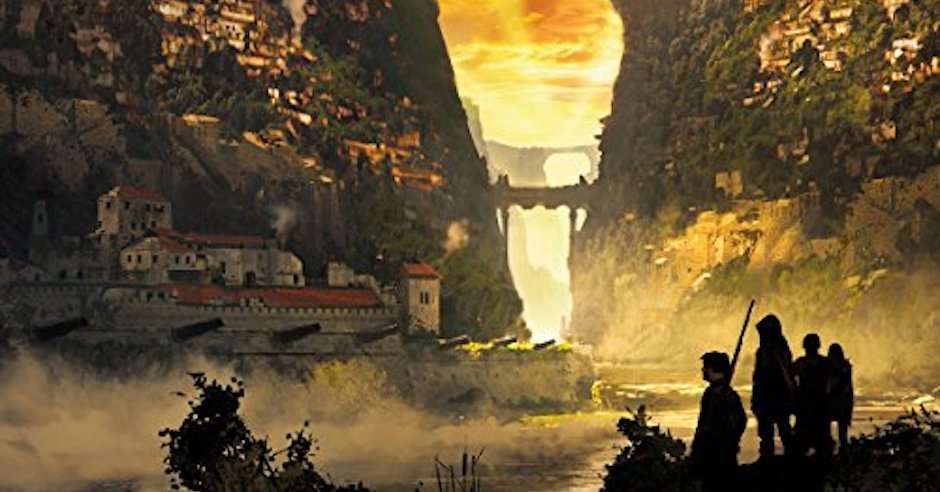 A decade on from the events of the magnificent Powdermage trilogy we return to Brian McClellan’s brilliant world of military flintlock fantasy in Sins of Empire. The Adran-Kez war is over, but new problems are stirring up on the Fatrasan frontier and some old familiar heads are right in the middle of it. 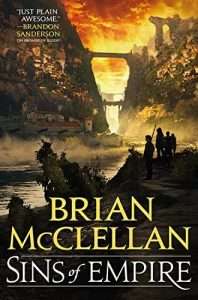 Vlora, general of the Riflejacks mercenary company is mopping up Palo forces on the borders of Fatrasa when she gets a big new contract. A lot of money to travel to Landfall, find one Palo woman, and then some well earned R&R for her and her five thousand men. But all is not what it seems in Landfall.

Mad Ben Styke, leader of the Mad Lancers, is now a war criminal rotting in a labour camp. He takes the guard’s beatings, he eats the horrible food, and he finds a small sliver of happiness in the little girl Celine who he looks after. Then one day a rich man comes knocking to offer him a way out.

Michel Bravis is a black hat, the secret police force of the vicious and rather terrifying Fidelis Jes. He’s eyeing off a promotion and an opportunity arises—one that could see him pin a gold rose to his chest and join the black hat elite, or see Fidelis Jes run a blade through the same spot.

Sins of Empire is yet another cracking story with a brilliant mix of military action, detective work, and an old school barbarian character. Some old favourite characters from the first trilogy are back and at it again, with old known hurts and actions touched on nicely without beating the reader over the head with it.

The overarching magical danger element and story arc of the trilogy is really nicely set up here, with a familiar enough story to work off as a foundation and plenty of new and interesting magical and world building bits and pieces to sink your teeth in to. And like in all good fantasy epics, you just never know where the next big or small bad is coming from and each new reveal just ramps up your anticipation of what comes next.

My only criticism of the books was the end of one of the character arcs. The build up and expectation was epic, but the delivery, not so much. Fortunately, this is a small part of a magnificent greater whole.

Sins of Empire is everything you expect from a Brian McClellan Powdermage novel—packed with action, relationships that matter, brutal, powerful, and just fun as all hell.