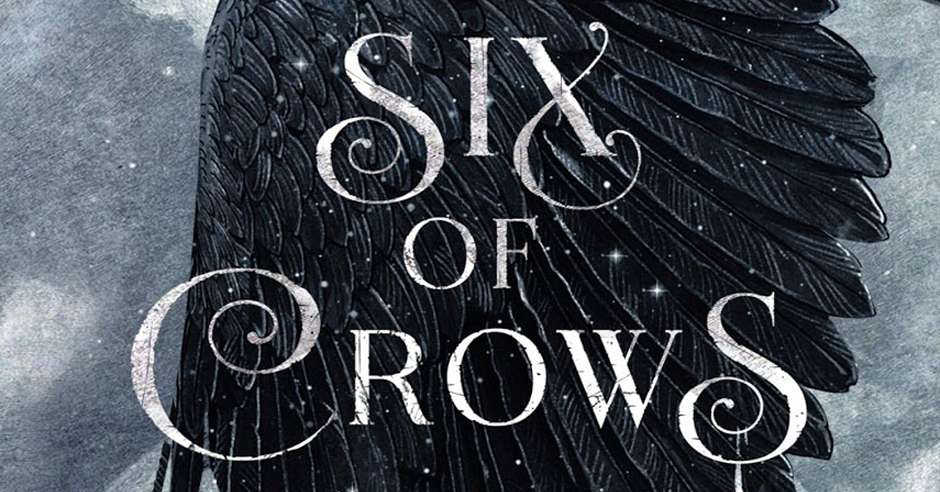 With Six of Crows I have a new addition to my list of favourite authors. Straight off the bat and clear over the fence for six, I’m going to set the tone of this review right there. Abercrombie, Lawrence, Weeks, Martin, Lynch, de Bodard, Fletcher, Marshall – add Bardugo to this list, immediately.

Six of Crows follows a group of criminals – the leader Kaz, Inej the wraith, Jesper the sharpshooter, Nina the grisha (mage), Wyland the rich kid thrill seeker and Matthias the witch hunter – as they attempt to pull off a heist big enough to wrench them all from the lap of poverty in the Barrel (the slums) and to far better, and far richer, lives. The story’s primary protagonist, Kaz, really drives Six of Crows by being the mastermind behind the heist attempt and by hiding clues about the action from both his fellow characters and the reader. 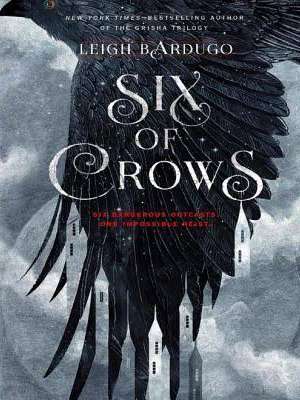 One of the things I love about this book, and a primary reason for my recommendation, is how well fleshed out the characters are. Each has a well thought out primary drive and goal, and a genuine reason to keep that hidden from everyone else in the group. By providing that level of intimacy with each character, Bardugo really ensures you invest in each character. And not in the way you get with Game of Thrones where you get obsessively invested in a few characters and just itch to completely skip other characters’ chapters until they become more interesting three books in, but in a way you are genuinely invested in every point of view from the outset. Some of the highlights for me include, of course, Kaz – his shark-like way of looking at the world is thoroughly enjoyable, even more so when you find out the reason for him being the way he is and see a chink in his armour start to develop – and, even better, the story between Nina and Matthias. Their history and its effect on their ability to trust each other (especially when neither is able to tell each other the truth) is thoroughly enjoyable, especially in the way it ties to the central conflict of the story. Even delving into Jesper and Wyland, who seem like more secondary characters than the first three I mention here feels gripping and enjoyable and engaging.

The flashback scenes I had mixed feelings about. On the one hand, they added incredible depth to the characters. On the other hand they felt like they appeared near half way through the book when, for my tastes, I wanted them earlier. but those scenes added so much depth to the story that I can hardly fault the author here.

As far as the writing goes, Bardugo provides clean prose that’s easy to rip through at a pace that sometimes has you forcing yourself to slow down and properly make sure you’re picking up what she’s putting down so you don’t miss anything. At least it did for me, but I’m thoroughly excitable.

When the ending came, I saw a decent piece of it coming – I imagine most dark fantasy and grimdark fans did as we tend to be cynical buggers – but still, I loved every line of it. Bardugo has provided a thoroughly engaging cast of characters telling an un-put-downable story in a dark world I couldn’t get enough of. She is a grimdark Scott Lynch and I’ll be damned if I don’t think this doesn’t hit it out of the park on the same level – if not more – than The Lies of Locke Lamora, an all time favourite of mine.

I highly, highly, recommend Six of Crows. Do yourself a favour and grab this book immediately.