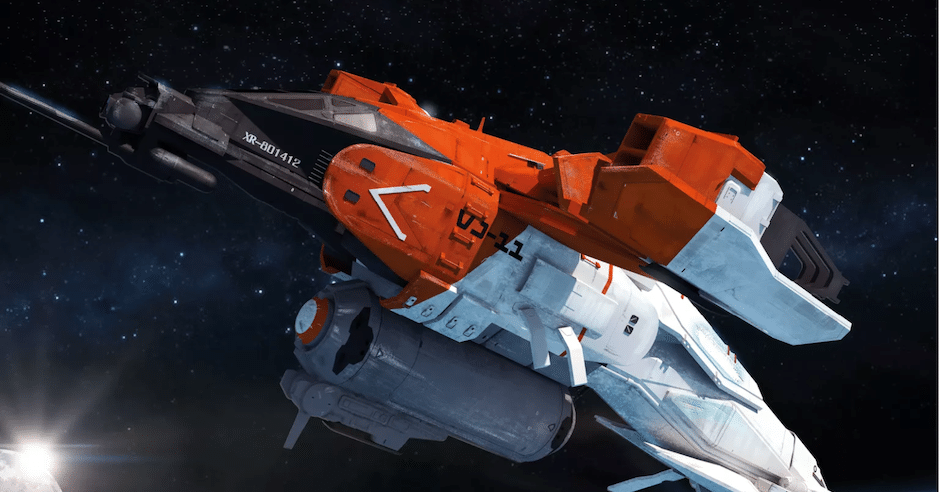 In Sixteenth Watch by Myke Cole, he again writes a modern military science fiction that is solid. Myke Cole is everywhere right now. He has put out multiple novels in the last few years, including The Sacred Throne series, which has The Armoured Saint, The Queen of Crows, and The Killing Light. He has also written the non-fiction book Legion Versus Phalanx about the phalanx formation through history. Myke also has a sizeable military fantasy series, Shadow Ops, which is a comfortable place for him. Myke is very good at doing a military fantasy that is believable, which is probably why Sixteenth Watch was so good.

“What do you want me to teach these guys to do?”

“We need you to get them in shape for this year’s Boarding Action. Commandant thinks if we win, it’ll give us the hand we need. It’s a major media event, watched by millions of Americans. If we win it, that’ll give us the leverage we need to stay on, and if we stay on, we can keep the Navy from turning quarantine-runners into a pretext for war. SPACETACLET came close last year…”

Oliver blinked. “We’re going to stop a war… by winning a game show?” 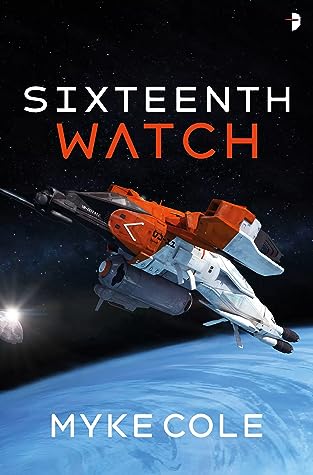 Sixteenth Watch follows the narrative of Coast Guard Captain Jane Oliver. Jane is a career captain coming to the end of a career and heading towards retirement. The temperament of the different armed service branches are very different.  They have varying goals and needs in doing their duty. These differences are put in stark relief between how Jane conducts herself and her ultimate goals as a Captain and eventually Admiral in the Guard. The Coast Guard is a military division whose purpose is to watch the coasts of the US. They provide search and rescue, coastal defense, and ensure maritime law is respected and abided. In this story’s future, the United States and China are in a resource race for mining the Moon for a mineral called Helium-3. The tensions run high between the two powers, and border pursuits are often raised. Border tensions and following military law are, by definition, the purview of the Coast Guard. However, in this scenario, the Navy is handling border issues, which raises the tension between the two nations. Jane’s ultimate goal is to provide the proper support and training to get the Coast Guard out there protecting the border. To do this, Jane needs to train a team for a very public boarding competition between the different armed services. She has two months to get a group up to the level of other armed service boarding teams and win the competition. Thus ensuring that the Coast Guard receives the respect it deserves and is allowed to protect the border as it should have been doing all along. This competition does not go as planned. The world at large and the military higher-ups make life difficult for her and her team.

Cole is a retired Coast Guard veteran. His military experience and familiarity with the Coast Guard shows. There is an authenticity to the way he wrote both the action scenes and the scenes involving regulation and code. Because of Cole’s experience as a Costie (slang term for Coast Guard), you know that this scenario is entirely plausible in a future world. There is quite a lot of technical jargon used in the creation of this story. The jargon might be off-putting to some readers, but frankly, I enjoyed the hell out of it. The real world jargon did not come off trite, and it put me into this story and kept me there. By the end, I learned what a border team was, different military ranks where, and parts of a ship.

The pacing was non-stop, and the ending was so breakneck that I had to put down the book and take a breath. Cole’s battle and boarding scenes were done with so much detail you could almost smell space and hear the plasma guns.

“Nothing after the words’ with respect’ is ever entirely respectful, Wen.”

“With respect,” Ho carefully enunciated each word as he stood, walking to her keyboard. “It’s possible you’re being a little paranoid here. You’re the one who insisted on this school in the first place.”

“With no damn respect, I’m around a hundred years older than you and I have been at this game for my entire life. I am not misreading the situation here.”

Ho clicked the mouse to open the email. “Well, you’re right. You passed.”

Oliver gave an exasperated sigh. “I told you I was smart.”

Jane kicked so much butt as an admiral and a role model. She was at both times a military officer and a person. Cole effectively tempered the duties of a military commander with a real human spirit, one that is filled with thoughts, fears, and worries for her family. Much like his Sacred Throne series, he has once again excelled at writing a strong woman. I love Jane; I wish there were more Janes in commanding positions. I wish there were more Janes for little girls to look up to and emulate, and I wish there had been more Janes for when I was growing up.

“I need to… I know this sounds stupid, but I need to make your father proud again. One last time.”

Alice reached across and placed her hand on her mother’s knee. “He already is, mom. I know it.”

The story ends on a bit of a cliffhanger and is left open for a sequel. I hope that Myke keeps writing this world because I want to know what happens. Up until now, I hadn’t thought much about the Coast Guard as a strong military organization. I knew they helped stranded ships and provided border patrol, but there is so much more there that I didn’t know. I think for everything that this book offers in terms of character and narrative, shedding light on the Coast Guard and what it is capable of was the best part of reading this. That and how badass Jane is. We need more examples of obstinate women in fantasy and science fiction, and Admiral Jane Oliver and Sixteenth Watch is a perfect place to start.