REVIEW: Skallagrim – In the Vales of Pagarna by Stephen R. Babb 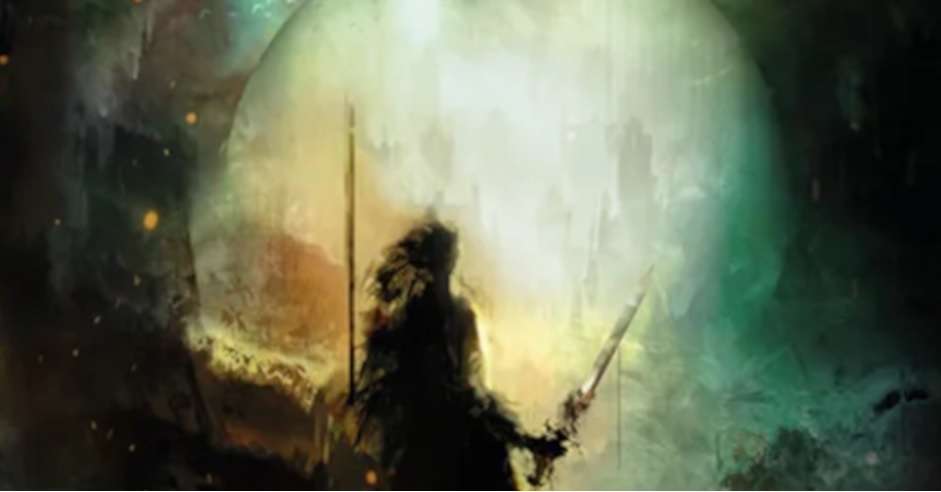 Two years ago I was given the chance to hear a new album by the band Glass Hammer entitled Dreaming City.  I was intrigued and within moments was able to become totally absorbed in the music. I reviewed this album for Grimdark Magazine, and in that review, I stated a hope that there would someday be an actual book detailing the adventures of Skallagrim. Imagine my pleasant surprise at being presented with a copy of this paperback in my mailbox courtesy of the author, Stephen R. Babb. 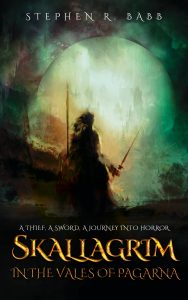 Skallagrim – In the Vales of Pagarna begins much as the first song on the album (The Dreaming City) with Skallagrim himself coming to, after a blow to the head and with some severe memory loss, forced to do battle with a gang of ruffians as an evil wizard steals off with the woman of his…dreams.

“Two things happened nearly at once, both of them bad. First was the horrifying sensation of watching a cruelly curved knife plunging toward his left eye.”

Fighting for survival, Skallagrim can only hang on as he desperately watches in horror as his lady is whisked away, but these thugs aren’t going to let him be long enough to rescue her. He’s not even sure how he’s to win through, as he’s a thief by trade dammit, not a swordsman. Then as he cries out in despair, a wonderous and magical blade drops from the heavens to help him on his quest to stay alive.

“…he dropped his bloody short sword and, reaching up, grabbed the hilt of the alien blade.

Then all hell broke loose.”

That’s how the first chapter ends, setting us on a course along with Skallagrim as he seeks to track down the wizard Forneus Druogorim and rescue his lady. He doesn’t remember her name, just his strong feelings for her and her radiant blue eyes. Though he doesn’t remember what happened, he knows he’s responsible for getting her into this mess and even if she won’t love what he’s become, he’s honor bound to save her from an evil rite of sacrifice in just a few nights hence.

Sets up a pretty good story, doesn’t it? Oh yes, and I found myself racing through on this adventure where everything seems horrible and pretty much is.

“‘Try making sense of the schemes of the mad, and you will go mad yourself.'”

Horrible for Skallagrim, that is. The reader of a grimdark story will get a thrill out of this. More specially, fans of Michael Moorcock’s Elric series should see some strong influences here, from the tortured hero and his wicked blade, all the way back to the author being a collaborator with the band Hawkwind. Steve Babb has his own musical pedigree with his band Glass Hammer, of course. I also got a bit of a Robert Howard feel, from the old Conan stories. Fans of either series, or any dark sword and sorcery tale will find something here to enjoy.

Skallagrim has some thoughts on Archon, the Dreaming City itself:

“Archon was a mystery to him. One day he might return and search out its towers, its crypts, and its labyrinths, find out its secrets and thus untangle the tentacles with which the city had snared his mind.”

This kind of writing will pull a reader (or listener) into the epic wanting more. And from what I have gathered, this is the first book in a series about Skallagrim, so there is much to look forward to down the road. There are more albums to enjoy too, as it turns out.

Read Skallagrim – In the Vales of Pagarna by Stephen R. Babb