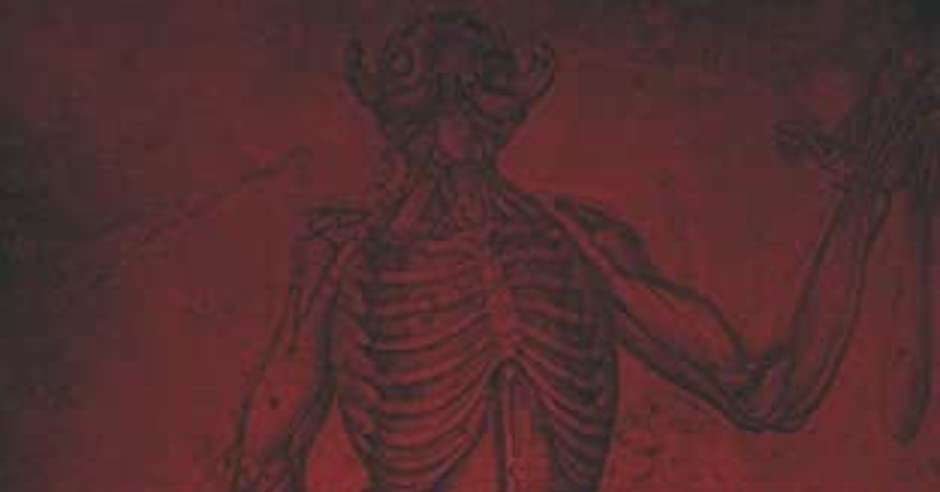 Skin is a novella with a creepy cover image of a human skeleton with its skin removed. The blurb is equally creepy, giving us the promise of a horror tale set in a fantasy world. It suggests a story in the vein of John Carpenter’s The Thing, with a setting similar to the realms of Game of Thrones. With this in mind, of course I wanted to snatch it up and read it right away. 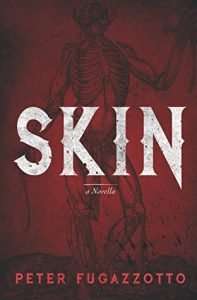 The Thing is an apt comparison, as the story takes place in a desolate location in the dead of winter. There seems to be a monster that’s stealing the skins of people and replacing them in this micro society. Of course, as the characters learn this horrifying truth, they aren’t sure who is still themselves or who might be “it”.

Hemming is an old soldier, a veteran of a long career of warfare. He’s burnt out on all the pointless killings and endless conflicts that don’t seem to be going anywhere. He wants to get away from it all, so he asks for an assignment on the border in a remote keep. Across the border is another keep that is manned by the enemy. But this should be an easy job with little action, as the only thing these two forces do is sit there to make sure the other doesn’t cross. Even when fighting is thick elsewhere, at this site nothing ever happens.

The choice of compacting this story into a novella is a huge strength of the story. The author was able to trim the fat and get right to the heart of the matter, catching the reader’s attention and holding it in a state of suspense all the way through. It’s long enough to get to know the main characters and become familiar with the setting, but not so dense that it takes hundreds of pages to understand what’s going on. It’s really a great blend of tense horror and condensed epic fantasy.

I will say that while the comparisons to The Thing are spot on, the Game of Thrones resemblance is much less defined. I understand that this is a marketing tool geared towards grabbing the attention of the casual fantasy fans, and GoT is of course the most recognizable brand in that genre. But the world here isn’t portrayed as deeply or as complex, though it certainly could be in a larger, separate work. I would be interested in reading such a thing, to learn more about this fantasy setting, but for the sake of this story, the length of narrative and brief worldbuilding is just right.

What strikes me most about this story isn’t the monster itself or even the tense scenes where it’s confronted. Those are fine and good, but for me the terror of it all is set in the foundation of what it’s really about. That is, a combination of the debilitating effects on the psyche of extreme cold with the planting of the seed of paranoia in the mind. Hemming and the others are already miserable to some degree as the blizzard sets in and makes it even colder. Then the bad stuff starts to happen. I’d say it adds fuel to the fire, but that takes away from the imagery of just how painfully cold it is where they’re at.

But then just when things are almost completely hopeless, Hemming learns that he can’t even trust his companions. Any one of them could be the monster. The human brain starts working, looking for telltale signs of monstrosity from one’s comrades and making more of what it seen than should be. But you can’t be too careful, right?

That’s where a good horror story completes a total mindf**k on its readers.