REVIEW: Smoke in the Glass by Chris Humphreys 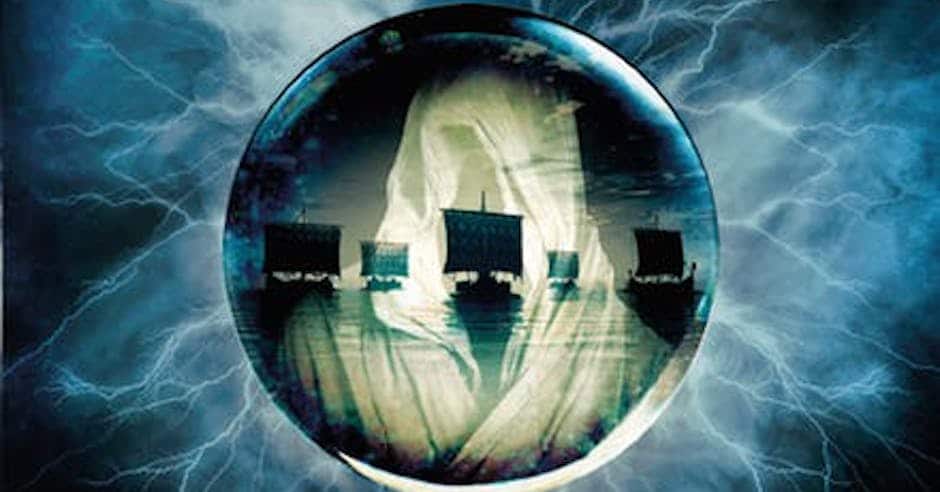 Who wants to live forever? Smoke in the Glass, historical fiction writer Chris Humphreys’ first foray into adult fantasy, is a tale of four worlds where a lucky few are blessed with immortality. While these immortals rule as gods or eternal noblemen in three of the four, none realize that their ‘worlds’ are a single land, separated only by towering mountains and fathomless seas. And for the first time since the dawn of history, someone is crossing these boundaries to hunt immortals and bring death to the deathless. 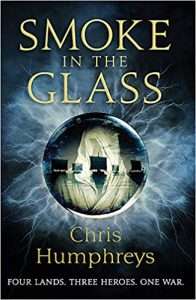 Smoke in the Glass is primarily told through a trio of third person narrators–each from a separate world–with occasional forays into the minds of side characters. In Corinthium, a land with a Greco-Roman feel, readers follow Ferros, a soldier deciding if his recent immortal rebirth is a gift or a curse. Across the sea, the mesoamerican-esque island of Ometepe is ruled by an immortal god-king who’s preserved power by slaughtering his fellow immortals (decapitation and fire causing permanent death) as well as his own sons. His favored (and newly, tragically pregnant) wife Atisha acts as the primary POV character in this land. On the other side of the map, frozen Midgarth is home to a Norse-inspired culture of warrior-god immortals and our third protagonist (and my favorite of the three), Luck. While Luck is afflicted by scoliosis and a clubbed foot, his keen mind and ready wit make him the first to catch onto the immortal-killing conspiracy and track the killers across worlds.

While this book almost feels like three separate novels at first, the author does a great job of gradually weaving their common threads together into an intricately cohesive narrative. Although the primary plots move a little slowly at first, intriguing worldbuilding (a little more on that in the next paragraph) and the trio of engaging characters was enough to keep me invested through the early chapters. While there is a fairly large cast beyond the primary POV characters, I never had any issues keeping them straight. Their distinct traits (and three separate settings) made them easy to distinguish, and the author included a helpful dramatis personae in the front of the book just in case. If there’s one thing Humphreys excels at, it’s dropping little mysteries to keep the pages turning. Who’s killing immortals and why? What do Ferros’s fellow eternals want from a simple soldier like him? Why are the mysterious black-eyed priests so interested in Atisha’s child? The author does a great job of building reader curiosity and then rewarding it with solid answers.

On the whole, one of the aspects I appreciate most about this book is the way Humphreys thinks through the implications of the more fantastical elements of his setting. Corinthium, for example, isn’t just a carbon copy of ancient Greece with a few immortals tossed into the mix—it’s a place that’s been fundamentally and convincingly altered by five hundred years of immortal rule. The undying make up an elite class, swiftly gaining military rank or ascending to the all-powerful Council of Lives. Desperate mortals, in an attempt to join them, form illegal suicide cults and worship a goddess of death and rebirth. It’s difficult enough for any author to craft a single world with a convincing culture, religion, people, and any of the other countless aspects that make up a secondary setting. One has to respect a writer who takes on and succeeds in the challenge of including four in a single novel.

If I had one major qualm about this book, it would concern the ending. While I enjoyed the en media res opening chapter with Ferros and a fellow soldier preparing to ambush a crew of Saphardi raiders, I was less keen on a closing that stopped smack in the middle of the action and introduced an entirely new mystery. There’s a difference between ending on a cliffhanger and dangling a reader over an open volcano until book two comes out.

Closing chapter aside, I really enjoyed this book. Smoke in the Glass isn’t pulp–Humphreys’ plot, prose, and characters give this book a sense of quality and gravity without skimping on fun and readability. If readers are in the mood for traditional fantasy with historical verisimilitude and a mythical twist, this is the novel for them. For grimdark readers in particular, certain aspects of the story (the suicide cults, a flaying or two, and a pulse-pounding duel reminiscent of Fenris the Feared and the Bloody Nine) will hold special appeal. I’d give this novel 4/5 stars, and I’ll be awaiting book two with the impatience of a man who is very much mortal.

Buy Smoke in the Glass