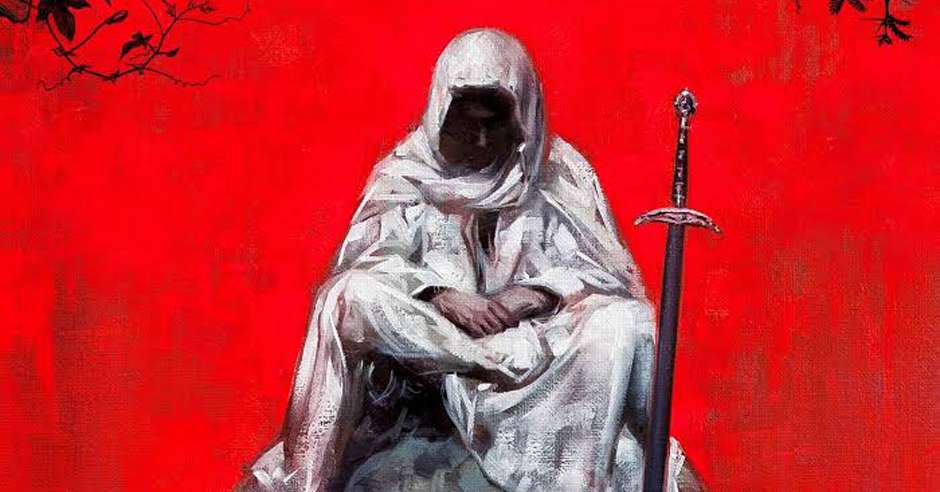 Make no mistake: Snakewood is grimdark. It’s grimdark and then some.

Moral ambiguity infuses all the major characters, and no clear line is ever drawn between right and wrong, good and evil. Snakewood is not about the clash of light vs dark. There’s no Gandalf sauntering back from the dead all swathed in white, a worthy cause his for the claiming. Even so, this is a novel that respects the bonds between soldiers, the promises owed to friends, and the loyalties that bind a person to those they love. In Snakewood, it is these down-to-earth values, rather than loftier ideals, that are worth fighting and dying for. 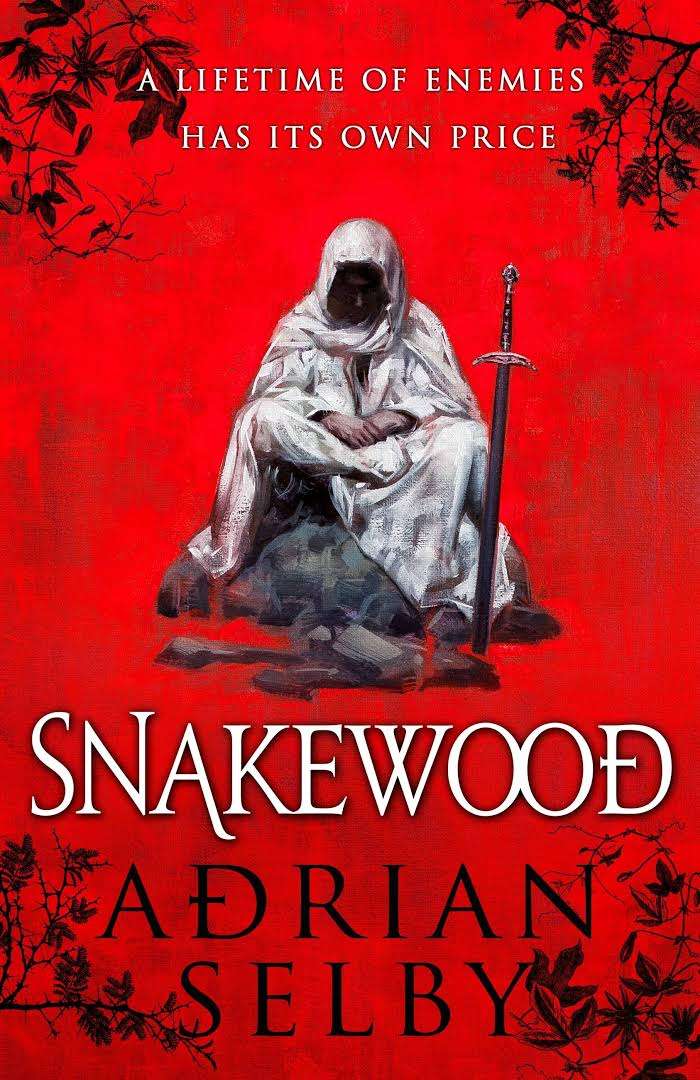 Snakewood is set in a gritty fantasy world where trade and commerce are controlled by the multi-national organisation known as the Post. While magic might not exist per se, soldiers do make use of alchemical “brews”, potions that invest them with almost superhuman abilities. Enhanced strength, dexterity, and vision, as well as other more specialised abilities, are a mere thirsty quaff away.

Brews are prepared by alchemists called drudhas, and a brew’s potency depends as much on the drudha’s talent as it does on the quality and type of “plant” used in the preparation. As the mercenary Gant puts it, “When you line up against a crew, you’re really lining up against their drudha.”

The brews act like an illicit drug, giving the user a “rise”, followed by a “fall”. It is the tactical use of brews that often decides battles, and it is in the battle scenes that Selby excels. The tactical use of brews, poisons, and alchemical salves makes for rousing reading and adds a dimension beyond the usual hack and slash. Soldiers launch poison spores on arrows, coat their blades in lethal toxins, and try to outfox their opponents by attacking before the enemy are fully “risen” on their own brews.

The plot revolves around Kailen’s Twenty, a crew of once-legendary mercenaries. What set Kailen’s Twenty above the other mercenary companies was not only Kailen’s tactical prowess, it was his drudhas, Kigan and Ibsey, and the fierce brew they mixed, nicknamed “the Honour”. (So called because the first time they slugged down the mix, Kigan told his crew: “You should be fucking honoured.”) Only the Twenty’s drudhas and Kailen himself knew its recipe, and on the Honour, the Twenty were nigh on unstoppable.

When the story begins, the Twenty’s glory days are long past, the crew disbanded after an ill-fated parting at Snakewood. Someone, though, holds a terrible grudge connected to their past. Someone is murdering them one by one. With each dead mercenary has been left a black coin, the signatory gesture of a purse betrayed, a purse being the slang for the employer in a mercenary job. It falls to Kailen to reunite his old crew and face this threat before they are all killed.

The narrative features multiple points of view: the Twenty’s former leader, Kailen; the aging mercenary Gant; the mystery assassin who is hell-bent on murdering Gant and the other members of the Twenty; and the bitter young woman Galathia – wronged as a child by the Twenty and now in league with the Post. The most significant storyline follows Gant and his friend Shale as they attempt to join with the other members of their old crew, get to the bottom of who would want them dead, and bring the fight to their adversary – a fearsome killer who possesses a brew more potent than even the Honour.

Selby deftly handles the shifts between characters. When the assassin and Kailan clash in the slums of the Crag, we take Kailen’s viewpoint, as he is the vulnerable character, the one on the backfoot. At this early point in the novel the assassin’s identity is still mysterious, and so taking Kailen’s viewpoint allows us to follow him as he struggles to puzzle out who is trying to kill him. It is only later that we delve more deeply into the assassin’s character and history.

Later, as the assassin tracks Gant and Shale, the scenes shift viewpoint between the opposing parties. Thanks to Gant’s viewpoint, we know he is gravely wounded, perhaps dying, and how serious the stakes are for him. And when we are in the assassin’s viewpoint, we can feel his determination and anticipate him closing in on his quarry. These multiple viewpoints work well for the cat-and-mouse sections in the latter half of the novel.

Although the Gant point of view is the novel’s backbone, the narrative is non-linear, skipping backwards and forwards in time. To my mind, the narrative structure of Snakewood actually resembles certain crime fiction novels more than it does standard fantasy. Gillian Flynn’s Dark Places and Belinda Bauer’s Rubbernecker are two excellent novels that have somewhat similar narrative structures, in that some past crime is slowly revealed through multiple viewpoints and different timelines. While Snakewood might owe some of its broader narrative structure to crime, the scenes themselves are wholeheartedly grimdark fantasy. The battles are plentiful, the violence lavish.

Despite the focus on pacing and action, Snakewood is not a shallow book, and it is clear that Selby has taken considerable pains to craft the world and characters. Commerce, money, and trade underpin the world building. For example, Galathia’s husband Alon is a rich merchant, and it is his trade connections and association with the Post that provides Galathia’s financial backing as she carries out her vendetta against the Twenty.

The battles of the Twenty in their glory days are also usually related to struggles over land, riches, and trade. Several of these are recounted in chapters styled as historical reports. One of Kailen’s most famous victories occurs at Ahmstad, where he negotiates a bloodless victory through knowledge of levies and land ownership.  Selby’s attention to these details lends realism to Kailen and the Twenty, who, after all, are mercenaries with a hunger for coin and wealth.

This is a novel I thoroughly enjoyed, and I share none of the reservations that some other reviewers appear to have expressed. I give it nothing but the highest recommendation. I consider it one of the best novels I have read this year, but with the caveat that it is not a book for everyone. Some will find the time and point of view shifts confusing. Others will be put off by the violence and darkness. Many will dislike the lack of any firm moral ground to stand upon.

But if yer likes yer meat with a bit of gristle, then Snakewood might be what yer hungering for.