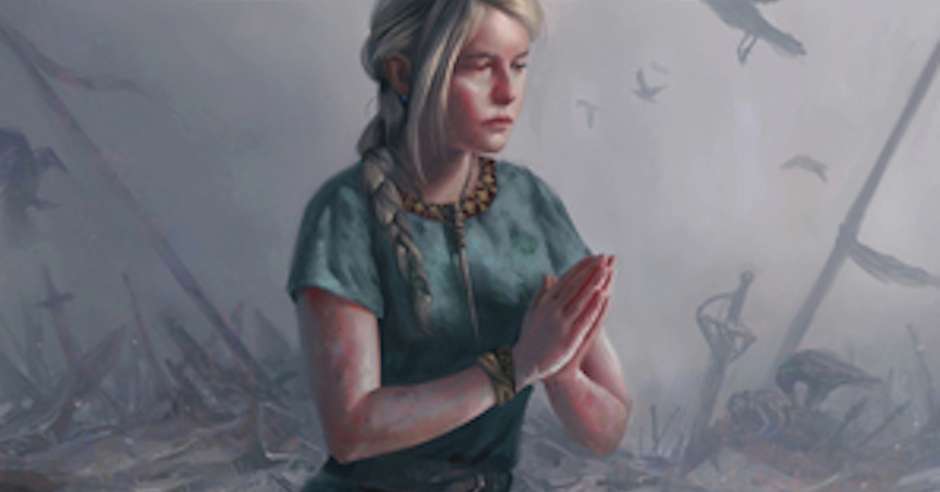 The hands of power are shifting in the land of Ardia. Nobles and the criminal underworld are forming and betraying alliances. A war is looming. In this ruthless world, no one can remain innocent nor unscathed. Michael Sliter’s debut novel Solace Lost pays homage to all that defines grimdark. 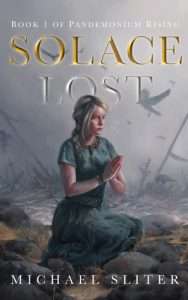 Solace Lost is unapologetically bleak. There are no true comic relief characters. The few scenes of camaraderie are fleeting.  Sliter wastes no time in displaying Ardia as squalid and dangerous. It is evident that the streets and government are ruled by the corrupt. He assaults the imagination with vivid imagery of sewer streets and those living in despair. Solace Lost is gritty and tragic, but within its violent depiction resonates the sheer willpower to survive.

Solace Lost is told through several perspectives. The first character introduced is Fenrir de Trenton. He works for the criminal organization known as The House. With a bad knee and unusual knack for botching his jobs, he is not your typical “hitman.” Merigold Hinter starts as a naïve youth, working for her father’s inn. She yearns for adventure and romantic love. Her journey is gravely harrowing. While Merigold suffers the most, Sliter wrote her character and plight with care.

While not given as much page time as some of the others, Hafgan Iwan is a phenomenal character. He is a Wasmer, a humanoid species. To assimilate with humans, he shaves his face twice a day, files his teeth, and learns their language. These attempts are near futile. Despite his best efforts, Wasmer are not accepted within the human community. The traditional Wasmer also sneer at those trying to assimilate by giving them a derogatory name the “budredda.” Sliter accurately depicts the struggles of not being accepted and not having a rightful place in society.

While political upheaval is waging in Ardia, Solace Lost primarily focuses on the personal developments of its characters. A good portion of this novel’s beginning is less about the upcoming war, and more about the characters and their intimate struggles. Even after the main events pick up, the most memorable atrocities in the novel are the near invisible battles endured by Sliter’s characters: poverty, sexual abuse, racism, etc.

The magic present in Solace Lost offers only a glimpse of its full capabilities. Since magic is technically outlawed in Ardia, we see magic performed in its rawest form–used by the inexperienced and sometimes recklessly. I’m eager to see how magic manifests later in the series.

Michael Sliter’s debut embraces what I love about grimdark with morally gray characters, a merciless world, and dark themes. Solace Lost is the first in the promising Pandemonium Rising series. I’m eager to read more.