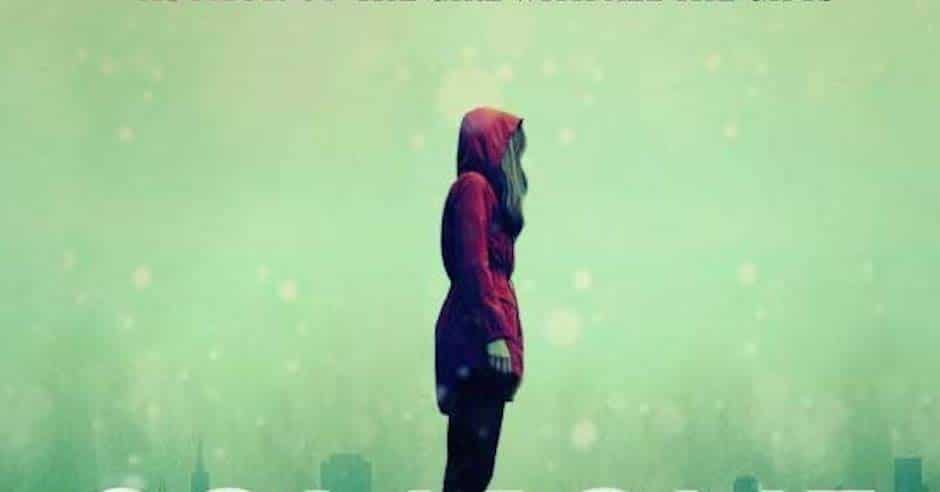 I received an advanced review copy of Someone Like Me in exchange for an honest review. I would like to thank M.R. Carey and Orbit Books. Minor spoilers may follow. 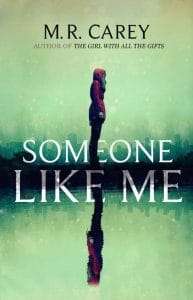 This narrative opens with Liz’s ex-husband Marc attacking her when she asks why her kids are back so late and refuses his request that they should be able go out for a meal that night with their father at this late hour. He throttles her, in an extremely violent fashion, and something in Liz changes, perhaps even takes over so that Liz is an observer in or around her own body. She stabs him in the face with a broken bottle and then returns to her normal calm and grounded self. Was it her that was that violent even though it was self-defence?

This is an exceptional psychological thriller that blew my mind. It follows four point of view perspectives in the third person. I won’t say whether or not the same character is presented in these point of views by their different personalities… but why would I write that if that wasn’t the case?

The two main characters are Liz and Fran. Liz is the loving, devoted and admirable parent who has a violent ex. For ten years she thought his apologies were legitimate as she is a decent yet blindsided lady who loved her children as any mother would. Fran is a teenager who has hallucinations, mental illness and has had a horrific ordeal when she was six years old and was kidnapped by a deranged individual for having a strange shadow. She also has an imaginary protector called Lady Jinx who is a fox, wields a sword and looks after Fran, and is one of her only friends and companions… even though it is only in her mind.

It’s very difficult to review this book without spoiling what happens. Essentially, Liz has two personalities. A Liz and a Beth. Beth is a being who has died 100’s of times in alternative universes after being murdered by Marc. Her life was almost a parallel of Liz’s with the same lover, children, habits, haunts, and lifestyle yet, as I recently read in Mark Lawrence’s One Word Kill the theory is presented that every decision you can make, in an alternate universe your choice would have a differentiating outcome. Beth crosses worlds after death and haunts Liz. Wanting to take over and do what she wanted to do to her universe’s Marc and raise the kids she lost the way she would. It’s deep, haunting and a little bit mind-bending.

There aren’t many main characters in this. It is almost entirely focused on the main two players who I’ve mentioned’s life and families. We have Zac who stands up for Fran at school after protecting her when she’s called ‘Freaky Fran’. Molly, Zac’s sister, is a hyper 6-year-old who has the imagination of the finest writers and the way she questions all would put politicians to shame. There is also Fran’s awesome father Gil who is the epitome of how a single father should be, without taking into consideration that his daughter sees changes in her reality as frequent as she visits her school.

Someone Like Me was really interesting and intriguing for me and I’d love to know what research M.R. Carey did to get the insight into his characters’ minds. I’ve suffered from mental illness and I’ve seen the ghosts or the shadows at the end of the room or by the door that shouldn’t be there. I personally have changed plains whilst still being awake in this world. I’ve heard voices of friends in my mind telling me stuff even though I’ve not seen them for five years. These experiences are included here but heightened sevenfold so I’m interested how true what is mentioned here is accurate in real life cases. But I digress, this is an absolutely spectacular book that has far too low a rating on Goodreads for its quality. I’ll be checking out his past and future works as soon as I can.