Review: Son of the Black Sword by Larry Correia 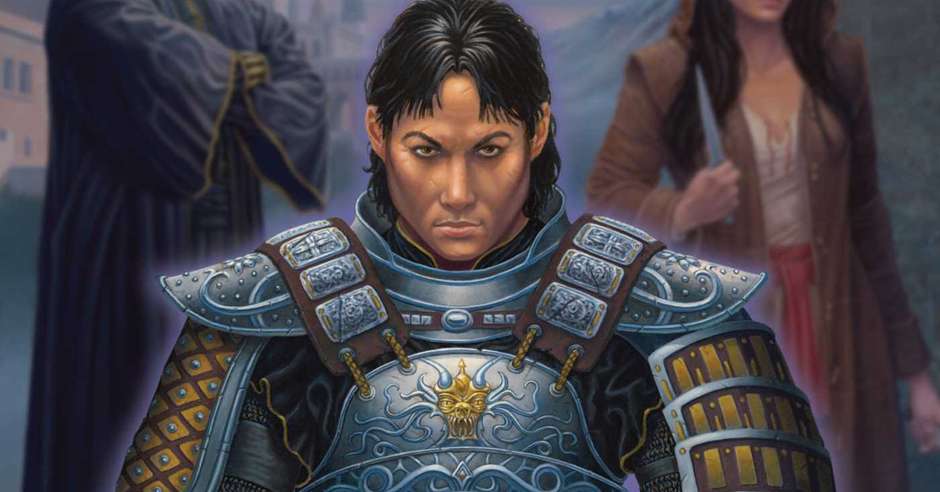 I first came across Larry Correia while I was doing what most failed writers do—browsing the internet to find out how I can become a better writer instead of actually writing. Correia and author John Brown (The Dark God series) were doing a writing seminar that someone had kindly posted to YouTube. Correia seemed genuinely enthusiastic about writing gritty, entertaining SFF. When I searched out his books at the time, however, I found that both his Monster Hunter series and his Grimnoir Chronicles featured guys and gals with large machine-guns on the cover, and I’m just not that into guns. So I never delved into Mr. Correia’s oeuvre. Well, that changed recently when I surfed across Son of the Black Sword on Amazon and decided to give it a try.  Overall, with a few reservations, I’m glad I did. Although it’s not what I would call a literary masterpiece (see last issue’s review of Ian Tregillis’s The Mechanical), I enjoyed it and I think Grimdark Magazine readers will enjoy it as well. 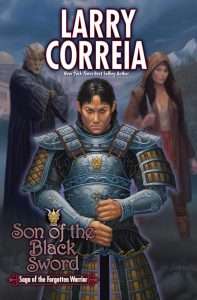 Son of the Black Sword is a heroic fantasy novel set in a medieval-style world of magic swords, archaic magic elements and relics, and plenty of war. The story follows Ashok, the reluctant hero—a somewhat typical downcast orphan with a mysterious past, who finds himself on the wrong side of, well, pretty much everything—on his quest for justice. But do justice and ‘the Law’ always coincide? Ashok must find out, whether he wants to or not, and the stakes are high. Luckily, he has his sentient black steel sword, Angruvadal (think of a slightly nicer sibling to Elric’s Stormbringer) by his side to slay anyone who gets in his way.

Ashok is a Protector, an enforcer of the Law that has replaced the mysticism and superstition of the Age of Kings. Protectors have a secret force, the Heart of the Mountain, which gives Ashok nearly unbeatable strength, agility, sensory perception, endurance and pretty much anything a hero would need to kill his enemies—breakers of the Law. And Ashok, the Black Heart, is as ruthless and deadly a Protector as has ever been known.

But Ashok is not the only character who has a stake in this melee, and as such, he is not the only viewpoint character in Son of the Black Sword. Jagdish is a dishonoured guard/warrior of the House Vadal, who hopes to regain his honour and give his loving wife a respectable life. Rada is a librarian and scholar. She puts her life on the line to find out exactly how their land, Lok, transformed from the Age of Kings to the Age of Law in the first place. Keta is a religious disciple, a Keeper of Names, who hopes to bring back the spirit of Ramrowan, the great hero who rid the land of demons and forced them into the oceans. He is convinced that a prophet has foreseen the coming of a great hero to bring spirituality back to Lok.

Correia sets this complex tale in a well-wrought story world.  Lok is a place where many feudal Houses compete for pre-eminence, and the rise of one House often depends on the fall of another.  Within the Houses is a rigid caste system in which movement seems nearly impossible.  While the ‘firsters’ wine and dine in fancy clothes, the ‘casteless non-beings’ labour at the worst tasks to earn a barely subsistent living.  In between rich and poor, warriors, workers, and merchants maintain their stations. Demons, relics of a past religious apocalypse, inhabit the oceans and occasionally take to land to create mayhem, as if this world needed more mayhem than its humans already create. Embedded in the world are some very compelling and vivid settings—a prison for Law breakers, a river barge floating under a well-defended bridge crammed with archers, a ‘firsters’ party, a mountain trek, an icy village, and several other nicely painted backgrounds that figure adroitly into the action. I really felt like I was standing in a pink slushy mixture of blood and snow fighting Somsak warriors or chasing a demon through a web of rope bridges in a coastal slum village. Correia obviously gave this a lot of thought with the intent of creating a home for an expansive story world, and it pays off for the reader.

Most of the novel is pretty much just people sitting in taverns and talking in this really cool story world. Just kidding! There are some fuckin’ epic battles and fights that take place in Son of the Black Sword (‘cause if there weren’t, I’m pretty much fired at this point). Corriea obviously loves a good fight and has taken great pains to make the timing and details of the fight scenes in Son of the Black Sword just right to kick your arse. There are a great variety of frays here. At first I worried that Asho