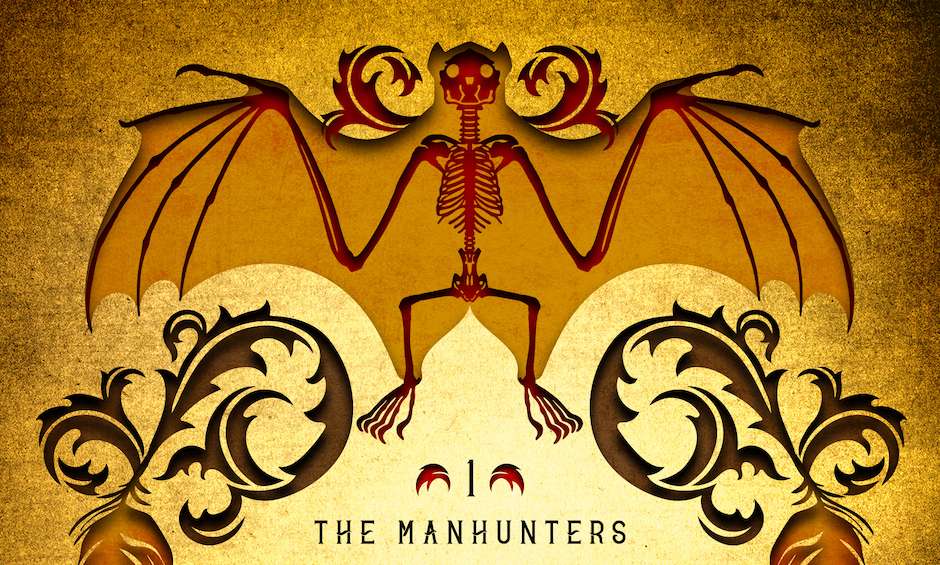 Book One of the Manhunters series, Song by Jesse Teller, starts off with a hook, with our “hero” Rayph playing a game in a bathhouse and a serving boy approaches. “I’m afraid we are about to be interrupted,” Rayph said. 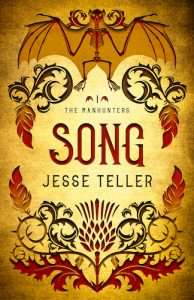 And just like that, we’re thrown into the action. I wasn’t sure what was going on or who these people were, but my interest was piqued from the get-go. I am pleased to say that it never wavered.

Rayph is an old wizard of several thousand years and was once the protector of the kingdom of Lorinth. Some major fallout happened between him and the current king, and he walked away from his post. It’s hard to break 10,000-year habits though, and he is watching out for the kingdom he loves from the shadows.

We see right away that a major event has happened, as this opening chapter is pointedly set “one year after the escape”. Well, this interruption that Rayph must face is a result of that escape, and we soon learn along with him what happened, and how it is playing out going forward. Seems that a bunch of super villains were locked away in a prison and they have now been busted out. Some of them want revenge and others are just straight-up nasty bastards. Once Rayph finds out who the ringleader is, he learns that Black Cowl has a target for assassination in mind, the current king of Lorinth.

The rest of the book follows this plotline, as Rayph must battle with his grudge with the king and his oath to protect the kingdom and its royal family. Labelled a criminal by the king, he has to go underground to gather up a team that will help him prevent the assassination and round up or kill the escaped baddies.

As enthralled as I was in the main storyline, I was even more intrigued with a secondary plot which ties in eventually. The character of Konnon quickly caught my attention and I was most excited when his POV chapters came up. He’s a bounty hunter with a past (aren’t they all?), and what makes this so interesting is that we learn his past gradually, in small pieces. It’s easy to relate to this guy after we see what he’s been through.

I kept thinking about another book I’ve read recently, Kings of the Wyld by Nicholas Eames, because a big part of the story early on is an old veteran character is rounding up a band to work with after what seemed to be a retirement. Add to that the mystery of Steven Erikson, who is well known for just throwing the reader into the action without having any backstory of the world or characters. Like with Erikson, all of the framing material works itself out as it goes along. The payoff in this book is definitely there too, as there are two or three really cool surprise twists by time it wraps up.

I liked this book quite a bit. It is the highest of four-star ratings and was shy of a full five stars because it seems to set the groundwork for something even better down the line. The story is self-contained enough that the reader will feel satisfied, but there are plenty of nuggets staged to set up more books in the series.

I also think it’s safe to say that I’ll be rounding up the books sooner rather than later. (I also see that the author has recently released a collected edition of the three Manhunters books).