REVIEW: Song Of The Centurion by Steven A. McKay 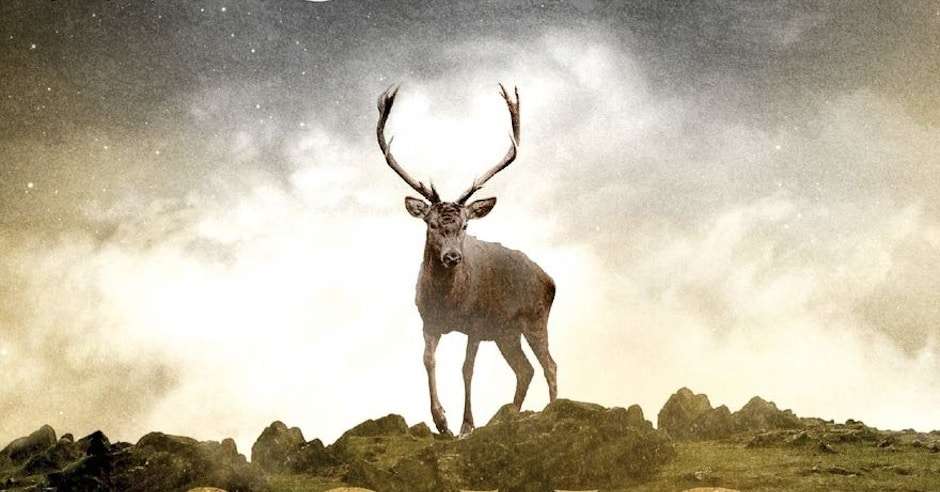 Song Of The Centurion is the sequel to Steven A. McKay’s The Druid. McKay is a rising star on the indie historical fiction circuit and I was keen to read Song since I loved The Druid, an unputdownable novel which absolutely rocked. Set in Britain after the withdrawal of the Roman legions, The Druid has a killer plot and suspense that will melt your face. It contains all three of the essential ingredients which are all too often missing from historical fiction: a powerful early hook (when a young princess is abducted), mystery (surrounding the identity of her captors as well as the reason why she’s been abducted) and horror (caused by the eventual revelation of the grim purpose for which the little girl was abducted). 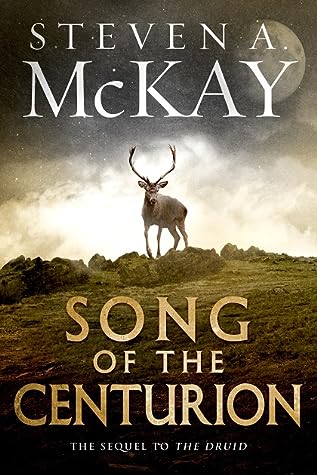 The Druid also contains gritty, confident writing, an original setting and protagonist (the titular druid Bellicus who is ordered to rescue and return the princess), as well as characters who feel three dimensional and whose motivations are always satisfactorily set out. Why aren’t there more historical novels like this nowadays? It also boasts an unforeseen and jaw-dropping twist at the end when the abducted princess’ true parentage is revealed and includes a dash of familiar legend with King Arthur and Merlin making an unexpected appearance. It all sounds deceptively simple, yet I can tell that a lot of craft and thought went into plotting it. This isn’t to mention that the historical background is also solid.

So although sequels to a brilliant first instalment are always fiendishly hard to pull off, I felt confident that there was a lot of great stuff still left in the tank to give the sequel a real shot at matching if not exceeding the high standard set by The Druid. After all, the characters and setting were still as intriguing as ever and the prospective reunion of the Princess Catia with her parents was a big draw for me.

Song Of The Centurion begins where The Druid left off, with Bellicus (Bel) the charismatic and resourceful druid and his unlikely sidekick the former centurion Duro escorting the rescued princess Catia back towards Alt Clota, seat of power of her tribe the Damnonii. On the way back Duro stops by his village to discover that his wife was killed by Saxons, so he decides to return to Alt Clota with Bel and Catia. This is neatly described by McKay, who does a good job of giving Duro a legitimate reason to remain in the story while also satisfactorily addressing the former centurion’s grief for his dead wife.

In the meantime Alt Clota is besieged by enemy tribes. The leader of one of these tribes is a douchebag called Loarn who insults King Coroticus of the Damnonii by openly declaring that he’d sexually abuse the Damnonii King’s abducted daughter Catia. Coroticus, who has been deteriorating psychologically ever since his daughter was abducted, is driven over the edge by the insult. No sooner is the siege of Alt Clota broken than he swiftly assembles a raiding party and strikes deep into enemy lands, in an attempt to kill the insulting Loarn. Yet the raid is an abject failure and Coroticus only survives it through the intervention of his exasperated guard captain Gavo.

The King’s popularity amongst his own people hardly grows after the needless loss of so many of his men, yet Coroticus proceeds to make one bad decision after another. The eventual return of his daughter is heart-warming and well worth the wait, yet does nothing to arrest the King’s erratic slide into further alcoholism and insanity. So that I think that a good alternative title for this novel could be: ‘The Mental Deterioration Of Drunken King Coroticus’.

Eventually Coroticus also clashes with his old friend the returned druid Bel, despite the latter being princess Catia’s rescuer. For the increasing suspicions about Catia’s true parentage soon become widespread rumour, so that the King reacts aggressively to the druid being in the proximity of the Damononii tribe’s queen Narina. After Bel subsequently knocks out his King, a revived but publicly humiliated Coroticus orders Bel to undertake an impossible and fatal mission: to kill Loarn. Bel is left with no choice but to seek to achieve the impossible, joined on his new venture deep behind enemy lines by his sidekick the titular centurion Duro and his surviving loyal hound.

There are many good aspects in Song of the Centurion, particularly the quality of the writing which was taken up a notch and even more confident than that used in The Druid. McKay manages to keep the plotline twisting and turning so that it is hardly ever predictable, with each of the characters’ emotional and physical journeys satisfactorily explored. A high level of intrigue is also deftly maintained between Coroticus, Bel and Narina which is reminiscent of the classic Arthur-Guinevere-Lancelot, Arwen-Aragorn-Eowyn or Jezal-Ardee-Glokta-love triangles, used for the most part to good effect.

However Bellicus’ mission in this instalment is not as intriguing as the one which underpins the main narrative in The Druid. For while the first instalment held me in a vice-like grip due to the uncertain fate of an innocent young princess, it is hard to care as much about a quest that is essentially just the whim of a detestable King in mental free fall. The fate of the Damnonii or of any beloved character does not really hinge on Bel slaying Loarn, so that my care factor while reading this novel could never match my delightful levels of tension while reading The Druid.

So I think Song of the Centurion’s plot lies somewhere between a three and a four on five, with the increased quality of writing just tilting it past four on five stars. The idea of Bel luring Loarn to his death by using a white stag’s head just couldn’t match the gritty realism and high stakes in the first book. In fact I think that a chunk of the second half of the book is best summed up when McKay writes of Bel and Duro – who are deep in enemy territory and attempting to kill a dangerous chieftain – that ‘they grinned at each other like naughty children’. This only lends to the whole mission having more of a light caper quality about it. And that is what costs this otherwise well-written story a star. All that said, the book is a respectable stepping stone which sets up a grand finale in the eventual third instalment.

Buy Song of the Centurion by Steven A. McKay