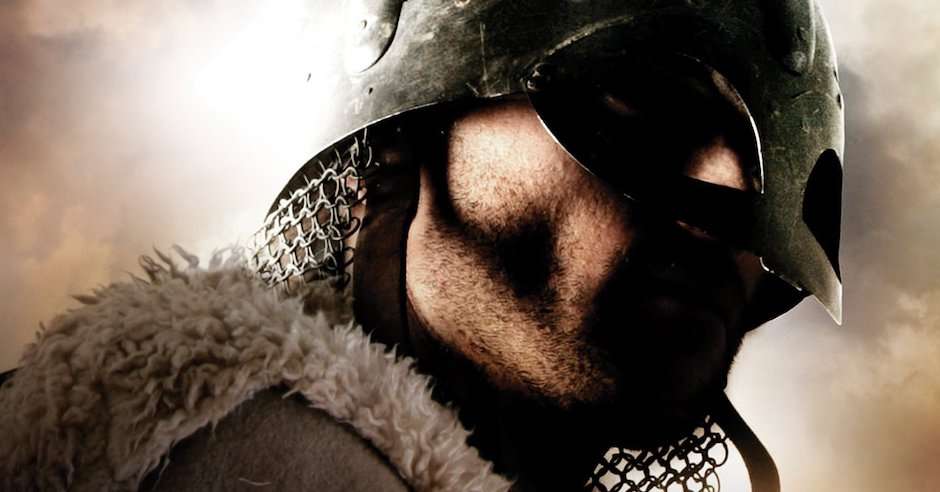 In the name of Odin, Sons of Thunder is a mind-blowing and shield-bashingly good book. The second instalment in the Raven series, Giles Kristian has crafted a rich tale that has everyone you want in a book. 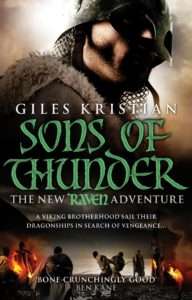 Sons of Thunder picks up straight from Blood Eye, and wastes no time in setting sail into the dark ages. Osric ‘Raven’ is with the crew of Norse traders / marauders (depending on which mood takes them) as they seek vengeance and revenge upon the Saxon king, Ealdred. This tale abandons the Saxon land that we are familiar with from books of Bernard Cornwell, and crosses the sea to the land of the Franks, and the famous emperor Charlemagne.

I really cannot express how awe-inspiring and phenomenal the story-telling is. Kristian’s writing paints a picture so vivid that I can taste the sea air and mead, and see the shield-walls, dragon-ships, and lice-infested beards. The characters are brilliant, with he formidable Sigurd, the witty Olaf, the dark Floki, and many others that nearly steal the show.

“A man’s fate is always shrouded by fog”

The crew are such a high-point of this book. Their banter is hilarious, and the bond they share is real and emotional. The land is grim and dark, yet this band of men just make me wish I was pulling an oar beside them, counting the booty we had amassed and de-rusting my brynja with a sack of sand.

This fresh portrayal of the dark ages is easily among my favourite historical-fiction books. Giles Kristian is a genius at work, and his work has truly captured my attention, with little room for anything else. The pages are seeping with Norse history and information, the language is captivating, and scenes are breathtaking.

“You can go back the way you came, but that course in itself feels stale, for you merely re-live what has already been.”

5/5 – Grim, dark and bloody, there is plenty here for readers of fantasy to love. Please read these books, if it’s the first historical fiction series you read or the four hundredth. You won’t be disappointed.