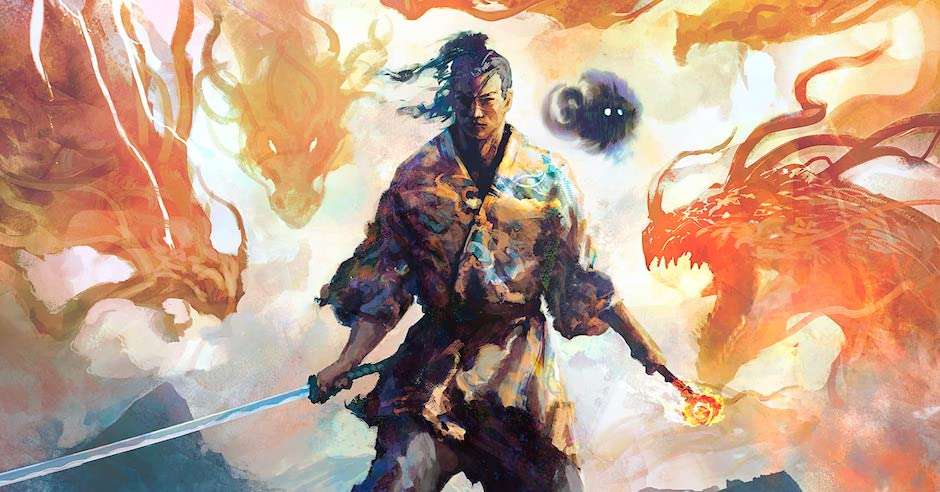 Spirits of Vengeance is the third standalone novel in the Mortal Techniques series by Rob Hayes, following the excellent Never Die and Pawn’s Gambit. Though independent of the first two, this one does build on the intriguing Japanese based mythology and worldbuilding that Hayes set up in those.

”’Sorry then, about stabbing you. But why can’t you die?’ She thought everyone could die given enough prodding with sharp things.” 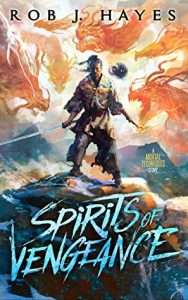 Haruto is on a quest, a lifelong quest. No, make that a many-lifetime quest. He is an onmyoji, trained in the spiritual arts of tracking down yokai, which are spirits trapped in the world. He confronts them, and upon defeating them, sends them on to the other side, freeing their souls. He’s actually a character of legend, though he tries to keep a fairly low profile.

He’s assisted by Guang, a poet of (his own) renown who also has a checkered past but chooses to remain on the down low. Guang has sworn several oaths which prevent him from such things as taking up arms or saying bad words, but he does seem to be of use to Haruto as a grounding force.

Kira appears to be a young woman, though she’s what’s called an onryo, which seems to be a blending of a yokai with a human. She’s unusual though in that her human side is dominant and guides her actions, where other onryo they encounter are the other way around. She has a technique of her own which she’s learning as she goes, manipulating of glass for many uses.

Yanmei is Kira’s teacher and mentor, having worked for years to get out from under the shadow of her infamous father, Flaming Fist. He was a legendary bandit known for cruelty and his control of flames, which she’s had difficulty separating herself from as she inherited his ability. Still, she tries to guide Kira to be the best human she can be.

Shiki is a small spirit that possesses small creatures or objects temporarily, assisting Haruko on his journey.

This motley band moves through our story, helping out villages with spirit issues along the way. Their end goal is to find the group of onryo led by the villainous Herald of Bones which has wiped out a monastery and has much more sinister goals in mind.

”’I committed such atrocities that even the gods took notice of me.’”

Spirits of Vengeance is a much longer work than the first two books in the series and while his craft of language moves the story along nicely, it does get quite long. That’s not a slight, as it’s a book with a great epic feel, but after the quick reads in earlier books the reader might not be prepared. That said, it really isn’t much of a criticism.

What we have here is another great addition to the fantasy slate from Rob J. Hayes, who continues to impress with his versatility in the genre.