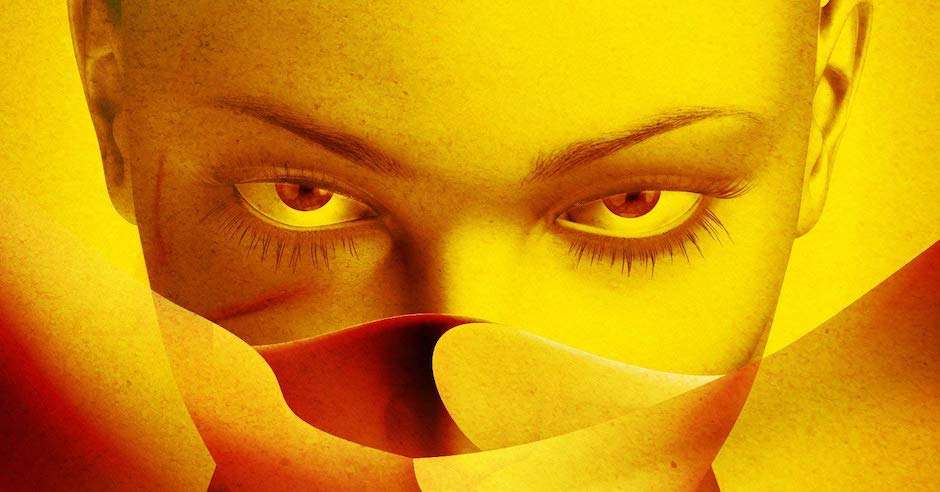 Chaos reigns at the edge of the universe. Ruling in second are all the outlaws. Ten Low by Stark Holborn is the story of an ex-convict known as Ten, and her desperate plight for redemption. 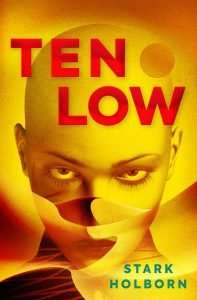 Ten Low takes place on the desolate moon, Factus. This barren land is scarcely habitable, but surviving its harsh terrain is only the first battle. Yellow rot plaques its inhabitants. Organ-stealing cults hunt the rest. There is a force or demon that manipulates the fate of those living here, distorting reality and possibility. Only those with no other choice would dare seek refuge in this wasteland. Yet here, Ten hides from the Authority of Accorded Nations and the bounty on her head.

Ten lives for a tally. Using her skills as a medic, her life mission is to save as many lives as possible. She keeps track of this number, counting each life as if her very own depended on it. At first, her criminal past is shrouded in mystery. We don’t know the full extent of her charges nor why she is compelled to this penance. Her guilt-ridden conscious rarely permitting her to self-reflect, we only get scraps of history to piece together throughout Ten Low. I loved learning more about this conflicted character.

Ten Low begins when Ten witnesses a ship crashing from the sky. She scours through the wreckage and rescues a young girl. To Ten’s dismay, she discovers that not only does this girl belong to the Accord, but she is a General from the Minority Force. A group of genetically crafted super soldiers designed to be the Accord’s greatest asset. They discover the crash was no mere accident, the young human weapon is now the hunted.

“How to explain to this child, who is no longer a child, that the tally is all? That it matters over compassion or fear, that it drives me more than the threat of arrest ever could?”

Ten Low is bleak. The novel challenges us to question whether we control our own lives. It destroys romantic ideologies and replaces them with the importance of atonement. The real story begins when everything seems impossible.

From the quarter of this book and on, the pace of Ten Low is light breaking. I’m not sure if I read or inhaled all the grit and twisted turns of this novel. Its story is a violent course of Dune and Mad Max. I hope we see more of Ten in a sequel. Her story is captivating and ended far too soon.