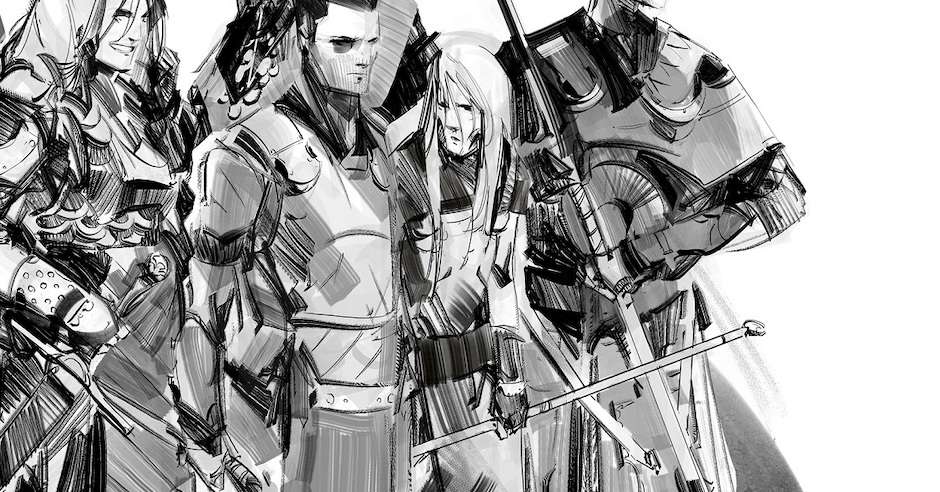 I received an uncorrected proof copy of The Black Hawks in exchange for an honest review. I would like to thank David Wragg and Harper Voyager for the opportunity. 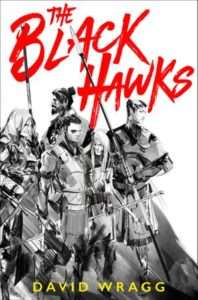 Chel is from a minor noble house and is bored to death working for his step-uncle. He has no real ambitions. He misses his family and cannot wait until he can see them again. The city Chel now resides within is attacked by the Norts with their giant black ships that fling fireballs and huge silk birds who breathe flames on the unfortunate. During the destruction and uncertainty, Chel escapes the city and appropriates an abandoned horse and carriage to direct himself to his freedom. However, as it transpires Tarfal, the prince of Vistirlar is hiding in the carriage and commands Chel to deliver him safely to his brother. This is where The Black Hawks really begins.

I’d describe Wragg’s debut outing as being like an accomplished and engaging mixture of Nicholas Eames and Joe Abercrombie. The mercenary crew The Black Hawks were an absolute joy to follow and I haven’t read about as kooky, diverse and humorous a group since Kings of the Wyld. As fate would have it The Black Hawks cross paths with the “wayward prince and reluctant knight” and following the combined ensemble throughout ambushes, skirmishes, betrayals, alliances, etc… make up for the lion’s share of the novel. We don’t meet the titular gang until about seventy pages in.

Wragg has constructed some exceptional characters here. Chel is the only point of view perspective and he is addictively likable. He is not an overpowered, chosen one who will banish evil from the world. He’s presented as quite the opposite. He is lucky and that is his saving grace. He ends up battered and wounded in every confrontation. He is extremely headstrong and resilient though. I couldn’t help smile when I was following some of his martial exchanges. One example is when he is supposed to save the day and skewer an assailant with a javelin, misses completely and the javelin just bounces off the floor. Although obnoxious at first the prince is also highly likable and as the story progresses I just wanted to reach through the pages and give him a hug. The chemistry between these two main players is truly enjoyable to follow.

The Black Hawks themselves shine. The banter, camaraderie and internal politics/ relationships are well created. The standout members for me were Foss – the affable man-mountain, Spider – the extremely talented assassin who seems to despise Chel, and Loveless – the beautiful, graceful, sex-addicted warrior. There is also a member of the crew called Lemon. Boy, does she know how to swear!

As the first entry in the Articles of Faith series, The Black Hawks isn’t going to reinvent the fantasy scene. Wragg utilises quite a few tropes but he does it skilfully so it never feels dull or like a carbon copy of what has come before in the genre. The pacing of the narrative is frequently breathtaking however it unwinds occasionally at quieter times where we get to learn more about the characters.

The world crafted has a pretty deep history with reference to past battles, religions and races but is never overwhelming. My proof version didn’t include a map but I hope the book will when it is released. The build-up to, and the book’s finale are fantastic and include a huge twist. Also, it concludes on a giant cliffhanger. One of the only negatives about getting to read books early is that I have to wait longer for the sequels and I need to know what happens next! The Black Hawks is an extraordinary debut that is as humorous as it is dark. I’d rank this middle of the grimdark scale and believe that Wragg has a winner on his hands here. Highly recommended.

Buy a copy of The Black Hawks by David Wragg