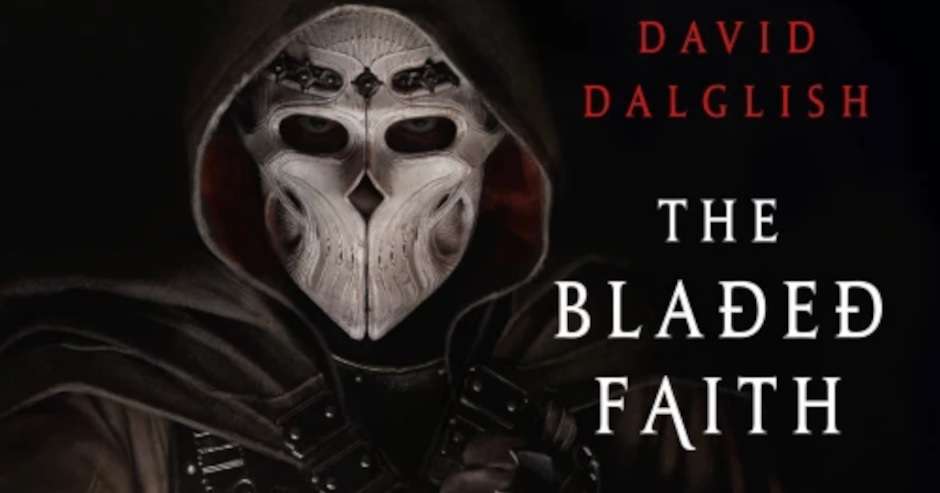 In The Bladed Faith, book one of David Dalglish’s Vagrant Gods series, a young Prince Cyrus sees his peaceful island kingdom of Thanet invaded by the Everlorn Empire and its monstrous, superhuman Paragon soldiers. At the age of twelve, he is faced with his parents being executed, his throne usurped, and the living, incarnate gods who once protected the people being slaughtered or driven into hiding. As the years pass and Cyrus is kept as a prisoner in his own home, he finally encounters a group of secretive revolutionaries. Seeing the fallen (and supposedly dead) prince as the perfect figurehead to inspire his people and strike terror into his foes, the group trains Cyrus in the arts of stealth, swordplay, and politics, and he dons the persona and grinning skull mask of the Vagrant in his quest for revenge.