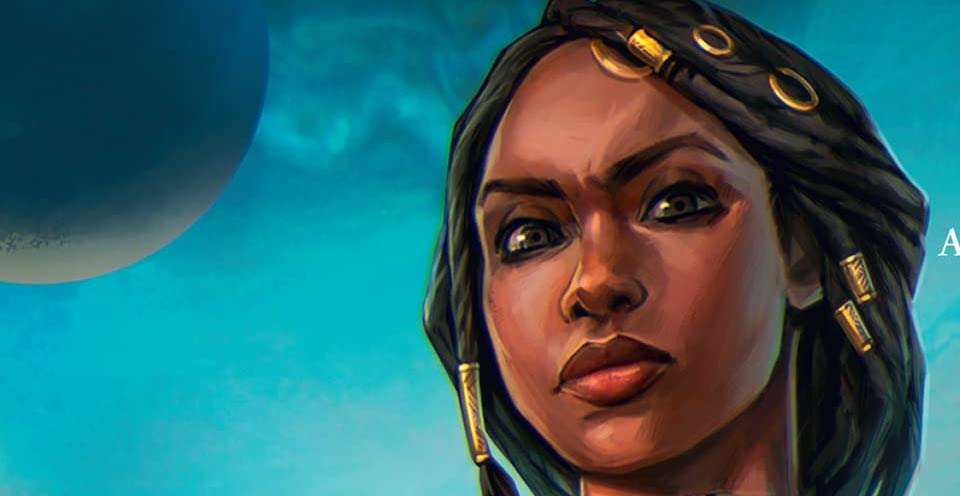 The Blood Trials by N.E. Davenport is a debut straddling grimdark and epic fantasy in a slightly futuristic world. Set in a world inspired by the rich cultures of the African subcontinent, it tells the story of Ikenna, a young soldier with Blood Magic gifts as she goes through military training. It is full of betrayal, unclear loyalties and a brutal world that makes this an attractive read for our audience. After her grandfather’s assassination, Ikenna changes her plans for her future and decides to pledge to an elite fighting force in order to track down the people who killed him. She undergoes gruelling training while trying to find clues – and working to save her own life. 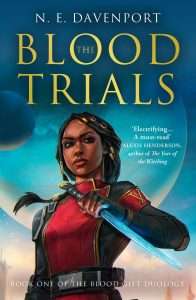 There are a lot of amazing ideas in The Blood Trials, and there were many parts that had me engrossed and unable to put the story down. However, as a whole, pacing didn’t work out as well as I hoped, and was rather inconsistent. This made The Blood Trials a harder read to get through as I’d initially expected, drawn in by the compelling opening. It felt like the author tried to address too many things at the same time, which lessened tension for the individual elements and the book in its entirety. I did read a proof, so it may be that some of this has been changed in the final copy.

Following on from that, it felt like Ikenna was not as consistent a character as I would have liked – sometimes jumping from trust to distrust very quickly, making her seem younger and more naive than she is intended to be. Similarly, relationships between the characters didn’t read as organically as I would have liked, and I think The Blood Trials as a whole would have benefited from another round of development edits to streamline it. Both friendships and romantic relationships suffered from a case of on-and-off, with characters changing their minds utterly within just a few pages, rather than following a coherent arc. Part of what makes this book hard to situate for me personally is that it has a lot of elements that are far more at home in young adult fiction, whereas others clearly read as adult to me. Just like R.F. Kuang’s The Poppy War or Jay Kristoff’s Nevernight, this is not a young adult book at all, but the story isn’t always conscious of that and ends up falling into patterns that are more reminiscent of YA fiction, jarring the reader out of the expected. I am still intrigued enough to want to read the sequel – it is the first in a duology – but on its own, The Blood Trials was a book with strengths and weaknesses, and one that may not click with everyone.