REVIEW: The Book of Accidents by Chuck Wendig 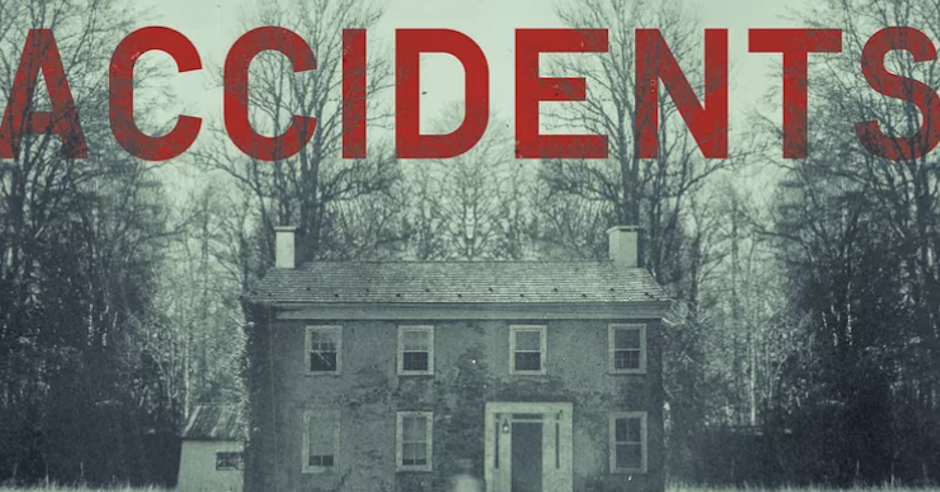 Wendig is a study of different types of horrors. If you haven’t read many Wendig books, Chuck writes with various styles and themes. Each one of his novels, whether horror or science fiction, approaches its theme originally. So, if I were to read passages from five different books blindly, I could not pull out a specific Wendig-type style. He is an expert at matching tone to the story. 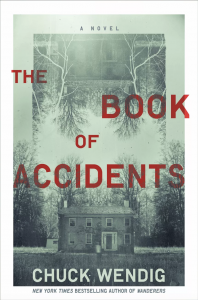 Also, I assume that Chuck is a reader, a man who appreciates the written word. I expect that, because he enjoys books as much as he does, it comes through in his storytelling.

For instance, one of the earlier stories in his bibliography is the first book of the Miriam Black series, Blackbirds. Black is an alcoholic anti-protagonist who is cursed with the vision of the death of every person she physically comes into contact with. She is also brash and crude. The story is dark and twisty with a slight mystery element, but mostly it is about Miriam trying to survive in a world that hates and reviles her. She reminded me a lot of a much darker Jessica Jones-type character, written with a specific tone of roughness and desperation.

Another of my favorite books that I have read in the last five years is Wendig’s Wanderers. It is an epic horror survival story, which is often compared to Stephen King’s The Stand. Again, excellent writing skills. When I read it, I could not say that it was a Wendig book, unlike a Stephen King book, which I could pick out in three pages.

All this brings me to The Book of Accidents, which seems very much like an amalgamation of various styles siphoned and condensed down into a gothic horror novel that touches on many of the cornerstones of horror. The Book of Accidents effectively has elements of preternatural horror, body horror, psychological, some apocalyptic, Lovecraftian, and even psycho-killer-style scenes. Wendig distilled the virtues of each of the horror disciplines down to an incredibly atmospheric read that even now, thinking about it, I know that I did not catch every little nuance, and it deserves a second read.

The story starts with Nate Graves back in his hometown, following the death of his abusive father. Nate, his wife Maddie, and their son Oliver move into Nate’s childhood home. A home full of memories, mostly bad ones. Those previous traumatic memories haunt Nate as if they are ghosts. Oliver is an empath. He instinctually feels the pain of those around him. The less pain and slower rural lifestyle that the family is hoping for is meant to help Oliver deal with his abilities. However, Wendig describes that even smaller, more rural towns are full of horrors, just like big cities.

As the story progresses, Nate slowly begins to succumb to his brutal past and the PTSD of his childhood. He sees things that are not there; he has bouts of anger and depression. Maddie also has difficulties adjusting to life in this small town. She blacks out while chain-sawing a wood sculpture, and her creations come to life. At this point in the story, it is difficult to tell what is real and what could be a psychological breakdown from stress. However, Maddie is the glue that holds the family together. As her ability to deal with the reality of the events before her diminishes, she has difficulty coping, which begins to fracture the family.

The Book of Accidents plays on the horrors of the mind and the horrors of the unknown, but much more importantly, it is a story about family and the invisible ties that bind individuals to each other and their past events. Nate has a great fear of passing the violence of his childhood on to Oliver through his actions. And in turn, Oliver senses the turmoil inside his father.

Oliver has a difficult time adjusting to school life. He eventually makes friends with other like-minded kids but runs into conflict when one new friend, an older boy named Jake, causes problems in Oliver’s relationships. But from the get-go, readers pick up that Jake is more than meets the eye.

Wendig takes all of these bits and pieces of horror and conflict and creates a cohesive narrative that culminates in many jaw-dropping moments. It jumps from serial killers, dark and evil books, demons, ghosts, and even science fiction elements. If I were to tell you more, it would spoil the surprises. Oddly enough, in any other hands, this book would be an incohesive mess. But it all works. The serial killer angle and his disappearance moments before death, the psychological pain of Oliver’s classmates, what Maddie does to make sure that they all survive… it all works, and not for one moment does this book let up. It is like a symphony starting with many discordant and uncomfortable notes that come together so fully the force of the cacophony nails you to your chair.

The Book of Accidents is another fantastic horror novel to add to Wendig’s already impressive repertoire. It is a book of shock and pain and the thin grey line between good and evil. It touches on family and relationships as much as the supernatural. He grinds it all together in a blender and what comes out is a hard-hitting story. It is an excellent book that will appeal both t