REVIEW: The Book of Yig: Revelations of the Serpent ed. David Hambling and Pete Rawlik 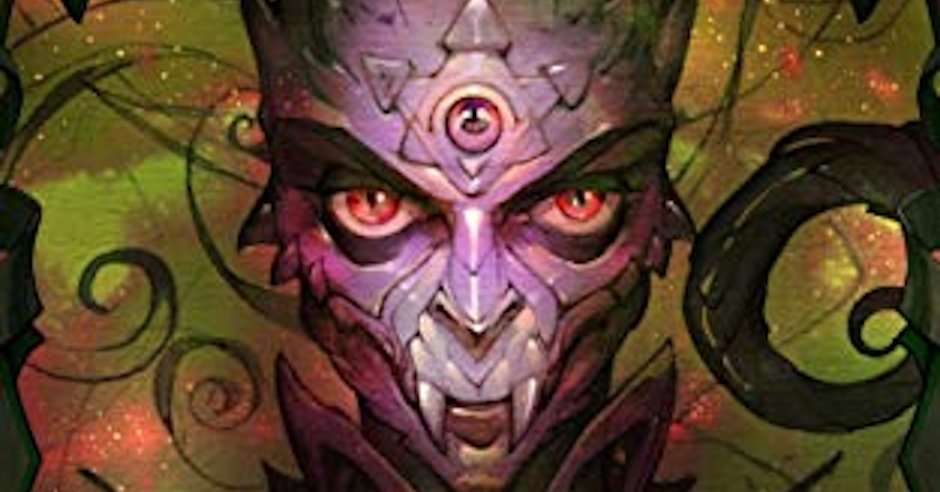 The Book Of Yig: Revelations Of The Serpent: A Cthulhu Mythos Anthology is the long-title of an anthology about Pulp heroes battling against one of H.P. Lovecraft’s lesser known creations: the Serpent Men. More famous under the pen of Robert E. Howard, Lovecraft did a story called “The Curse of Yig” with romance author Zealia Bishop. This anthology has multiple authors sharing a roughly chronological order series of Pulpy adventures where its protagonists attempt to thwart the efforts of the disguised monsters among us. 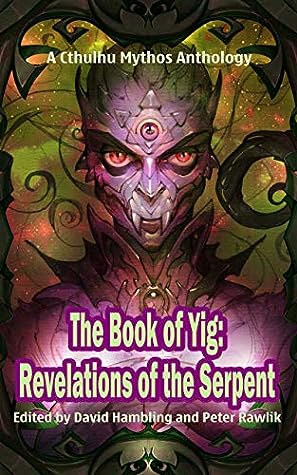 The Yig are, in simple terms, an advanced race of pre-humans that take the appearance of serpentmen. They disguise themselves as humans and live among us, much like Skrulls or the villains from They Live. Unlike the majority of imposter species, the Yig are not so much malevolent as dispassionate. They tend to consider human beings to be lesser but do not feel the need to go out of the way to destroy us or subvert us the way the Deep Ones plan to with the rise of Cthulhu.

This anthology is linked to multiple other series as is common with these sorts of books. These include the Harry Stubbs, Andrew Doran, and Peasley Papers series. All of them are entertaining stories about smart action heroes who battle against the forces of the Mythos, sometimes using the forces of madness against itself. If you prefer your Mythos to be more unknowable undefeatable horror then this is probably not the book for you.

“The Snake in the Garden” by David Hambling continues the adventures of ex-boxer and WW1 vet turned freelance investigator of the weird, Harry Stubbs. Harry takes on a job investigating a mysterious murder, teams up with an autistic young girl, and finds himself well out of his depth. As usual. I’ve always been a fan of the Harry Stubbs series and think this is an excellent introduction to his world.

“Andrew Doran and the Journey to the Serpent Temple” by Matthew Davenport is an Indiana Jones pastiche that is closer to the source material than most of its entries. Andrew seeks to keep the Nazis hands off a powerful idol and in exchange for it, agrees to work with the Serpent Men. They may not be as trustworthy as they appear (and they don’t appear that trustworthy) so our hero must find a way to outwit a superior pair of beings.

“Still Life With Death” by Mark Howard is a horror story more than a Pulp story, which is a nice change of pace. There’s magic in paintings and a curse on a family. The family handles it remarkably well, though, as if the guy has cancer rather than becoming a creature that time forgot. I felt the ending of this one was especially powerful.

“Revelations” by Peter Rawlik is the longest of these stories and follows the son of a Lovecraft protagonist as he investigates an ex-Nazi (which the protagonist believes is an oxymoron) that may have gotten his hands on a powerful idol. This is an interesting story and I like the level of darkness the protagonist displayed.

It all ends up wrapped up with a short story by David Hambling that suggests the hidden world will continue and humanity will remain none the wiser.

Overall, I really enjoyed this book and was quite impressed. If you like H.P. Lovecraft’s writing, then I think you will enjoy this. If you don’t like HPL but enjoy Pulpy 1930s and 1940s heroes then you’ll like The Book of Yig: Revelations of the Serpent too.

Read The Book Of Yig: Revelations Of The Serpent: A Cthulhu Mythos Anthology ed. David Hambling and Pete Rawlik