REVIEW: The Boys by Garth Ennis and Darick Robertson 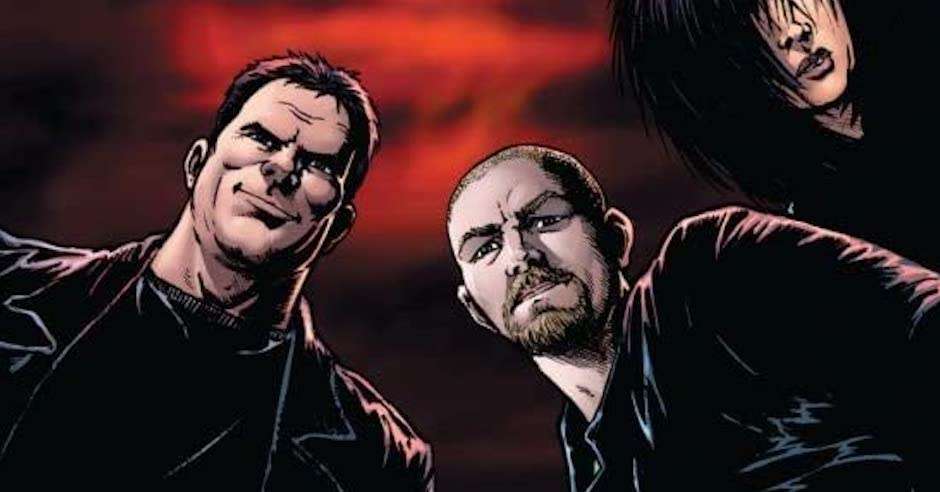 The Boys is a hefty series written by Garth Ennis and Darick Robertson. Ennis, of Preacher fame, “blows the bloody doors off” of the Superhero genre. The Boys is not your tidy and inoffensive Superman type story. Instead, this is a bloody, gory, disgusting, and brutal take on superheroes as a genre set in a modern world. It would have to be harsh if you think about the corruption of absolute power. A superhero is probably not a sane person, and given a skewed lens of the world filtered through a life without limits, I can see them acting…badly. Although not all people are bad, as we see in the story, enough of them are that you will need a group like The Boys to attempt to keep them in check. The Boys are so harsh that it is almost repulsive, but in typical Ennis style, the reader can not turn away. 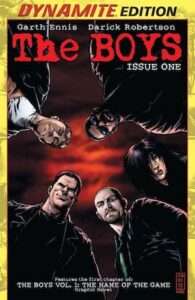 The superheroes in this story are called The Seven, which is a nod to the Justice League, and are your basic despotic, raping, and pillaging psycho and sociopaths. They kill for the fun of it, lord over humans, live to the excess, and are generally horrible but powerful human beings. In turn, the book explores governments’ and by extension societies’ responses to the superheroes with a band of misfit black ops soldiers of varying degrees of sociopathic and homicidal tendencies sent in to fight them. They, too, are incredibly screwed up but in exciting and equally terrifying ways. Their sole purpose is to keep the “supes” in check. In the center of all, this is a sweet and goofy love story. No, really, I am serious. Ennis makes it work, and it is awesome.

The overarching plot follows The Boys through a series of screwed up interactions with superheroes. The Boys “manage, police, and sometimes liquidate Vought-American’s superhumans,” so that is what they do. They attempt to keep the supes in check, things go awry, there is much sex and death, people die in awful ways, and there is always another superhero to stop. Neither side can claim the moral high ground. Wee Hughie is the main character that the narrative focuses on. At one time, Hughie was just a regular bloke, his story is wrought with sadness. Hughie was in a relationship with the love of his life. His girlfriend stepped off the curb in a wonderful romantic comedy moment and was summarily destroyed in an explosion of gore and viscera. All while holding Wee Hughie’s hands. No one could be quite right in the head after that.

“There’d be no point trynna blackmail a bloke everyone already knows is a cunt, would there?”

“You know you can be a real bitch sometimes.”

The art is a very “Marvel comic” style, purposely drawn to convey the superhero motif. The supes and their world are drawn and colored to emphasize the superhero world’s grandness and gaudiness. Versus The Boys, who are dark and melancholic.

Typical of Garth Ennis’s style, the writing is large, precise, and excessive. If you are familiar with Preacher, you will be familiar with his style. The Boys is a challenging series. It is full of sex and violence to the extremes. If this bothers you, maybe look for something from a different author. But for me, this severity and excessiveness are part of its charm. Superheroes are maniacs at their core. This book acts on the extremes of superheroes with extreme characters in retaliation. Who else could keep superheroes in check than people with nothing to lose except their own moral code?

Read The Boys by Garth Ennis and Darick Robertson