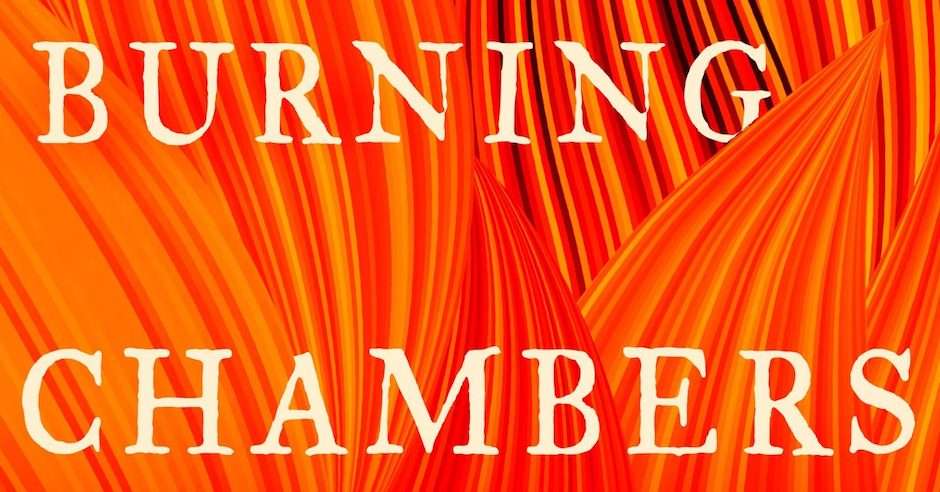 The Burning Chambers is a refreshingly accessible and compulsively readable piece of historical fiction that marks the beginning of the Burning Chambers trilogy. Kate Mosse, of Labyrinth fame, has crafted a wonderful tale that takes place during the infamous Huguenot religious wars in France. It is filled with tension, romance, betrayal, and some relatively infrequent but nonetheless harrowing depictions of violence.

“You talk as if mankind has learnt the lessons of the past. That we have improved ourselves. I fear the opposite. That human beings have learnt rather to repeat the mistakes of the past, and more vilely.” 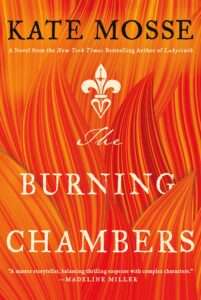 The story is well-written with some moments that stand out, such as the great dialogue or concise yet beautiful descriptions of scenery. These descriptions wonderfully render each of the major set pieces, from the fortified city of Carcassonne to the lush green forests surrounding the mountain town of Puivert.

The Burning Chambers contains very good plotting that does not treat the reader like a fool yet is not so complex as to need to reference an obscure appendix. There are several people to keep track of, but they are adequately memorable and characterized well enough to set them apart from the rabble and the historical portions are educational without being a slog. Large events, such as the massacre at Vassy and the riots of Toulouse are true, but a majority of the characters in the novel are fictitious people just trying to live during these unstable times.

“You well know that if a lie is repeated often enough, in the face of the clearest evidence to the contrary, even the most level-headed of men start to believe in it. Falsehood easily becomes accepted truth.”

The perspectives of The Burning Chambers center around the following characters; Minou, who is the daughter of a bookseller, Piet, a Huguenot and ex-soldier, Bernard, who is Minou’s father, Vidal, a Catholic priest and an old schoolmate of Piet, and Blanche whose presence is menacing and mysterious throughout the novel. Despite each of the characters being strong in their ways, I found Minou to be a bit two-dimensional. This may be the result of a more complex character arc that will find her to be fully fleshed out by the end of the trilogy. Yet, judging solely on The Burning Chambers, I found her likable yet lacking in depth beyond her naivety and determination.

Even though it’s part of a trilogy, The Burning Chambers does well to stand on its own as an individual piece. It ends with a metaphorical sunset; in the character’s minds, things are getting better. The Wars of Religion are thankfully and finally nearing their end. Yet, the book ends in 1572 but the wars last until 1598. Knowing that the conflict is far from finished casts a shadow over the saccharine-like optimism of the epilogue. Grim tidings are, in my humble opinion, made grimmer by the gift (or curse) of hindsight and I am excited to see where the next novel, The City of Tears, goes from here. The Burning Chambers earns a respectable 4 out of 5 stars.