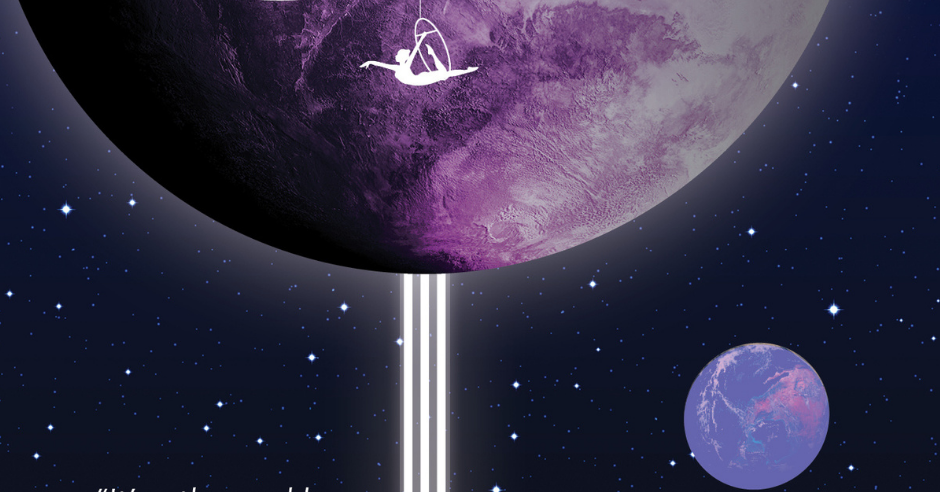 Have you ever thought about running away from everything and joining the circus? Would it have affected your decision if the circus was on an alien moon in another solar system? If this creates visions of four-armed, alien acrobats and insectoid psychics in your mind, then you have a good idea of the fascinating universe that Khan Wong creates in The Circus Infinite. 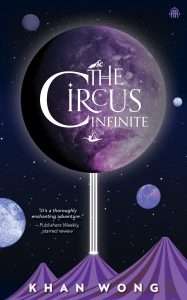 This is the situation in which we find Jes, the empathic protagonist, who is superstitious on a spiritual level. He has just escaped from a high-security research laboratory called The Institute, and is trying to hide amongst the denizens of the 9-Star Congress of Conscious Worlds. Specifically, the pleasure moon Persephone-9.

This is where Jes finds the Cirque Kosmiqa, a sci-fi version of Cirque du Soleil, filled with folks who take an immediate interest in Jes’s unique powers. In a universe where it is quite common for folks to have telepathy, accurate fortune telling, and all sorts of natural abilities, Jes is unique. He can alter gravity, an ability that sets him apart. This is a both a gift and a detriment, because it is the same thing that drives the Institute to hunt him down and lock him up for experimentation and vivisection.

Khan weaves a masterful tale in The Circus Infinite. He presents the story in the present tense, and intermixes numbered chapters with named chapters that are all flashbacks to Jes’s youth. His world building extends to nine different alien races who inhabit a galaxy that is brought together socially by a sentient star. He addresses the social dynamics of the different races and how they interact with each other. All the while tackling issues like the life of mixed breeds, various aspects of xenophobia, and a society that is both open and accepting while being close minded at the flip of a coin.

The Circus Infinite is at it’s basest nature a coming of age story that focuses on Jes while he discovers just who he is and what makes him tick. He comes to terms with several aspects of himself, and discovers how far he can be pushed when the wrong people learn of his abilities and take every chance to use him in nefarious ways.

Wong’s debut novel isn’t the type of story you can sum up in one word. It is fascinating and thought provoking. The Circus Infinite is beautifully written, the characters are both exotic and familiar, and the story is the sort that glues the book to your hands.

Matthew Broadway has been reading fantasy stories since before he was born. Ancient Skalds tell the tale that he came out of his mother's womb grasping a first edition copy of The Fellowship of the Ring in his right hand, and the manuscript for his first short story in his left. (It has since been turned down by some of the finest editors) He can usually be found behind the bar at Triskelion Brewing Company, or hovering over his laptop writing.