REVIEW: The City of Dusk by Tara Sim 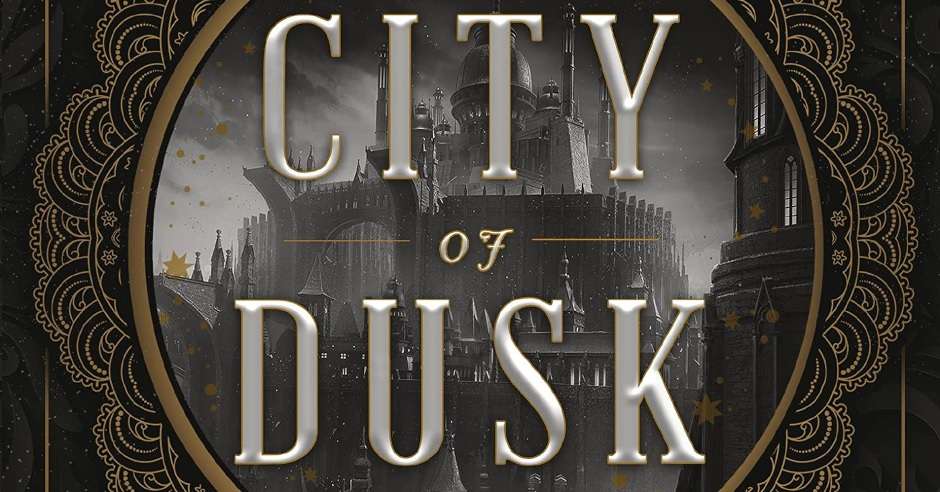 The City of Dusk is the debut adult fantasy novel from Tara Sim. It is the first instalment of The Dark Gods trilogy and is published by Orbit. I would like to thank Orbit for sending me an eARC of the novel to be able to provide my review for Grimdark Magazine. 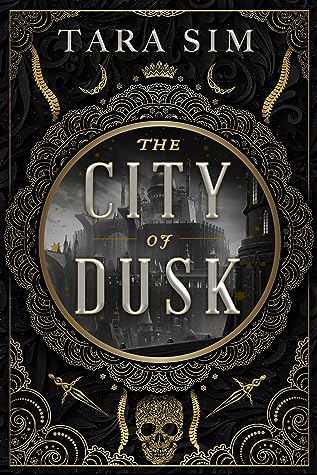 In The City of Dusk we follow the four heirs of the four noble houses in the city of Nexus. The families of Lastrider, Vakara, Mordova, and Cyr have kept the city running for over five centuries. Each family represents a different deity and holds different divine skills to help the city run smoothly. But their gods no longer favour Nexus, and the heirs of the families must work together to save their kingdom.

As this is a review for that corner of the internet dedicated to getting knee deep in grit, I need to say from the get go that The City of Dusk is not the darkest of dark fantasy novels. Although it has a lot of dark elements, there are not enough consistently grim features to make it grimdark. It is, however, a good fantasy, with a cracking ensemble cast and a wonderful world.

In fact, the world of The City of Dusk is my favourite aspect of Sim’s novel. It is a gorgeously crafted realm where each of the main characters, and their magics, are believable. From necromancy, to wielding shadows or wings of light Sim has created a unique magic system that is easy to follow and understand. The history of the different religions and their feuding noble families is also well built, where all relevant information is shared without ever feeling like it is bogging down the narrative. I also loved that The City of Dusk is a world without the prejudices and biases of our society. There are a range of sexualities, races, and religions in Sim’s world with no stereotyping or token inclusion. This is a very refreshing feature for a fantasy world to have! It also focuses on some deep emotional issues, such as grief, in a careful and considered way.

However, although there were many things that I enjoyed about The City of Dusk I did struggle in some places. The denouement was fantastic, but the slow and steady pace of the rest of the novel made those final few chapters feel almost too quick. I also think that Sim’s writing style is more juvenile than I expected from a book being billed as an adult dark epic fantasy. The City of Dusk has all the ingredients to make it that, but to me it felt like I was reading a very long young adult novel and I took a while to get into the swing of it. Although I liked all of the characters, I often perceived them as younger than the narrative states them to be which also added to my sense that this is more of a crossover fantasy novel than an adult one. I do not mean this as a huge criticism; I have read and liked Sim’s young adult novels. But I do think readers who do not also enjoy “new adult” writing may struggle with the style of The City of Dusk.

Overall I think that The City of Dusk is a good read. It will appeal to the fans of fantasy who prefer a less grim world whilst still being a dark novel. It is a novel with violence, sex, swearing, political intrigue, and characters with some moral ambiguity. These traits just are not quite as explicit or harsh as grimdark readers would be used to or might be expecting from it. The cliff hanger of The City of Dusk has kept me interested and I am invested enough in the characters and this world to continue with the next instalment of The Dark Gods when it comes out. 3 / 5

Read The City of Dusk by Tara Sim