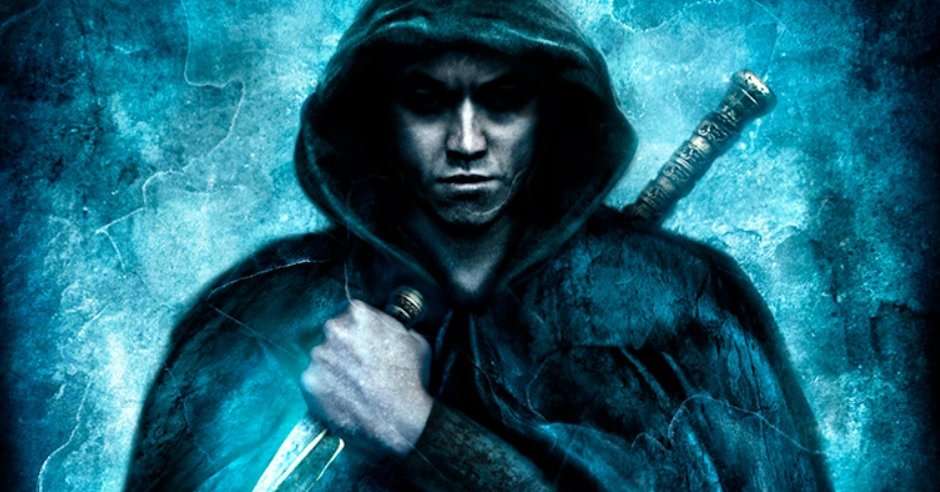 In The Cold Commands, the second book in the A Land Fit for Heroes trilogy, we rejoin the tale of “hero, dragonslayer, and faggot” Ringil Eskiath. He’s now 31-years-old and there is a price on his head throughout Trelayne following on from his deeds that concluded the events of The Steel Remains. He’s changed dramatically because of his time in the Grey Places, his relationship with the Dwenda Seethlaw, and how their relationship came to its complicated conclusion. 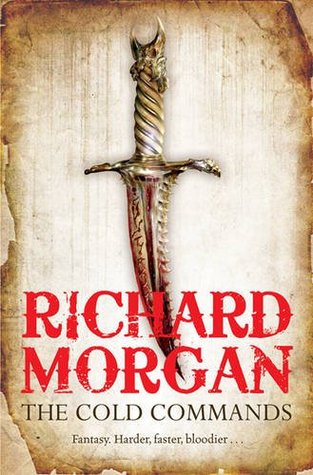 In addition to Ringil, the other two main point of view characters return from The Steel Remains with the Majek warrior and dragonslayer Egar, and Archeth Indamaninarmal, part-human and part-Kiriath political diplomat. In a similar fashion to the previous novel, I enjoyed reading all the different perspectives of the main trio; but my favourite by far is Ringil’s. In my opinion, I’d say he’s one of the greatest grimdark protagonists I’ve read about yet.

‘And how exactly did you come by that murderous little item?’
Ringil reached up and touched the pommel of the Ravensfriend, where it rose at his shoulder. ‘It was forged for me at An-Monal by Grashgal the Wanderer.’
‘Yes – actually, I was talking to the sword.’

I thought that there was occasionally something odd and slightly disorientating about the story’s presentation from the different points of view. For example, one chapter would be following Ringil, then all of a sudden, it would be presenting someone else’s viewpoints on events which seemed to disrupt the flow. I’m not an expert at these devices, so I don’t know if this was intentional by Morgan, but it seemed that there are peculiar switches about ten times or so in the book. It didn’t really affect my enjoyment, yet I did raise my eyebrows and smile wryly here and there due to this.

One element I have really enjoyed in these novels is when both main and supporting characters reflect on their time in, and the current influence of, the previous war with the Scaled Folk. The history is deep and layered and almost feels like Morgan should have another fantasy series out that covers the wartime occasions that are mentioned in these novels. This adds considerable weight to the already complex characters.

‘I like you, Ringil Eskiath, Prophet take me up the arse if I don’t. You’re an arrogant little northern thug, you’re trading on not much more than old war stories, a belly for violence and a few family connections.’ Thin, grim slice of a smile on his lips now. ‘And from what I hear, your bedroom practices wouldn’t bear much scrutiny either. But there it is – I like you. What am I to do?’

Another aspect I like is the presentation and otherworldly feel of the Grey Places. I don’t always comprehend what’s happening or follow this realm’s rules but it is extremely intriguing and full of secrets I’m yet to acknowledge and understand. It’s also interesting to see when revealed, the influence this place is having over Ringil’s character progression. The mystery surrounding the Grey Places, I thought, was a bit like Other’s Island from Robin Hobb’s The Realm of the Elderlings and created similar imagery in my mind. 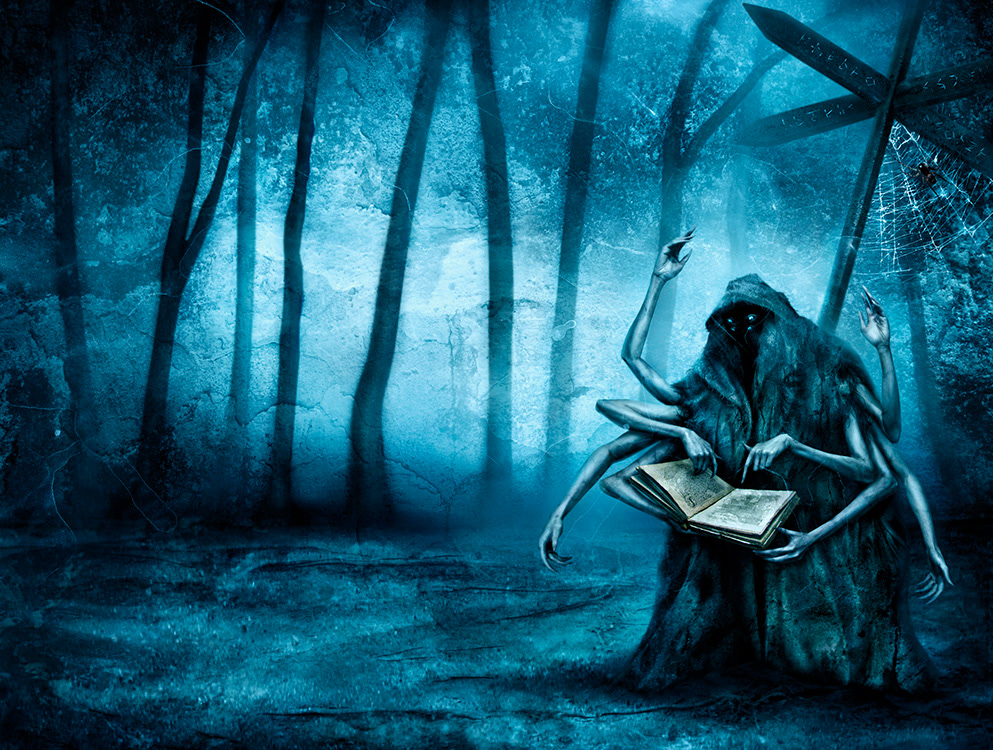 I’ll keep my review here pretty short as The Cold Commands is similar in style and design to The Steel Remains, therefore, a lot of what I stated in that review is relevant here also. Morgan’s fantasy world is riveting, the cast of characters is great and I adore the sardonic wit and humour. However, some parts dragged in the middle, there aren’t that many great set-pieces (excluding the finale), and I had no idea where the different storylines were going until about the 80% mark, when, once again, it all seemed to make perfect sense leading up to a belter of a finish.

I’d summarise The Cold Commands as being a steady 3-star read that I’ve upgraded the rating of due to its 5-star lead character and the 5-star ending. I found the finale so gripping and exciting that I will be returning to the A Land Fit for Heroes series with The Dark Defiles shortly.

Images from cover and interior art for The Cold Commands (2012, Subterranean Press).

REVIEW: The Complete Chronicles of Conan