REVIEW: The Coming of the Dark by Chris Humphreys 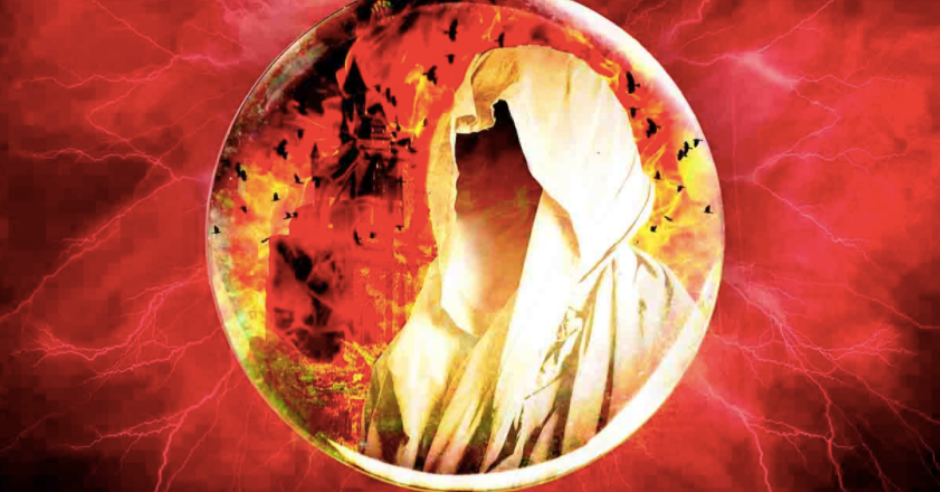 Continuing the saga of immortal beings and clashing worlds that Smoke in the Glass began, The Coming of the Dark is the second installment of Chris Humphrey’s Immortal’s Blood series. As Anazat’s plan to unite the four lands through cunning, religion and bloody conquest bears fruit, Luck, Ferros, Atisha, and other protagonists new and old struggle against the black-eyed monk and his allies, and conflicts rise to an epic scale. A friendly warning for new readers: some unavoidable spoilers for book one are ahead. 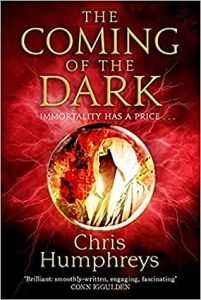 While Luck, Atisha, Ferros, and a surprise return character still act as the primary 3rd-person POV characters, The Coming of the Dark features a large cast stretching between the four ‘worlds’ featured in book one. Book two presents some great character development, with Ferros leading his land’s defense against invasion, Luck wrestling with his need for knowledge and the drug Sirene, Atisha finding herself in the Madonna-like role of holy mother, and one returning character (who I can’t talk about without spoiling things) having what I thought was the best arc of all.

And on the topic of characters, I also really enjoyed this book’s antagonists. Humphreys writes some great villains, from the charismatic god-king and tyrant Intitepe to the psychotic Peki Asarko, and the cunning mastermind Anazat. As worlds collide, the way these villains work both with and against one another is fascinating to read, and scenes from their point of view are among my favorites in the novel.

In terms of worldbuilding, I also enjoyed how this novel developed some of the more supernatural and mysterious aspects of the four worlds. The plot-central magical drug Sirene, which induces visions and lets users communicate over great distances, for example, is explored and developed in ways I found really cool and surprising. The powers of possession that the immortals of Corinthium wield also get a really neat breakdown as one character in particular experiences their magical and moral implications. This book maintained a good balance of answering enough of the questions established in Smoke in the Glass while leaving sufficient mysteries (like Intitepe’s power) to keep us coming back for the third installment

In terms of plot, The Coming of the Dark’s conflict shifts in scale from the more personal issues of book one to the larger battles between worlds. And if there’s one area where Humphreys’ background as a historical fiction writer shines the most, it’s the battle scenes. If you’ve ever wondered what a conflict between Vikings, Greco-Roman legionnaires, pirates, and Mongolian horseback archers would look like, this is the book for you. What’s more, the book features a really cool twist on the Ragnarok myth that I very much enjoyed. In terms of both concept and prose, The Coming of the Dark features top-notch action and enough bloodshed to satisfy any Grimdark Magazine reader.

To a degree, however, the action and battle scenes in this book are something of a double-edged sword. Out of twelve chapters, six feature major combat taking place. And while Humphreys writes armed conflict really well, the quantity of it approaches the old adage about too much of a good thing (even if that good thing is something as cool as immortal Vikings fighting Mesoamerican god-kings). There were times I found myself missing the individual-level conflicts of book one that got swallowed up in the melee.

All in all, I found The Coming of the Dark to be a bloodier, more fraught read than its predecessor. I thought the ending was particularly strong–bitter and conclusive while still setting up for a great book three. I would give this novel a 4/5 star rating, and I’m eagerly awaiting another thrilling Sirene-fueled voyage into the four worlds.

Read The Coming of the Dark by Chris Humphreys