REVIEW: The Devil and the Dark Water by Stuart Turton 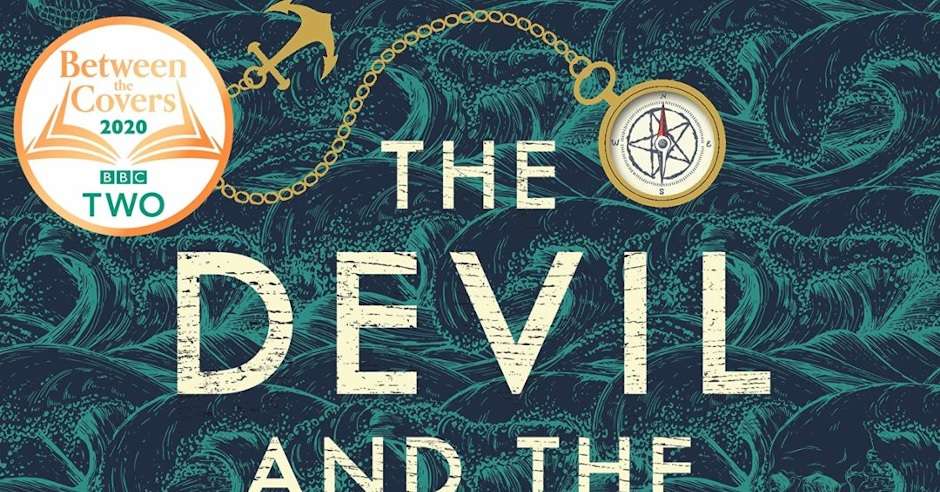 The Devil and the Dark Water is a mystery thriller novel set in 1634. The majority of the story is set on a merchant ship called the Saardam as it travels from Batavia to Amsterdam. In addition to the typical silks, spices, pepper and mace, the ship is also transporting, in shackles, the world-famous detective Samuel Pipps.

“‘Sammy Pipps isn’t simply clever,’ argued Arent. ‘He can lift up the edges of the world and peek beneath. He has a gift I’ll never understand. Believe me, I’ve tried.’” 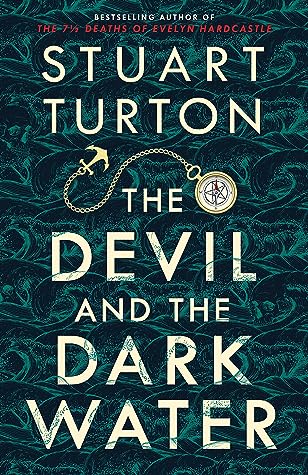 Samuel is the prisoner of General Jan Haan, an extremely powerful and influential figure, and is being transported to Amsterdam at the request of the Gentleman 17 who wish to see him executed. Us readers and the majority of the boat’s travellers (nobles, musketeers, sailors and more) have no idea what Pipps is accused of and whether or not he’s guilty. He is a celebrity, though, known by all for his crime-solving prowess and deduction skills.

If Pipps is initially presented as this tale’s Holmes, then Arent is Turton’s take on Watson. Arent is a lieutenant, mercenary, and a scarred brute of a fellow who records the most exciting of Pipps’ escapades for the masses to read.

Just prior to the Saardam’s departure there is a murder committed and a threat against the safety of all aboard the vessel. This sort of intrigue, mystery, and the fact there is a heinous crime to solve falls, undeniably, into Pipps’ wheelhouse. Yet, with the sleuth being locked up in a tiny, gloomy cell, it passes on to Arent, who has picked up some of Pipps’ talents himself over the years, and some companions he meets on board the ship, to investigate.

“The mercenary who saw the spear, then thought about it too long, ended up with half of it buried in his chest. Nowadays, he’d see the spear, wonder who made it, how it had come to be in the soldier’s hands, who the soldier was, why he was there … on and on and on.”

I can’t imagine that I am the only person who has done this, but I went into The Devil and the Dark Water expecting a typical and safe Sherlock Holmes-esque adventure. For me personally, if that would have been the outcome then it would have been fine. What was actually presented by Turton though is an extremely clever, detailed, unpredictable, and slightly twisted crime drama, surrounded by the dread and uncertainty of the seemingly endless oceans. Mixing the above literary concoction with demons, forgotten pasts, complex relationships, life at sea, and a handful of geniuses on the ship makes for quite a reading experience.

“‘I’ll not have some bastard drown me before the governor general hangs me.’”

The pages are bursting with many memorable characters. Notable standouts are Pipps’ companion Arent, he’s an exemplary creation, honourable Guard Captain Jacobi Drecht (Julian Rhind-Tutt narrating the audiobook was incredible for this character as well as many others), and the mistress Creesjie Jens. In my mind, some of the characters were difficult to distinguish between and blurred into each other for the early stages of The Devil and the Dark Water, so I recommend new readers pay attention to the manifest of notable passengers and crew at the start of the novel. After I was about twenty percent through, I had no further issues with regards to this.

The Devil and the Dark Water is a well-written and ingeniously composed dark historical thriller. The tale features grim and gruesome moments aplenty, with content that is definitely for adults and is occasionally uncomfortable to read. The mood of the story, the presentation and the quality showcased brought to mind and was reminiscent of Anthony Horowitz’s brilliant The House of Silk. I’d rate The Devil and the Dark Water as a well-earned 4-stars as it didn’t quite reach amazing. It wasn’t unputdownable and it didn’t mesmerise or enrapture me. That being said, it is a fine detective thriller that deserved to be a finalist in the Goodreads choice awards and I’ll be following Turton’s career going forwards. Recommended.

Read The Devil and the Dark Water by Stuart Turton