REVIEW: The Doors of Eden by Adrian Tchaikovsky 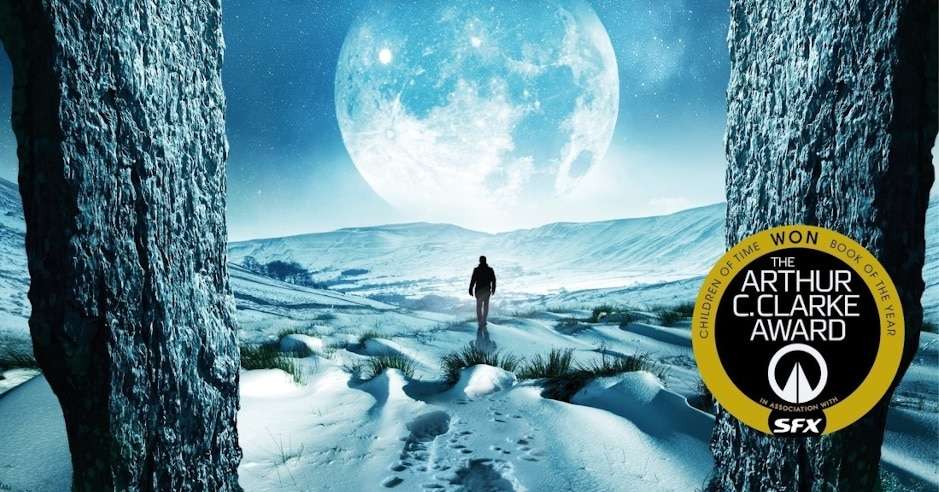 I received an uncorrected proof copy of The Doors of Eden in exchange for an honest review. I would like to thank Adrian Tchaikovsky and Tor for the opportunity.

Four years ago, young lovers Lee and Mal went in search of the Birdman of Bodmin. The girls were cryptid hunters and they were fascinated by the unexplained including creatures such as the aforementioned Birdman, the Sasquatch and the Loch Ness Monster. During their hunt on the moors of Bodmin, events took a turn for the worse and only one of the girls returned from that holiday expedition. In current day London, Mal miraculously resurfaces yet Lee has no idea what transpired that day on the moors or where her girlfriend has been all this time. No contact. No phone calls. No messages.

“You ever get the feeling there are cracks in the world? … My girlfriend fell into one somehow.” 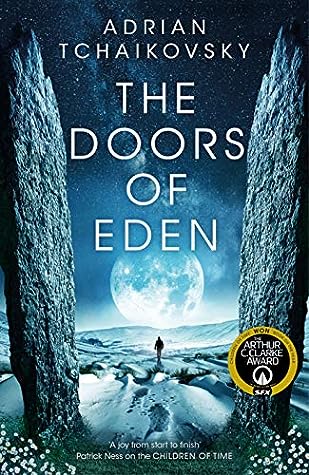 The back of the novel states that:
These strange disappearances have taken place since time began, as the unwary have fallen through the cracks between our worlds and others. But now these cracks are widening, and it’s not just Mal who returned to Earth.

The Doors of Eden is truly epic in ambition and scale. The novel follows its main characters across many alternative Earths. Each world has changed – and creatures have evolved differently – across these multiple timelines. In Tchaikovsky’s science fiction masterclass Children of Time, we were presented with highly intelligent spiders. Here, we’re witness to extremely advanced rat-creatures, bird-like tribal dinosaurs, and science-savvy cavemen too. There are even village-sized insects that can act as flying vehicles. Tchaikovsky’s imagination is bizarre, mindboggling yet at the same time is utterly brilliant.

The novel follows approximately six human point of view perspectives. These include the already mentioned Lee, MI5 agent Julian who is nothing like James Bond, transgender genius scientist Dr Kay Amal Khan, and ex-army type Lucas May. We, as readers, learn about the multiple different species, societies, advancements and Earths from very human perspectives. However, you could say that there is one viewpoint from a species that is not human but I will not go into any further details regarding this. The characters’ stories cross over as the walls between Earths become thinner, meaning potential outcomes could be drastic and even Earth(s)-shattering. The majority of the characters are a pleasure to follow. They are likeable, well-developed and relatable. In addition to the main characters, I had a soft spot for the awesome Dr Rat and his translator, and also Mal’s “cousin” friend Stig.

When reading Tchaikovsky’s science fiction work I always get the feeling that I am reading something that is extremely special. The Doors of Eden come across as intelligent, well-researched, and incredibly detailed. Some of the science-specific language and the interludes written by the fictional Professor Ruth Emerson were a bit “over my head” at times yet this is possibly intentional because as a reader I learned to understand the complexities just as the characters themselves did. I’m afraid that I did skim-read a couple of the interludes to return to the main bulk of the story until I understood their importance and how they actually fit with the overall narrative. If I reread this novel I will not make this mistake again.

The imagery Tchaikovsky creates is sensational throughout, especially when depicting these alien worlds. Some of the set pieces are phenomenal. One moment springs to mind instantly which is when two Earths cross over when members of the ensemble are on the ninetieth floor of a skyscraper. The ending sequence(s) were intriguing and presented in a very clever way. Overall, The Doors of Eden was an outstanding and entertaining read that deserves to be Tchaikovsky’s next science fiction megahit. Highly recommended.

“We’re here because they trust us.” Mal chuckled. “It’s a million-to-one long shot, and only these two desperate lesbians can save the world. Perfect action movie material.”

Buy The Doors of Eden by Adrian Tchaikovsky