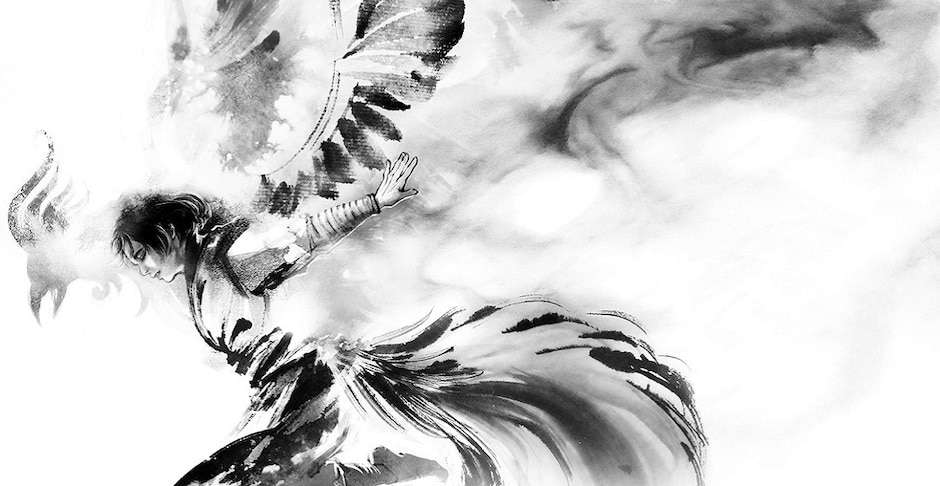 I received an uncorrected proof copy of The Dragon Republic in exchange for an honest review. I would like to thank R.F. Kuang and Harper Voyager.

The Dragon Republic is a phenomenal follow-up to what was one of my highest rated fantasy books of 2018, and I think this exceeds the debut in almost everyway. 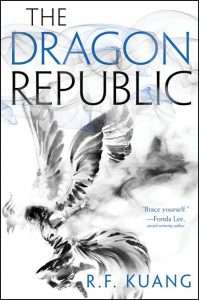 Rin is a drug-addled individual who has the monstrous, murderous and perhaps demented power of the Phoenix at her fingertips. We join her here as the commander of the Cike; potentially orchestrating her shamans who can wield the extraordinary power of certain Gods. Those few “lucky” enough to be able to manipulate such absurd yet undeniably powerful magical abilities have to look forward to one of two eventualities. Death or utter madness as the Gods seem to easily overpower their hosts so that these shamans will no longer be able to control their actions. Since the finale of The Poppy War, Rin has built a steady but not completely trustworthy relationship with a Pirate Queen. Rin completes tasks for her under an agreement that she will be supported when she turns her attention to the bigger picture. Which, of course, is getting her revenge by murdering the Empress.

This Oriental-influenced dark fantasy epic features a huge world, all the political intrigue you could hope for, expertly presented dramatic moments, smooth dialogue, and also, the narrative often leaves the reader wondering if the person about to be betrayed is going to betray the betrayer beforehand. You’ll have no idea who to trust and something intense and unpredictable happens at least every sixty pages.

It features the majority of the ensemble from The Poppy War but since those events began approximately four years ago these characters have changed so much following their involvement in the last war. One of my favourite aspects of this novel was the relationships between Rin and a lot of the major characters. These include the genius strategist Nikay, the twins Chaghan and Qara, and her sort of father figure The Dragon Warlord. All the above being stated though, nowhere near the majority of the ensemble who started The Dragon Republic make it to the end so be warned. Many of your most loved players will die. Possibly in horrible fashion.

A main character from the first novel who was one of my favourites returns but I don’t want to mention his name just in case that approaches spoiler territory. His and Rin’s chemistry is dynamic, to say the least. Love, hatred, respect, admiration, disgust, misunderstanding. My reading of Rin personally, as the novel is still presented solely from her point of view, reflected the above-mentioned feelings. Half the time I adored her and the other half I couldn’t follow her train of thought when considering consequences. She’s a brilliant and complex protagonist who is drug-addicted, recruited for a cause not her own, she loses something important to her, acquires dramatic new abilities all whilst having a God whispering in her ear and a vendetta to complete. It’s as much of a headfuck for the reader as it must be for Rin herself so congratulations to Kuang for presenting it this way.

R.F. Kuang is the brightest new star in adult fantasy which I guess is an oxymoron as she writes some of the darkest material around right now. The Dragon Republic truly ups the grimdark ante. There are some utterly gruesome moments. There is a huge amount of chaotic war action presented throughout and all the nastiness that comes with it. The rebellion events in the novel take over 14 months so we’re witnesses to amazing naval battles, sieges, land and guerilla warfare, and even a race that flaunt plasma-like weapons and have built airships. The latter may seem out of place if you’ve just read this review but it fits in with the overall narrative and will make perfect sense when you get to this story. Although young, Kuang has a knack for writing some of the best fantasy and makes it seem effortless. She will be mentioned alongside names such as Lynch, Lawrence, and Sapkowski for awesomeness very soon. To conclude, what happens at the end of this book is spectacular and the pieces are now set on the metaphorical chess board for what will be a monumental last outing in this series.

Between us we have the fire and the water,” she said quietly. “I’m quite sure that together we can take on the wind.

[…] 3) R F Kuang – The Dragon Republic I said: “A phenomenal follow-up to what was one of my highest rated fantasy books of 2018, and I think this exceeds the debut in almost every way.” (Full Review) […]