Review: The Dragon’s Legacy by Deborah A. Wolf 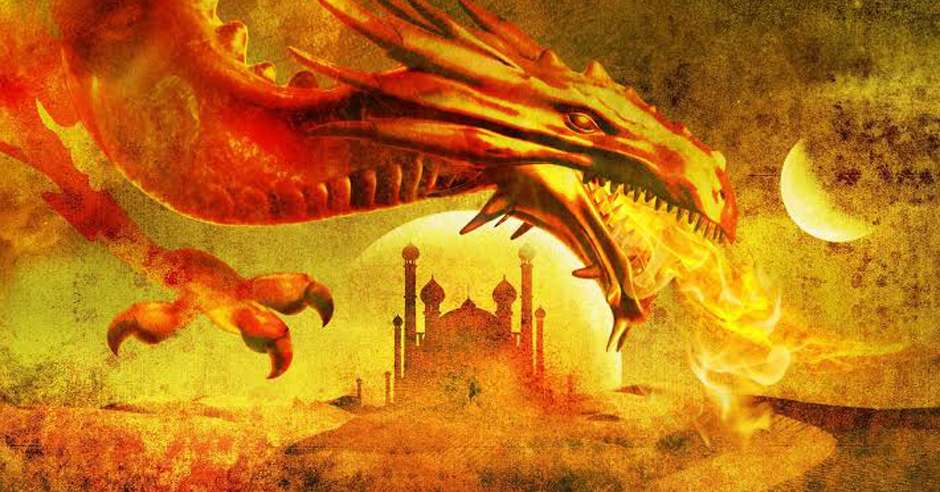 The Dragon’s Legacy will be released in April this year and is a must-buy for anyone seeking a deep relationship with a group of interesting characters and a compelling world. It’s a fantastic, complex debut work of the sort that leaves one thinking about its many layers even after having finished reading. 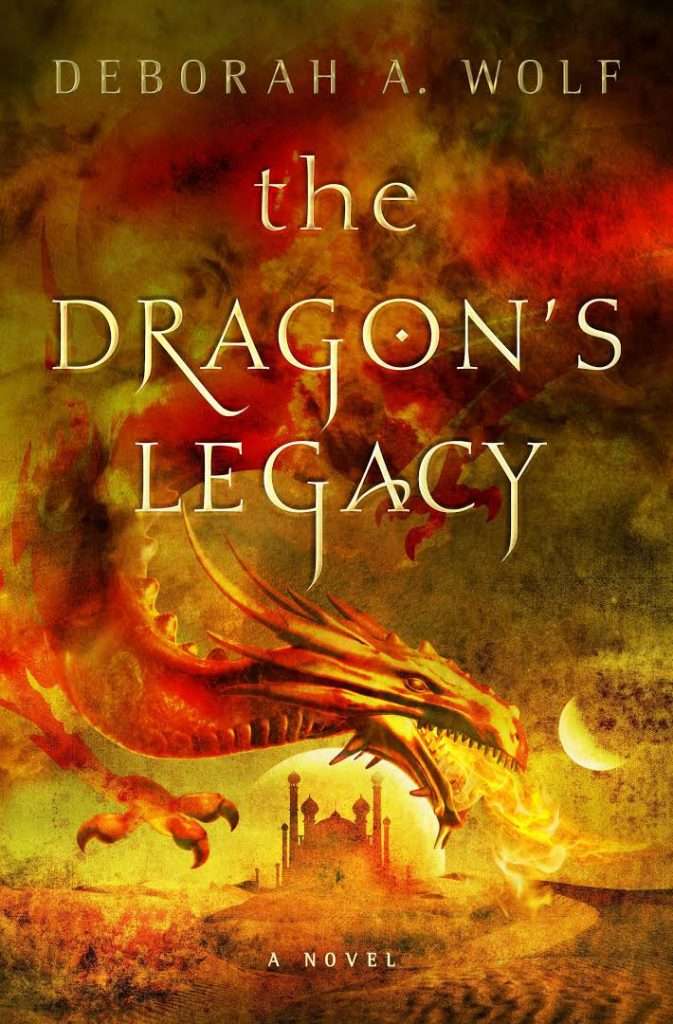 In The Dragon’s Legacy, a large cast of different characters give us insight into different aspects of the rich world Wolf has created, and she spends a lot of time exploring who these characters are as well as hinting how they will affect the epic plot to come. This first book is more about settling into the characters and world and there’s a certain beauty in the relatively slow pace. This feels like the origin story of many of the characters, which makes it all the more meaningful when the various factions they belong to clash. Much of the novel focuses on Sulema, a youn J’Akari, or warrior woman, of the Zeeranim, a warlike desert-dwelling people who spend their days fighting, revelling and hunting with their telepathically bonded giant cats, or vash’ai. Sulema struggles to find her place within the Zeeranim, especially since her distant mother, Hafsa Azeina, has a mysterious past originating in a faraway kingdom. Hafza Azeina herself is a dreamshifter, a magical individual who stalks her enemies in their dreams, and makes musical instruments from their gutstrings. Despite her monstrous nature, she endeavours to shield her daughter from the shadows of her aforementioned mysterious past. Hafza Azeina’s fragile nine-year-old apprentice, Daru, struggles to assist his mistress with her magical plots while avoiding the jaws of hungry vash’ai, who curse him as a weakling. Ismai, a wistful young man of the Zeeranim, struggles to find his own place while overshadowed by his older brother and becomes entangled with powers greater than himself in the process. Watching over all of these characters, attempting to ensure they don’t get into too much trouble, is the pragmatic Istaza Ani, the youthmistress of the Zeeranim. Leviathus, a gallant prince of the kingdom of Atualon, enters the mix, bringing unwanted reminders of Hafsa Azeina’s past. Far away in the empire of Sindan, Jian, a young man of magical descent is forced into becoming a pawn in the war to come, a war that will bring turmoil to the lives of all the other characters.

The characterisation is the high-point of the novel, and each viewpoint character has a lot of depth that only increases as the novel progresses. Hafsa Azeina, in particular, is like a mother lion, murderously protective, a “fell-eyed sorceress with the blood of enemies upon her lips”. She’s a grimdark character through-and-through, filled with layers of moral ambiguity and darkness, yet not without love for her daughter. Daru is another character who stood out for me, a young boy cursed with ill health, constantly plagued by shadows that lurk at the edges of his vision “thick as poisoned syrup”. He’s utterly alone and constantly at risk, yet possessed of a bright curiosity and a fierce intelligence. These two characters are my favourites, despite the fact that Sulema is the focal point of the novel. Sulema is a good protagonist, fierce, determined and honourable, but I feel that in this book, she’s still so young and eager without having experienced enough to make her an interesting puzzle to piece together. However, she certainly endures hardships across the course of The Dragon’s Legacy and is a very different person at the end. Her development, along with Ismai’s and Jian’s – as the three very different characters go through gruelling training to become powerful, magically inclined individuals – is interesting and it’s clear that by the time the series ramps up, these characters will have great depth to them. Ismai is fun to read about, since despite the undertone of seriousness to the world around him, he gallivants around the desert with his vash’ai, experiencing the wonders and horrors of the world. Jian’s perspective in the far away empire of Sindan is always refreshingly different, and as a Daechen (demon-born), his love of diving for pearls off the coast of his home town is offset against the horrific training regimen he’s put through to become a warrior. The characters are inextricably linked to the cultures they come from, and Wolf has done a great job showing how living in a dying desert, a prosperous kingdom, or a slave empire might affect one’s personality. Despite being partially defined by their circumstances, almost all of the characters possess strong wills and refuse to let themselves just be swept along by fate.

The world of The Dragon’s Legacy is another highlight of the novel and it’s unmistakeably grimdark. Thousands of years ago the world was broken by “the Sundering”, and the people now live in a shadow of their former glory in the land “seared by a dragon’s song”, with fewer babies born every year. Lionsnakes, wyverns and undead monstrosities stalk the desert sands and the oceans are filled with untold horrors that would draw any ship into their hungry maws. The world is doomed, as Sajani, the earth-dragon, will soon awake from her slumber beneath the earth and “the world would be cracked open like an egg in her struggles to break free”. Despite all this grimness, there is a haunting beauty to desert sands that stretch to the horizon and Wolf’s familiarity with the beauty of nature from a childhood spent on wildlife refuges shines through. The Zeeranim, the warlike “barbarian” desert culture the novel focuses on, is also clearly influenced by real-life experiences, since Wolf spent time in the military and as an Arabic linguist, so the interactions between warriors, and the smattering of unique made-up words add a lot of authenticity. One particularly interesting thing about the Zeeranim is that the traditional gender roles are inverted. Their society is matriarchal. Female warriors display their breasts as a sign of dominance and aggressively pursue men as sexual conquests. Grimdark is all about the subversion of the norm in fiction, and this is a refreshing and interesting change that lends the society another layer of uniqueness. In fact, early in the novel Ismai wishes that he could be a warrior, rather than be delegated to the role of staying at home with children as most men do. It’s