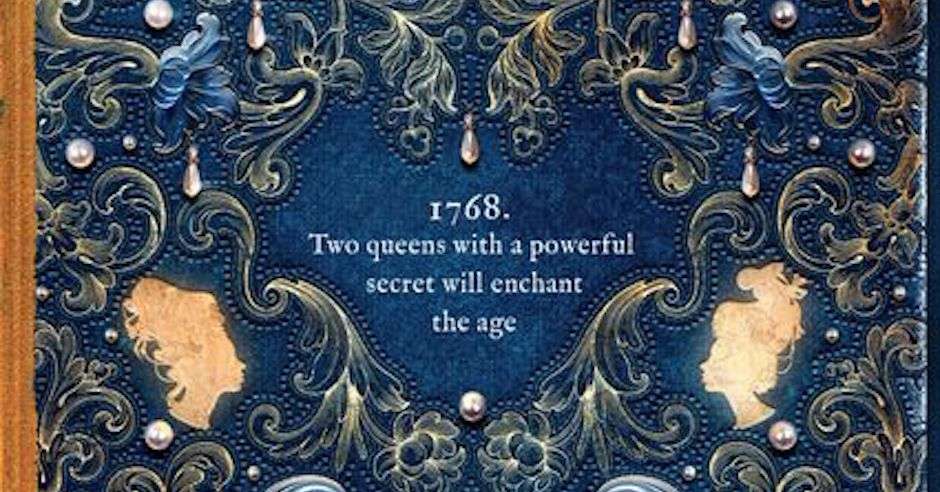 Kate Heartfield’s The Embroidered Book is a massive tome – the ARC’s page count comes in around 650 pages – but it feels far less daunting while reading. The story is so captivating and the prose so immersive that I devoured it in a mere day. It follows the story of Antoine – Marie Antoinette – and her sister Charlotte – Maria Carolina of Naples – from childhood through to Marie Antoinette’s premature death at the hands of the French revolutionaries and Madame Guillotine. But this isn’t a mere historical novel – it heavily spins a fantasy element into this story, through a magic book that came into the hands of Antoine and Charlotte as children. 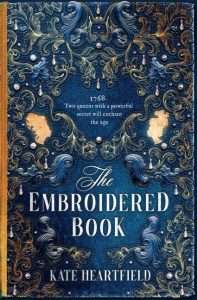 However, while this is the story of two queens, it is not a story about royalty. It is a story about two women, about sisterhood, about finding your own power within the constraints of society, about carving out a space for yourself. Setting The Embroidered Book within this royal family, within these powerful courts in a time where Europe – and many other places, for that matter – were in upheaval, mainly does one thing: it gives Kate Heartfield a bigger and more fun playground to play on. A similar story, a similar magic system might have worked just as well if based around two sisters born to paupers – but the impact that their actions and their experiments with the magic spells have on the world around them would have been less grand in scale. Still, ultimately, this is a character-driven story about the women Antoine and Charlotte more than it is about the Queens Marie Antoinette and Maria Carolina.

There is always something exciting going on and tension is kept high throughout. Despite the book’s length, it never felt like it dragged on or would have needed cutting down, which to me feels like a huge achievement (pun absolutely intended). And this despite The Embroidered Book being far more character-driven than plot-heavy. This really goes to show how stellar the writing that went into the story is. It is poetic without feeling overly descriptive and it is full of historical detail without overloading the reader with trivia. One of my favourite details was that I got to learn about eighteenth century orthodontristy, which was not something I knew existed in the period.

Readers who are wondering why we’re reviewing this on Grimdark Magazine, rest assured that The Embroidered Book is full of delightfully morally grey characters, twisty backstabbing and betrayals. Also, spoiler, the main character dies at the end. And that is pretty grimdark in my book. So really something for both you and your slightly less dead-on-the-inside fantasy loving friends.