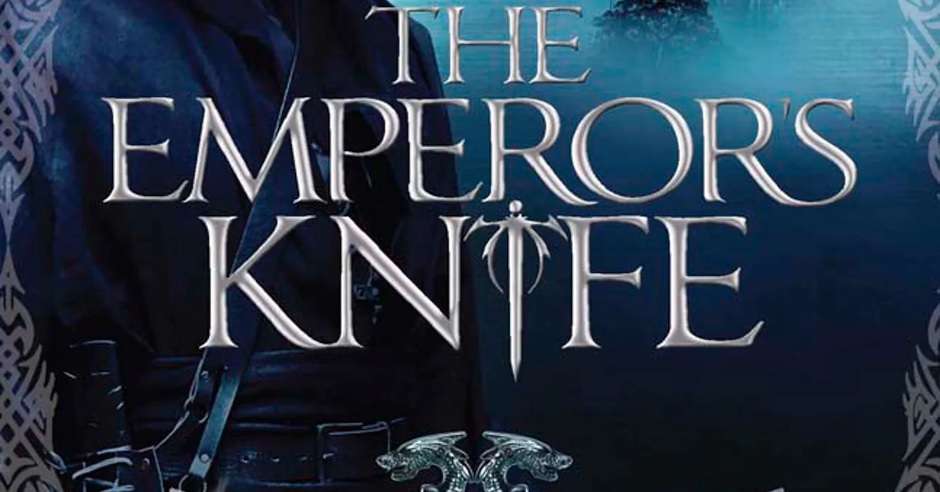 I discovered the name Mazarkis Williams late in the game. It was a lucky accident that I stumbled across her short story Violet in the anthology The Art of War. I loved it. Williams wove a brilliant tale that really sunk its hooks into me. After I finished it, I popped up google and did a search for Mazarkis Williams and was pleased to find out that Williams had an entire trilogy published and ready for my greedy eyes. That’s how I ended up with a copy of The Emperor’s Knife in my lap about a week later. 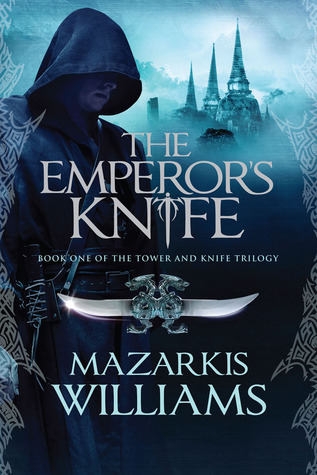 Allow me to preface this review with the fact that after three or four chapters I realized this wasn’t really the sort of book I read. I prefer more swords than sorcery in my novels, and this one was more about political intrigue than rough and tumble dragon slaying. However, it did grow on me, and I decided to give it a chance.

The story is embedded in a magical pattern that is infecting the denizens of the Cerani Empire. Citizens who are infected with the pattern are slowly covered in geometrical designs, and it eventually kills them, or drives them to madness. Therefore, those infected are immediately put to death. The main problem, which arises within the first few chapters, is what happens when the Emperor is infected? Do the same rules apply?

A struggle to fill the potential void in the power structure of the Empire quickly develops. The initial players appear to be the Emperor Beyon, his mother Nessaket, and the Vizier of the Court Tuvaini. However, in time, it becomes obvious that it is their pawns who make up the bulk of the story.

Tuvaini conscripts the help of the Emperor’s Knife, his personal assassin named Eyul. While Nessaket manipulates the fate of Mesema, the daughter of a Chief of the northern Horse Tribes, who she has betrothed to her second son Sarmin. A son who she has hidden away in the high tower because it is tradition to kill all the brothers of the Emperor upon his succession.

The culture of the Empire also plays a vital role in how the story develops. Cerani is an extremely patriarchal society, at least at its highest levels. Women are seen but not heard and exist purely to bear sons for their husbands. An ability once proven, gives them the “right” to bare their breasts in public. A large part of how any of the female characters achieve their goals is determined by how much they manipulate or ignore that aspect of their society.

Even though The Emperor’s Knife is somewhat slower than the action-packed fiction that I prefer, I did actually enjoy it. The interplay between the characters was fascinating, and I found myself rooting for folks by the close of the book. I also enjoyed the fact that while, this is the first of a trilogy, it had definite closure at the end of the story. I could have easily walked away from this trilogy, but now I find that I can’t. I’ll be ordering the second book today.

Matthew Broadway has been reading fantasy stories since before he was born. Ancient Skalds tell the tale that he came out of his mother's womb grasping a first edition copy of The Fellowship of the Ring in his right hand, and the manuscript for his first short story in his left. (It has since been turned down by some of the finest editors) He can usually be found behind the bar at Triskelion Brewing Company, or hovering over his laptop writing.