It’s Wednesday and you know what that means–more Expanse and we’re up to episode eight, titled Hard Vacuum, and given we last saw Naomi Nagata about to expire in an airlock after making a dramatic leap through the void, that’s what I call foreboding. As always, if you aren’t up to where we are, switch the afterburners on and scoot. Spoilers follow. 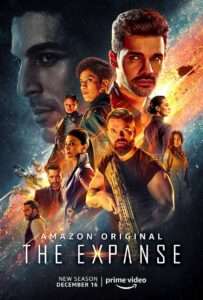 Of course, we start instead with Amos and Clarissa Mao who are making their way across a rapidly devolving countryside in the wake of the asteroid impacts on Earth. Clarissa is now mostly recovered from the anti-mod blockers and her exertions in making mince out of the prepper whose house they occupied a few days back. The pair find a load of elderly folk in body bags. Amos assumes the building was an old folks home and they were killed when they couldn’t care for themselves. Clarissa says she hopes it was done humanely and asks if it’s always going to be like this. Amos says it will be at least for a while. Clarissa says she knows where they can get a ship, but they’ll need help.

Onboard the Free Navy, Marco is eulogizing Cyn in quite touching terms. He asks Filip how Naomi died. Filip tells him that she wanted to die and Cyn tried to stop her, but she didn’t have to kill him. Marco cuts him off and blames Filip for his death.

Naomi wakes up on board her ship, the Chetzemoka, and is clearly suffering from the effects of her leap through the void. She finds the control screens are broken and the whole ship wired up as a bomb.

She hears talking rattling through the ship and finds a simulated recording of her voice calling out to the Rocinante for help.

On board Drummer’s little fleet, things are pretty awkward as they salvage from Belter ships that fell foul of the Free Navy. Meanwhile, Karal is listening in, very much there as Inaros’ agent.

David Pastor makes his first address as the new secretary-general. He gives Avasarala and Delgado their credit for stopping the attack and announces a manhunt for Inaros in stirring terms, and we find out afterwards that Crisjen coached him on this.

Amos and Clarissa get into Baltimore and try to get help from his old friend Eric who initially dresses Amos (well, Timothy) for coming back. They offer a way off the planet but Eric doesn’t want to leave after all he’s built up here. He gets talked around by Clarissa and speaks about how he watched the aftermath of the impact and the sea just swept so much of the familiar city away.

There is a security council meeting on Earth and Delgado says they need to make a strike, suggesting Pallas station be attacked. Crisjen argues against that as it’s attacking a civilian target, saying this will set all Belters against them, even those who don’t already support Inaros. 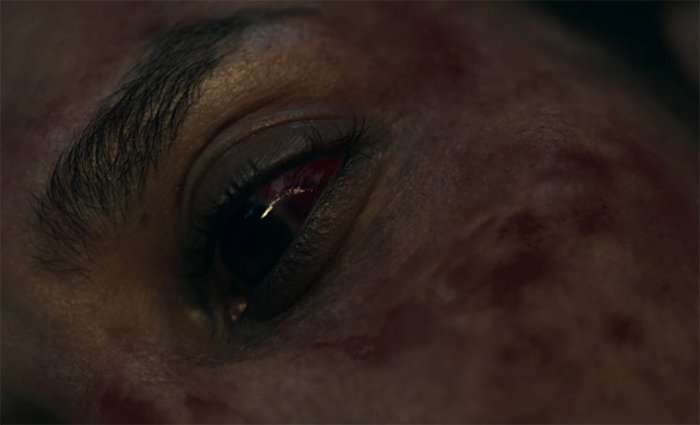 Naomi is desperately trying to stop the message baiting the Rocinante from broadcasting, despite being injured. She attempts to wire up the comms in a busted up spacesuit to send out a new message that the ship is a bomb and she has n