REVIEW: The Fall of Babel by Josiah Bancroft 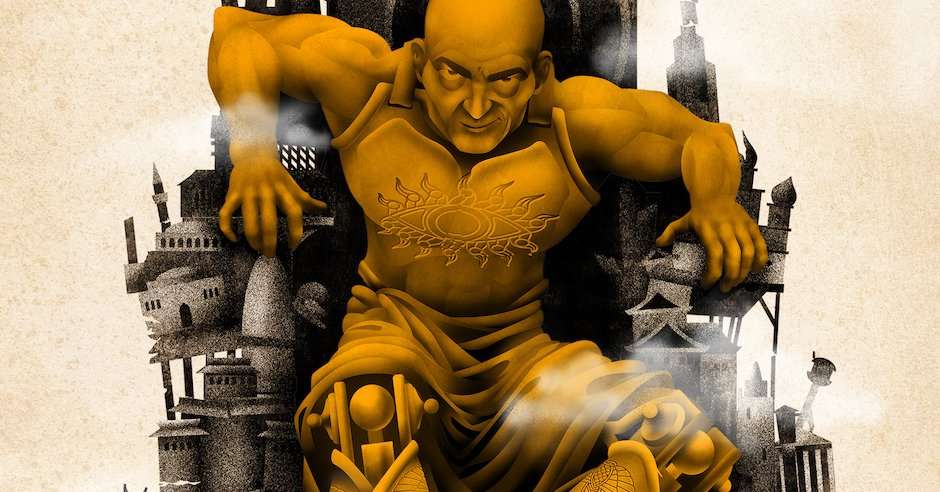 In 2016 Josiah Bancroft entered Senlin Ascends into the Self-Published Fantasy Blog-Off. Pornokitsch (real name Jared Shurin) put it up as a tie with Phil Tucker’s Path of Flames, and was so enthusiastic about both books that I picked them up immediately. After reading each of them, I picked up their sequels as well. 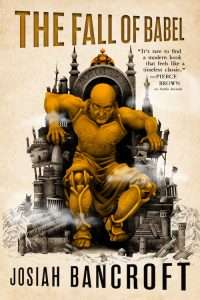 I wasn’t the only one. Mark Lawrence, founder of the SPFBO, read Senlin Ascends as well and enthused about it, and that kickstarted a chain of events that led to it becoming immensely popular, and ultimately picked up by Orbit Books for a traditional publishing deal.

If you’re new to The Books of Babel, the series follows Thomas Senlin, a small-town teacher in a one-room schoolhouse, who goes on his honeymoon to the Tower of Babel. (To be clear, it has little to do with the Biblical one—Bancroft claimed it was “more of an alternate universe than an alternate history. The Tower is not part of our timeline or this reality”.) Once there, he soon loses his wife and desperately searches for her through a tower that seems to be a maze of Kafkaesque nightmares that its citizens simply accept as the way things are.

The Tower is absurdly huge, filled with separate ‘ringdoms’ that operate largely independently of one another. It’s full of bizarre steampunk technology and defies easy classification. There are several things in the Tower that seem magical, but they all have a scientific basis, even if Senlin doesn’t know how they operate.

The first book follows him quite closely. Senlin is a hard man to like at first, convinced as he is of his own importance and erudition. He has none of the typical fantasy protagonist skills, though he does learn over the course of the series. This does seem to frustrate some readers, but he always felt grounded, realistic, and compelling to me.

The sequels all branch out with various people he’s met, most of them members of his eventual airship crew. And as we reach The Fall of Babel, their stories seem to overtake his.

This isn’t a bad thing. We do spend plenty of time with Senlin. But by the end of The Hod King, Senlin knows what he wants, and he knows what he needs to do, and he’s gained the capability and willingness to do it. He starts The Fall of Babel a man changed. The other crew of The State of Art, their airship, require a bit more to truly complete their character arcs.

This starts with Adam, whose tale opens up the novel. It felt at first like it could have been a separate novella, since it follows a side character and then brings him into a new place, and the reason for its importance takes a while to come up. However, it didn’t take long before I utterly loved his story.

A good part of that is Bancroft’s prose. The sheer number of sentences that can stand up on their own without the story around them and still feel true is impressive. The chapter epigraphs in particular are constantly great. For example:

Pilgrims are encouraged to remember that the principal consumers of sheep are not wolves but shepherds.

Like a drowning soul floundering at sea, the hand of history reaches for objects of convenience rather than perfection. And so are heroes gripped.

Even as the story rushes on towards the ending we keep hearing of new ringdoms, and new realizations about the tower. Senlin is reasonably intelligent, and he meets plenty of other well-traveled people, yet the Tower can still surprise them and us. It’s too mammoth and complicated for anyone to understand, even the titans who are warring for control of it.

Much of the conflict comes down to those two titans. The Sphinx is a genius and reclusive inventor of many of the bizarre gadgetry through the tower. The Hod King, Luc Marat, is a would-be emperor who manipulates the legitimate grievances of the outcasts of society.

While I do not wish to spoil the actual story, I will say the ending was perfect and beautiful. Josiah Bancroft absolutely nailed the ending, and I cannot wait to see what he does next.

Read The Fall of Babel by Josiah Bancroft