The world of The Few and Cursed is a fresh take on the post-apocalyptic setting: a world where almost all the world’s water vanished overnight in 1840. What we’re left with is a world of gunslingers and saloons, blowing deserts where there were once oceans, curses, and monsters both human and otherwise. We first met Captain Bartholomew Eamus in Turks and Caicos in Scarlet Dream, written by Felipe Cagno and drawn by Jose Luis, the first story in the collection Chronicles of the Few and Cursed. The latest entry into this world, written by Carlos Estefan with art by Pedro Mauro, The Few and Cursed: Heart-Shaped Ambition, tells Bartholomew’s story leading up to that initial moment. 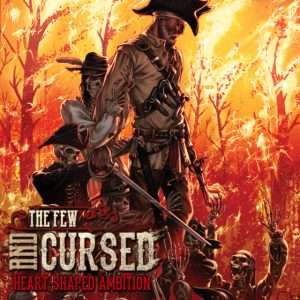 Heart Shaped Ambition’s world bears little resemblance to what we’ve come to expect from the Few and Cursed, taking place prior to the mysterious cataclysm that wiped out the world’s water. That’s not a bad thing – the world is rich, with almost infinite possibilities for choices of location and time period, and filled with dark mysteries. This change in setting allowed colorist Clonerh to use a different palette than what we’ve come to expect from the series. Instead of the dry sepia tones that come with a desert planet, we’re treated to the blues and greens of oceans and jungles. That said though, I felt the coloring was the weakest part of the book, occasionally feeling unfinished. The art style leans heavily on the penciling which creates a distinctive style that is marred in some places by Clonerh’s heavy shading. Kickstarter backers were also treated to an excellent black and white version of the book as well.

It’s obvious this is a Kickstarted project and not a heavily polished big budget production, but that’s a compliment not a criticism. Heart Shaped Ambition’s team was able to create visually appealing and distinctive artwork that I enjoyed on a Kickstarted budget. The end result would have been very different with quadruple the budge, but I don’t think that would have actually made the book better. Heart Shaped Ambition was made with love and it shows.

The Few and Cursed is an amazing series that is constantly growing in new and exciting ways, whether that be boardgames, table top RPGs, or spinoff stories. Heart Shaped Ambition is an excellent, albeit B-tier, addition to the world. I wouldn’t suggest it as a point of entry to this amazing world, but its still a good read and I recommend it. Don’t sleep on The Few and Cursed, it’s just too good to pass by.

You can check out their catalogue page, here.

Jason is an avid videogamer, sci-fi/fantasy lover, and small press and indie comics aficionado. He can recite Big Trouble in Little China from memory, is obsessed with Borderlands, and loves art and travel. When he's not having adventures with his amazing wife, he's home walking his dogs. 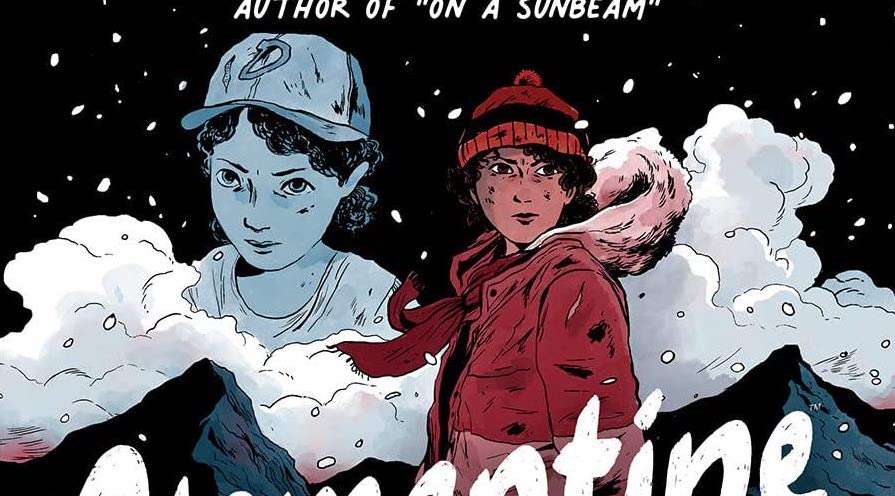