REVIEW: The Fury of Magnus by Graham McNeill 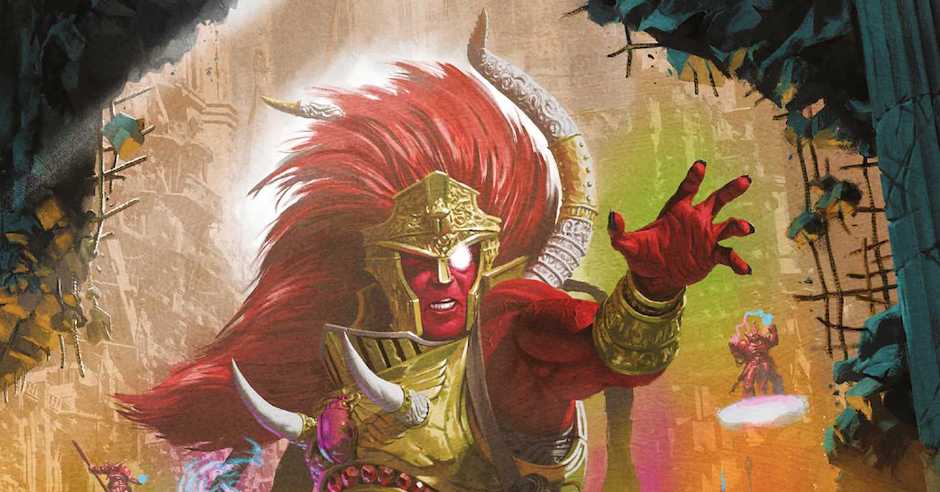 The Fury of Magnus novella is the latest instalment in the ongoing Siege of Terra series as Black Library’s centrepiece project pushes towards a conclusion. 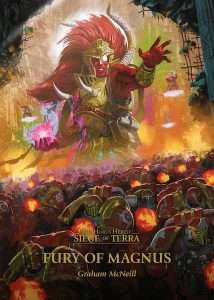 As a novella, Fury of Magnus is more of a side-quest concentrating on Magnus the Red who was pretty much absent from the endgame of the Horus Heresy in the old lore. It doesn’t take us closer to the conclusion but it does tie up some interesting ongoing stories and provide further insight into Magnus and the Emperor.

As is usually the case in Black Library novels, our point of view comes from more mundane folks than the demigods who the story focuses on, but they’re definitely more significant than the normal baseline humans with the perpetual Alivia Sureka and some Salamander marines.

The plot of Fury of Magnus involves Magnus and his inner cabal of Thousand Sons infiltrating the Imperial Palace in an attempt to retrieve the final shard of his soul. They are pursued by some Salamanders and Space Wolves and intercepted by Malcador the Sigilite with an appeal from the Emperor.

Everything here will be almost completely impenetrable to someone not familiar with the Warhammer 40k lore and it relies on a lot of set up work from previous books in the Horus Heresy series so this is absolutely not a jumping-on point.

The high points of Fury of Magnus are the insights into Magnus own personality and the weary humanity of Alivia. The best moment is Alivia looking down at her daughters in the refugee camp on Terra and lamenting how her mischievous child is fading away. It’s a touching moment that hammers home the human suffering of the setting, in stark contrast to the grand schemes of immortals. As the Horus Heresy sweeps to an end, we can sometimes overlook the sheer grimdark hopelessness and suffering at play while we enjoy the technicolour sparkle of demigods doing battle and reveals of lore that has remained vague for 40 years, so this is an important thing to see included.

While Fury of Magnus ties up Magnus’ story quite well – a story that McNeill has played a huge part in shaping, not least in 2010’s A Thousand Sons – and offers a view into the machinations of the Emperor and Sigilite it is very definitely added value rather than an integral part of the series.

McNeill has a deep understanding of this setting and these characters and it shows. He slips between the distinct voices of Salamanders, Space Wolves and Thousand Sons with ease and from baseline human refugees to Primarchs with a grace that only comes from familiarity. He weaves all of this, from intense battles to conversations held in a moment in between psychics into a cohesive whole that is no mean feat in such a well-realised world. It would be so easy for it to feel bitty.

All in all, Fury of Magnus is a solid outing in a very expansive series. As an audiobook it only takes 6 hours 45 minutes – voiced by the ever-impressive Jonathan Keeble – and I found it a neat palate cleanser between longer stories.

I’ll recommend this for Horus Heresy / Siege of Terra completists and fans of Magnus the Red and the Thousand Sons but it’s far from necessary and definitely not the title to break in newcomers to the setting.

Read The Fury of Magnus by Graham McNeill