REVIEW: The Girl and the Mountain by Mark Lawrence

I received a review copy of The Girl and the Mountain from the author in exchange for an honest review. Thank you to Mark Lawrence and Ace Books.

The Girl and the Mountain continues the action after the enormous cliffhanger that ended The Girl and the Stars. What could possibly occur next has often plagued my thoughts for almost a year and a half. To be truthful, apart from the knockout of a finale, my memories of the previous novel are hazy which is why I applaud Lawrence for including a The Story So Far section. When I was caught up and was content that I didn’t need a reread of the first book, I was excited to continue with The Book of the Ice, and was hopeful that I’d enjoy it as much as I did The Girl and the Stars. 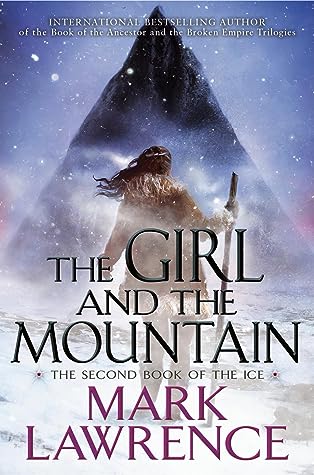 This is the ninth of Lawrence’s novels that I have read, and if my memory serves me correctly, it is the first time he has written multiple point-of-view perspectives. Yaz is still the titular Girl and the main protagonist. She’s influential, likeable and extremely powerful as she can wield the power of the stars and touch the river that runs through all things. The two other point of view characters readers will be familiar with from the first novel and they both care deeply for Yaz in their own unique ways. For the first 50% of The Girl and the Mountain, the three protagonists are all having adventures in or around the Mountain, which is known as the Black Rock, where the priests who keep order on the Ice reside. The three storylines come to a head in spectacular fashion at about the 50% mark with an expertly composed climax and set up for what comes next. This was deftly written so that The Girl and the Mountain has a halfway mark that many other authors would thrive to achieve at the end of a novel or even a series.

I won’t go into the exact details of what happens either before or after the 50% point yet, much like its predecessor, The Girl and the Mountain is a finely crafted mix of dark fantasy and science fiction with mysterious advanced technology, made by the previous occupants of this dystopian, dying planet. We find out further information about the Missing, the Gods worshipped on the Ice, and the many players behind the scenes, and what their goals are and could mean for Abeth. The harsh elements and realities on the Ice almost felt like a character or a villain in itself, to be respected and feared equally.

“Starvation is a much swifter process when you’re cold, but nobody dies truly thin on the ice. Starvation simply opens a gate for the wind to come through. It’s the wind that wields the knife.”

Lawrence’s writing often plays at the heartstrings, with the words, patterns, and emotions overtaking and overwhelming the reader like the winds on the Ice. I read a lot of fantasy, however, quite often when reading Lawrence, I have to put the book down, take a breath, reflect, and then continue, nodding to myself that this author really knows how to tell a great story. 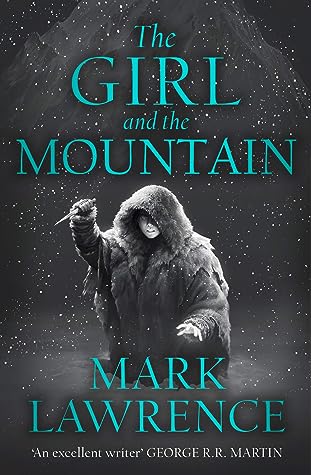 There is a lot to really enjoy in The Girl and the Mountain including many fine characters who we get to know far better in this entry, some intense and thrilling action segments, interesting and unique world history and technology with some neat crosses over with (potentially) our world as well as the world of The Book of the Ancestor. There are a few Easter Eggs for fans of Nona’s story and we’re given an idea of when this series takes place in relation to the previous trilogy. The Girl and the Mountain even includes a loyal, mechanical dog-like companion named Zox!

If I had to be extremely critical, 5-10% of the second half of this novel dragged and seems a bit repetitive, but, when analysing, I can’t really see this as a negative because I don’t know how Lawrence could have filled the pages differently to get from the already-mentioned, excellent halfway point, to the almost as fulfilling and well-worked conclusion. If the cliffhanger ending of the first novel “knocked you for six” then you’ll be curious to discover that The Girl and the Mountain also has a monster cliffhanger, just when things seem to be looking positive too.

With any other author, having to wait for the next novel on such a cliffhanger playing on your mind might be unbearable, but with Lawrence and his work rate, I’m certain the follow-up will be released next year. Book of the Ice is an excellent and artful merger of fantasy and science fiction by an author who knows how to make us care about his characters, many of whom may not make it to the final page. Even those who do make it that far, their safety is not assured and danger always seems to be lurking close, which is one of the reasons why I will pick up the as yet untitled 3rd book in the series as soon as I can.

Additional note: I listened to about a third of The Girl and the Stars by Audiobook. Helen Duff gives a fine performance and I particularly liked her Scouse-sounding accent for Yaz.

Read The Girl and the Mountain by Mark Lawrence