REVIEW: The Girl and the Stars by Mark Lawrence 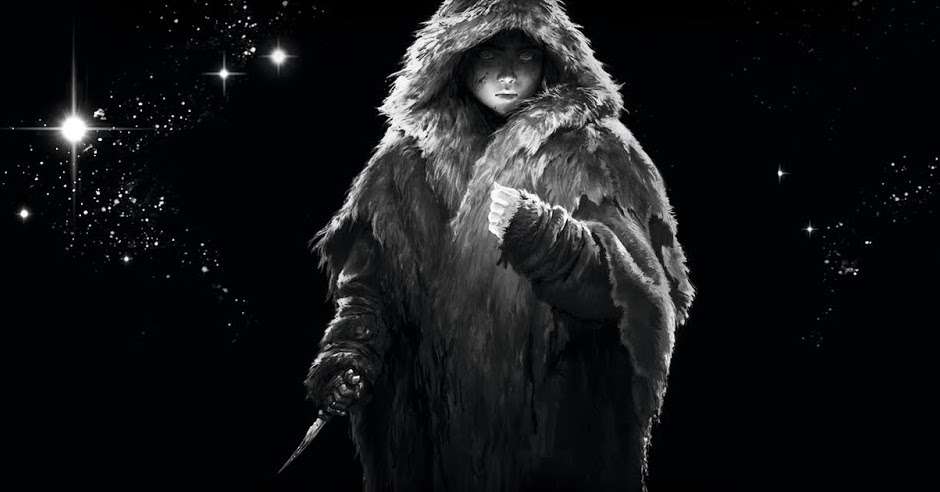 I received an uncorrected proof copy of The Girl and the Stars. I would like to thank Mark Lawrence and Harper Voyager for the opportunity.

This tale is set in the same world as The Book of the Ancestor, yet in a completely different environment. We follow Yaz, a sixteen-year-old member of the ice tribe the Ictha. To progress from being a child and ascending to adulthood the younger members of all the tribes have to be judged by the regulator Kazik. All the clans converse at the Pit of the Missing where the judgement will take place. Any individuals who show weakness, strangeness or unaccustomed ‘qualities’ are deemed to be unable to survive on the ice. They are the Broken.

“In the ice, east of the Black Rock, there is a hole into which broken children are thrown” 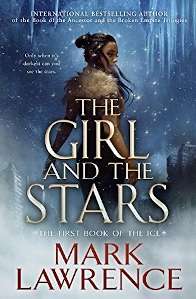 Our protagonist Yaz fears the worst. She truly believes she is destined for the harrowing darkness and the unknown horrors of the pit. If she survives the fall. Yaz suffers from fatigue on long treks far faster than her comrades. She can keep up with them as every few days she can touch ‘The River’ which is essentially ‘The Path’ which readers of the previous trilogy will be familiar with. This helps her gain extra strength, resistance and power. The regulator can supposedly see into a certain individual’s heart and soul so will surely see Yaz’s secret and thereafter she will be eternally banished.

Yaz ends up in the pit as does her twelve-year-old brother Zeen. They don’t fall together and most of the narrative is our protagonist trying to rescue her brother. Initially she is alone in the penetrating darkness – it is claustrophobic and builds up extreme tension as she tries to survive and navigate this alien environment. This constructed atmosphere underground was reminiscent of segments featured in Graham Austin-King’s Faithless and Jules Verne’s Journey to the Centre of the Earth. It also has elements that are similar to those showcased in 2017’s Game of the Year – The Legend of Zelda: Breath of the Wild – especially with some of the monstrosities that lurk in the darkness that are known as Hunters.

Fortunately, Yaz doesn’t spend her whole time walking around alone in the gloom. When a demon-infested flesh-eating gerant (giant) attacks her she is saved by other members of the Broken. It transpires that there are many such as her who have had to brave the drop and there is actually a sort of civilisation beneath all that she has ever known on the surface.

In similar fashion to Lawrence’s work that I have read so far, we only follow one point of view perspective. Yaz is an excellent lead character. She is extremely powerful but doesn’t really know how, why or if she should use these talents. In addition, the ensemble of supporting players feature some of the finest that Lawrence has ever crafted. Examples include the former demon-tainted Thurin, the thousand-year-old mysterious but insightful and insanely strong Erris, and the seemingly shy but capable shadow-weaving assassin Maya.

This novel, as previously mentioned, is set in Abeth, the same world as Book of the Ancestor. Apart from the excellent writing, unique magics, and that the characters are crafted brilliantly, what is presented here is quite different. You can read this without knowledge from the previous trilogy, however; I believe your enjoyment will be heightened by at least 20-per cent if you had. As far as I can acknowledge, none of the characters crossover here. This led me to ask Mark when this was set in relation to the former trilogy. He replied essentially saying I’d have to carry on with the series to find out which makes it intently exciting to find out. Will Nona meet Yaz like Jalan met Jorg? Exciting times are ahead in this series for sure. Luckily Mark is one of the most proactive top-tier fantasy authors currently writing so hopefully, I will not have to wait that long to find out. The finale has an intense and shocking cliffhanger too and I can’t wait to see how the narrative continues in Book of the Ice’s next instalment.

Lawrence had already constructed a unique and astonishing world with Abeth. In The Girl and the Stars, we are introduced to new Gods, terminology, factions, and emotions. It features but is not limited to monsters, twists, darkness, civil-war, betrayal, possessions, true friendships, and sibling love. These are just a few of the themes presented here.

This is an exceptional, haunting, and claustrophobic take on fantasy that presents some of Lawrence’s finest storytelling. It’s an incredible and emotional adventure. I have no idea what comes next and I can’t wait to find out. Lawrence goes from strength to strength with every release.

Buy The Girl and the Stars

[…] Girl and the Mountain continues the action after the enormous cliffhanger that ended The Girl and the Stars. What could possibly occur next has often plagued my thoughts for almost a year and a half. To be […]