REVIEW: The God is Not Willing by Steven Erikson 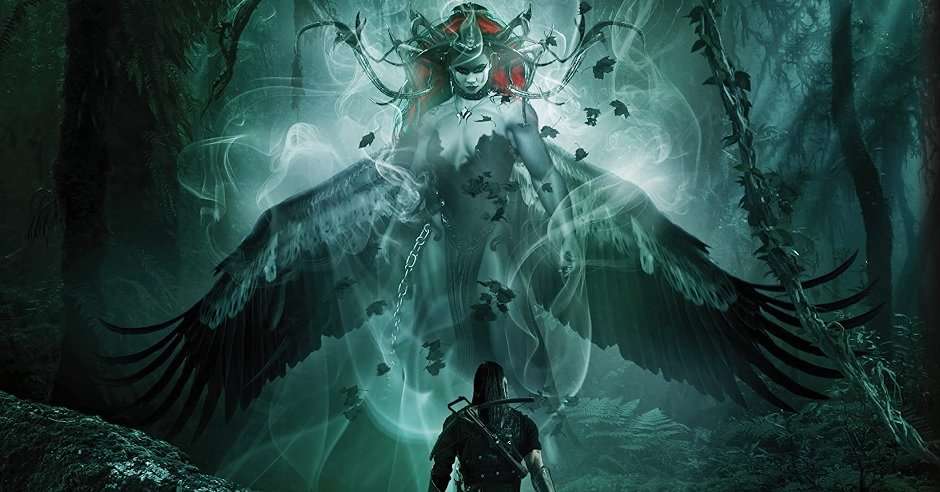 I received a review copy of The God is Not Willing in exchange for an honest review. Thank you to Steven Erikson and Bantam Press. I don’t believe my review contains spoilers, but with releases this anticipated I tend to include a minor spoilers may follow warning.

Set approximately ten years after the events that concluded The Crippled God (MBOTF #10), The God is Not Willing returns readers to Northwest Genabackis, specifically Silver Lake. In House of Chains (MBOTF #4), the warriors Karsa Orlong, Delum Thord, and Bairoth Gild ventured here to cause havoc. Now, less than twenty Malazan marines have been sent to investigate stirrings in the North, bringing them to the garrison at Silver Lake. The tribes of the Teblor are setting their sights on the South and in addition to these thousands of warriors, something cataclysmic approaches Silver Lake too. 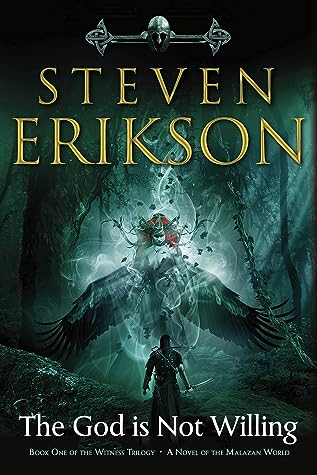 I feel the need to mention early on in my review that Karsa Orlong does not feature in The God is Not Willing. Now referred to as The Shattered God, Karsa resides in a dwelling outside Darujhistan, being generally morose and miserable and refusing the affections of those who revere him.

In The God is Not Willing the main characters are the “knifey-mage” Stillwater, Oams, who may or may not be a Claw assassin, the last and arguably the least of the Bridgeburners, Spindle, and the young half-Teblor Silver Lake resident, Rant. He’s the bastard son of Karsa Orlong and was conceived during a rape a decade and a half ago.

Two of my favourite characters in The God is Not Willing were Rant and Spindle. We’re introduced to Rant as something pretty harrowing happens to him, a scene that may be upsetting for quite a few readers. Throughout the novel, he develops and changes a lot, goes through a plethora of feelings, yet there’s still much potential for further growth and innocence to lose. Quite early on in the book Spindle graces the pages, a character that I vaguely remembered from my time reading Memories of Ice (MBOTF #3) and Toll the Hounds (MBOTF #8), so I was pleased to see a player that I recognised being in the mix here. Spindle is calm and unshakeable, probably the most experienced Malazan marine still active in this era, although none of his squad believe he was actually a Bridgeburner, whereas Rant is raw, emotional, and confused. In a way, Erikson could be presenting us the old school and the new school of this world through these two characters, their differences, and their world views, and I was intrigued throughout to see whether or not their paths would cross.

Although Karsa doesn’t feature, his actions and legacy can be felt throughout, especially witnessed from the views of the Teblor contingent of the Dramatis Personae which includes two of Karsa’s daughters, Delum’s son, and Bairoth’s widow and her daughter. Even the Malazan marines are aware of the events that occurred at Silver Lake many years before and about Karsa’s ascendancy.

I finished my read of Malazan Book of the Fallen about five years ago and I rate it one of my top two fantasy series. My expectations for the first novel in the Witness trilogy were high but I tried my best to keep them levelled to avoid disappointment. The God is Not Willing is as good as I expected it to be. A solid 8/10 and an admirable first entry. Erikson continues to showcase his talents as an impressive wordsmith who I believe sprinkles the perfect amount of humour and camaraderie to balance the darkness and impending doom. Frequently, especially in the second half of the novel, I found certain scenes and set-pieces to be almost hypnotic with the way they drew me in, being equally mesmerising and memorable. Add to this intense battles, witty banter, advanced warfare, new curses, new gods, and escapades with warrens and this world’s supernatural and you’ll see why I had such a good time with this book.

There were also some very neat and unexpected, albeit brief cameos by a handful of major players from the main series. To mention who would be to spoil, but I can’t help but think these were more thank yous or easter eggs to Malazan fans rather than significant to the plot. I hope I am wrong though, as would love to see some of these players get more page-time in the rest of the trilogy. There is a lot of depth to this world as Malazan readers will already be aware and this novel rewards people who know what has come before. I couldn’t help but chuckle or smile at occasions such as a character saying “it’s not a couple of Necromancers is it?”

Could you start your Malazan experience with The God is Not Willing? I honestly don’t know. This is my sixteenth book in the shared world of Erikson and Esslemont so I’ve built up a decent knowledge of the way this world works. That being said, I did find this an easier, more succinct and streamlined read than the main series though, with a reading experience similar to the excellent Path to Ascendency novels.

The God is Not Willing is a worthy next step after the mighty Malazan Book of the Fallen. Not as grandiose in scope but still packed with the qualities that I previously adored. It features a heavy body count but has lots of heart at its core. I’d also like to add that I admire everything about the cover artwork and how it relates to events in the book.

Read The God is Not Willing by Steven Erikson