REVIEW: The Hand of the Sun King by J.T. Greathouse 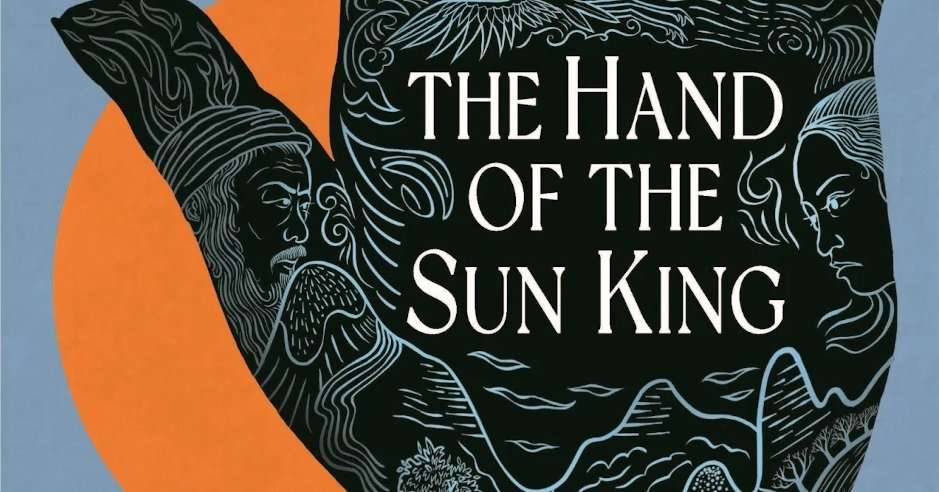 I received an uncorrected proof copy of The Hand of the Sun King in exchange for an honest review. Thanks to J.T. Greathouse and Gollancz for the opportunity. 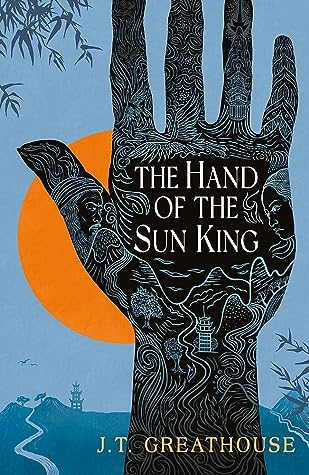 The Hand of the Sun King is the first-person perspective autobiography of Wen Alder as he informs the reader of his younger, formative years, and his thirst for magic with no limitations. On one side of his family, Alder is a descendent of the great General Wen Broad-Oak, and after a dip in the family’s fortunes, Alder’s father wishes for him to redeem their name to its previous place of prestige. From his mother’s side, the blood of the old magic runs in his veins, and his grandmother and notorious uncle Harrow Fox route for the resistance against the Emperor and Sienese rule. Alder has two possible paths, a choice of two cultures, a decision of where his loyalties lie, the possibility of two different types of magic, our protagonist even has two names. Wen Alder and Foolish Cur.

The Hand of the Sun King is set in an expressive and picturesque fantasy world with Eastern influences. It contains an intriguing yet not too complex magic system that embraces the pattern of the world where the user manipulates the world like a calligrapher would their art. The magic system and the world-building are cleverly presented to the reader as Alder sees or learns things during studies or his postings throughout the Empire. There are deep histories, detailed cultures, teachings of famous philosophers, and some wonderful children’s stories, such as an extremely memorable and important moment about a Cat who wanted to be a Student. The Hand of the Sun King is full of political maneuvering, characters with unclear motives, betrayals, hardships, and tragic moments that will impress fans of Robin Hobb’s Fitz and the Fool novels.

It wasn’t always pleasant to follow Alder’s adventure because a lot of horrible things seem to happen to him and those he cares about and because, in his search for a possibility of magic without limitations, he isn’t always likeable. The Hand of the Sun King is an arresting read that is full of drama and some fine characters to help or hinder Alder on his journey to find his place in the world. Greathouse is an excellent writer and when reading one of the many impactful, emotional, and engaging passages I often nodded to myself knowing that the author got the most out of that moment in an admirable, satisfying manner.

The pace throughout is pretty steady, almost soothing sometimes which juxtaposes the harrowing happenings. The Hand of the Sun King takes place in about 4 very distinct settings which are the backdrop to 7-8 very impressive, standout moments. With about 40 pages left of this 400-page book, I built myself up for disappointment. I didn’t know how the author could possibly wrap up the novel in a gripping, exciting way that allowed it to work as a standalone instead of just a first-in-a-series groundwork book way. It was as if that author has envisaged my doubts as what followed was one of the best finales of a debut novel I can remember reading in a very long time.

Greathouse should be proud of what he has accomplished here. The Hand of the Sun King is an excellent mix of classic and modern fantasy with a grimdark undertone of despair. The author wears some of his influences on his sleeve which works well mostly but there was one, I assume, The Name of the Wind-inspired moment that made me groan. That aside, I had an extremely positive time reading The Hand of the Sun King and heartily recommend it to readers who have enjoyed debuts from recent years such as The Poppy War, Blackwing, and We Are the Dead. Depending on what comes next, the Pact and Pattern series could become a future classic with the pieces on the Stones board now set and the potential and possibilities endless. One final note is that the title and the cover, to me, seemed to be added new meanings by the time I’d finished the book, but perhaps I’m just peculiar. Either way, a solid 9/10 rating.

Read The Hand of the Sun King by J.T. Greathouse