REVIEW: The Hand that Casts the Bone by H.L. Tinsley 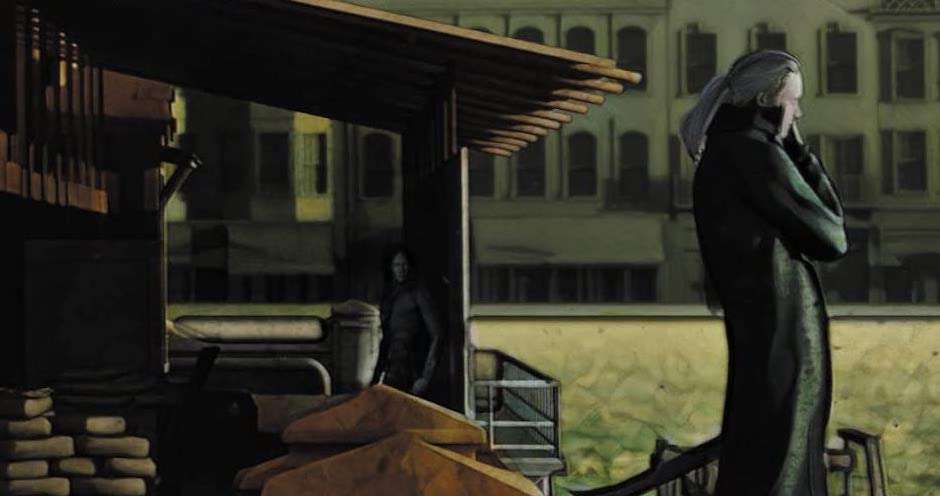 HL Tinsley’s The Hand that Casts the Bone is the follow-up to her debut, We Men of Ash and Shadow. Beginning shortly after its predecessor leaves off, Tinsley packs her sequel full of consequences. As her characters learn the hard way: you reap what you sow, but it’s not always you who pays the price. Sometimes, it’s the people you love the most. 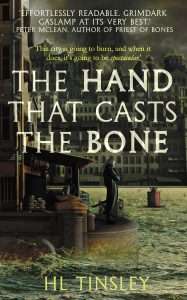 The Hand that Casts the Bone finds the city of D’Orsee teetering on the edge of revolt. Causing a further descent into chaos, the death of a prominent aristocrat shifts the balance of power, calling all ruthless and ambitious men to come out and play. Some strike forward to seize control while others must accept the “perks” of acquiring a vigilante status, including the lack of medical assistance and finances. No amount of words nor weapons can be wasted with everything at risk. As the city threatens to burn itself down in flames, hope and chance can only form from its ashes.

Sequels are challenging for me as a reader. More often than not, they can feel too much like “middle books” with the sole purpose of bridging pieces of the overarching story together. This was not the case with The Hand that Casts the Bone. Tinsley builds upon all the elements I enjoyed from We Men of Ash and Shadow while strengthening and adding to the complexity of the story she tells. The connections between the two books are present while being purposeful. The standout aspect of the book comes from Tinsley’s ability to display realistic character dynamics and then relate these relationships to significant themes that directly propel the plot forward. Each character faces conflict with difficult consequences regardless of the choice made. Tinsley executes the fallout well, and the payoff is well earned.

The Hand that Casts the Bone takes traditional grimdark elements like morally-grey characters, ambiguous decisions, and brutal violence and applies them to a Gaslamp atmosphere with Gothic undertones to create something wholly unique. Tinsley’s bleak world sets the stage for the themes of choice, hope, and redemption to play out in varying ways, keeping the reader on their toes at every turn: “Each person has a threshold at which point, when confronted with things they do not want to face, must choose between fight and flight.” Only Tinsley knows what’s in store next, but I’m most assuredly going along for the ride.

Thank you to the author for sending me an ARC of The Hand that Casts the Bone to review.

Read The Hand that Casts the Bone by H.L. Tinsley