REVIEW: The Heart of the Circle by Keren Landsman 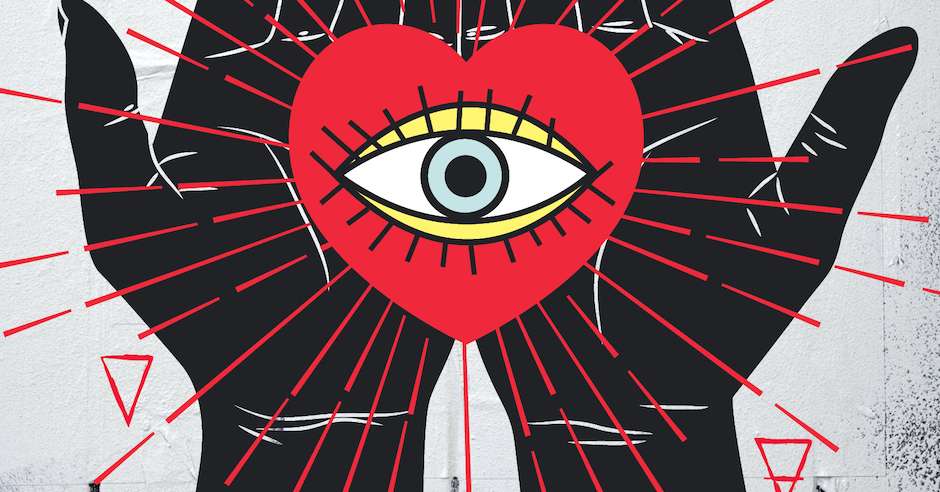 Magic and sorcery has always fascinated me in the fantasy genre. There is something so captivating about a wizard casting fireballs or a warlock making pacts with demons and ghouls to attain more power. It was for this reason alone that I was drawn into reading Israeli author, Keren Landsman’s, The Heart of the Circle. 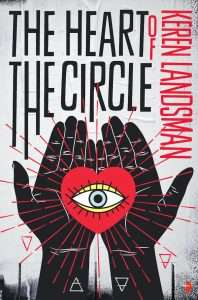 Set in an alternate reality whereby magical users (sorcerers) exist, The Heart of the Circle follows the protagonist Reed, an empath, who becomes the next target of the religious extremist group, the Sons of Simeon after a brutal march for equal rights. This is further complicated by a burgeoning romance and the lackadaisical efforts of protection by the government.

A sombre and heavy tone envelopes the reader as Reed’s opening monologue brilliantly sets up this gloomy world. He states, ‘when the first murder happened we cried for a week…after the second murder, our tears were silent. The third – we stopped crying’. Landsman not only delicately reinforces the state in which her sorcerers live, but the merciless conditions in which they are treated. I was enthralled with this line and of course, this is indicative of Landsman’s writing throughout. Her skill with the world-building of this alternate reality is masterful and I found myself drawn into the sociopolitical and geopolitical aspects of this novel (even though these are mostly teased out with mere fragments littered throughout the pages).

The crux of Landsman’s novel is to Other the sorcerers akin to how Marvel Others the mutants in X-men or (more appropriately) how the mages are Othered in the Dragon Age video game series. Though unoriginal, I do enjoy social critiques in my fantasy, and Landsman expertly weaves critique betwixt her work. It adds yet another layer to this sombre tale and at times, tugs at the heartstrings. Some of it is on the nose and perhaps even awkward, but I appreciate the direction in which Landsman steered the reader. This is the perfect subject to examine during such turbulent times, and I can only encourage more writers to follow her path.

Though The Heart of the Circle works in depicting this rather fractured world, it is at times often hamstrung by a saccharine humour. Sometimes novels do require jovial tone to allow catharsis, but Landsman often interweaves snappy one-liners delivered by Reed alongside such dreadful scenes of explosions, death, and mayhem. Such break-neck transitions confused me and muddled an already salient world. This was only exacerbated by the naming conventions in The Heart of the Circle. The names of some of the characters, such as: Oleander, Blaze, River, Odelia, Aurora, Forrest, Gaia, Tempest, and Lilac feel more at home in a comic book series or a less serious text. It was difficult at times to take these characters seriously, especially when their names often referred to their sorcerous powers. This was unusual in and of itself considering the fact Landsman attempts to subvert stereotype in general.

My understanding of Landsman’s concept of magic was a little muddled as well. It may feel unfair that I’m about to criticise Landsman’s concept of magic when she’s far more interested in the social conventions and contrasting sorcerer rights alongside homosexual, trans, and racial rights. But if an author uses magic in this context (like Dragon Age), the reader must understand the nature and limits behind such magic. I understand that empaths (also known as moodifiers or derogatorily ‘moodys’) can control people’s emotions, but I never really understood how this worked. Reed never really detailed how he worked his magical transference (and if he did, it was minimal at best). The same could be said for the damuses which have the ability to see through time or even the elementalists which range from being proficient in all manner of elemental magic. Do they work like the benders in Avatar: The Last Airbender? Do the damuses have control over their visions? I’m left unsure even though there was a lot of insinuations.

Having said that, Landsman’s novel is exceptionally paced and full of intriguing characters and concepts. I do appreciate that this is situated in a vastly different part of the world and only want to read more fiction from more different points of view like this. As mentioned above, Landsman expertly weaves social and political commentary well, this being the reason I recommend this text. Though I have a few quibbles with the text, I believe these can be mostly glossed over, especially if the reader finds themselves engrossed in the plot, romance, and sorcerer battle spectacle.