REVIEW: The House in the Cerulean Sea by T.J. Klune 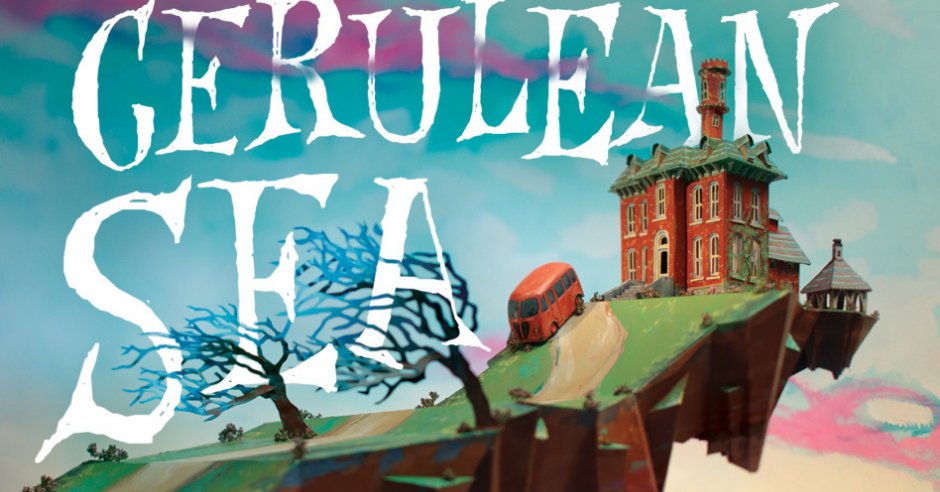 The House In The Cerulean Sea is a lovely book incorporating unique world-building and characters. It is a cross between Mrs. Peregrins Home for Peculiar Children, 1984, and a bit of Umbrella Academy. It is a captivating read and has been making the rounds amongst readers this past year with solidly five-star reviews, and it is wholly deserved of its praise; this is a gorgeous book.

“Humanity is so weird. If we’re not laughing, we’re crying or running for our lives because monsters are trying to eat us. And they don’t even have to be real monsters. They could be the ones we make up in our heads. Don’t you think that’s weird?” 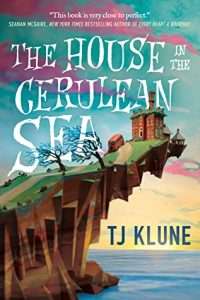 The House in the Cerulean Sea‘s main protagonist is Linus Baker, a gentle soul living a life of quiet desperation. He is a caseworker for a department that is in charge of Magical Youth. While Linus is calm and obedient in most aspects of his life, he is a champion of children and will defend those who can not protect themselves. This sentiment may sound a bit twee, but it comes off as a very authentic aspect of Linus’s personality. Linus loves kids and as a caseworker who audits orphanages and makes sure that the children are receiving adequate care.

“Change often starts with the smallest of whispers. Like-minded people building it up to a roar.”

Because of the organization Linus works in, it is essential that Linus reports and observes the orphanages with objectivity. He needs to remain impartial and not get attached to the children. Linus generally does this well, as he is a more effective advocate for children when he is an impartial witness. But, even with all that he does for children, Linus is a lonely, unfulfilled person. He leaves the office every night, comes home, argues with his busybody neighbor, and goes to sleep. The only passions he allows himself are a love of music and a grumpy cat that he shares his life with.

On a rather ordinary day, Linus’s life changes. Extremely Upper Management summons him. I love how the author creates this level of bureaucracy in The House in the Cerulean Sea. Instead of just upper management, we are talking Extremely Upper Management—the people who aren’t typically seen but who pull all the levers. They want him to evaluate Marsyas Island Orphanage, home to six special kids who aren’t human. In this world, Linus is very familiar with the non-human population and has worked with them many times. Even so, this is a strange project to be given.

“Sometimes our prejudices color our thoughts when we least expect them to. If we can recognize that, and learn from it, we can become better people.”

Linus arrives at the orphanage, and this is where the magic happens in the story. The interactions between the six children: A wyvern, a gnome, a weredog, a green blob, a sprite, and the child of the devil and Linus are charming. It is also an exercise in acceptance. While Linus is unnerved and sometimes terrified by these children, especially in Baby Lucy, he sees their innocence and wants to protect them. He wants to teach them as an elder about courage and kindness, even in the face of townsfolk who don’t want their kind around here. Linus has a month on this island, and while he tries to keep his typical objectivity, it isn’t easy in the face of the beautiful interactions with the kids.

Additionally, Linus needs to interact with the headmaster of the school. A Mr. Arthur Parnassus, whom Linus is intrigued by, but again tries to remain impartial as he is there to evaluate Arthur as well. The relationship between Arthur and Linus is written as if they are dim lights circling each other, but they get brighter as they get closer to each other. It is a beautiful thing to read.

The entire story is uplifting. I know that many who read fantasy like it dark; I mostly look for morally gray characters and dark fantasy myself. The House in the Cerulean Sea seemed quaint and not something I would typically read when I originally read the blurb. But, there is something about TJ Klunes writing that is wonderful. It isn’t quaint or cutesy, but something far more elegant and lovely. The relationships that Linus has, first with the children and then with Arthur, have a healing quality that extends past the character and affects the reader. Marsyas Island Orphanage was healing for Linus’s soul after years of stagnation and repression, and it feels healing for readers like me after this long year of suckage. This story is like a warm mug of hot cocoa with a shot of whiskey in front of a fire. This story’s message is powerful, and it