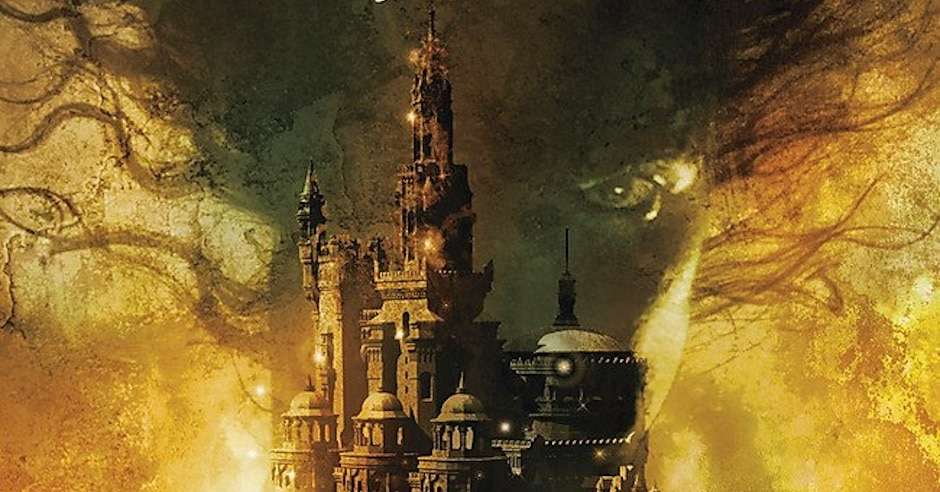 The Hundred Thousand Kingdoms follows Yeine, a nineteen-year-old who, at the novel’s beginning, is invited to visit her family seat by her grandfather Dekarta Arameri. The family seat is the city of Sky which is the heart of The Hundred Thousand Kingdoms and includes a beautiful and impressive floating palace. The reason for Yeine’s invitation is soon revealed and is a surprise to all in attendance. Dekarta names Yeine as his heir which I imagine would have been an excellent revelation if two of her cousins weren’t already assigned as heirs. To explain his thinking, Dekarta states the below, which sets up the story nicely as Yeine moves to Sky with her relatives, with its political disharmony, and with its Gods that walk the palace corridors.

“It is very simple. I have named three heirs. One of you will actually manage to succeed me. The other two will doubtless kill each other or be killed by the victor. As for which lives, and which die—” He shrugged. “That is for you to decide.” 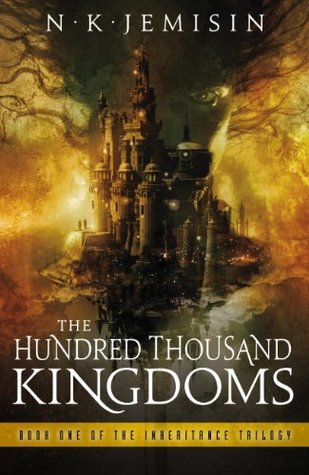 The Hundred Thousand Kingdoms is presented in the first-person perspective and follows events over a couple of weeks after Yeine arrives in Sky. As a new addition, she has to figure out how things work in Sky, try to make friends and allies, whilst also trying to uncover how and why her mother was murdered which happened prior to her arrival. In addition, she has started having frequent strange dreams and visions.

My favourite aspect of this story was the Gods and the way they mingle with and converse with the inhabitants of Sky. There are four of these Gods and they are essentially prisoners of a great God War. They could be considered slaves or weapons and have to abide by the demands and requests of the ruling family. Yeine included. The way these Gods are presented is similar to the Gods in Malazan Book of the Fallen. I adore it in stories when the Gods have human qualities and characteristics all whilst being much more powerful, intimidating, mysterious and even mischievous. It’s interesting here that the Gods, although still formidable beings, are restrained by mortals. My favourite scenes involved Nahadoth (the Nightlord) and his son Seih. The lore and history surrounding the Gods was a joy to read. This is presented to readers through Yeine discussing what she learnt in history books or from the mouths of the Gods themselves in conversations with her.

“We can never be gods, after all–but we can become something less than human with frightening ease.”

The Hundred Thousand Kingdoms is an enchanting and majestic fantasy read. The novel is written in an eloquent manner and is engaging in the way that it focuses on Yeine’s relationships with her family, the people of Sky, and the Gods. Her cousins make fine characters although I didn’t see as much of her drunken cousin Relad as I’d have hoped, but I do have a soft spot for drunks in fiction. With a title as grandiose as The Hundred Thousand Kingdoms, it was surprising that the majority of the events take place in Sky alone and we are witness to little that happens elsewhere. As Sky is the centre and controlling nation of these Kingdoms though, the title does make sense yet I do hope that in the following books of the series we do visit other cities and sections of Jemisin’s crafted world. Overall, I had an extremely positive experience with this book, my first time reading Jemisin. The Hundred Thousand Kingdoms was an addictive tale that I devoured within four days and I am definitely planning to continue this series and to check out more of the author’s back catalogue.

“In a child’s eyes, a mother is a goddess. She can be glorious or terrible, benevolent or filled with wrath, but she commands love either way. I am convinced that this is the greatest power in the universe.”

Another of Jemisin’s books Stone Sky appeared on GdM’s best of 2017 list.