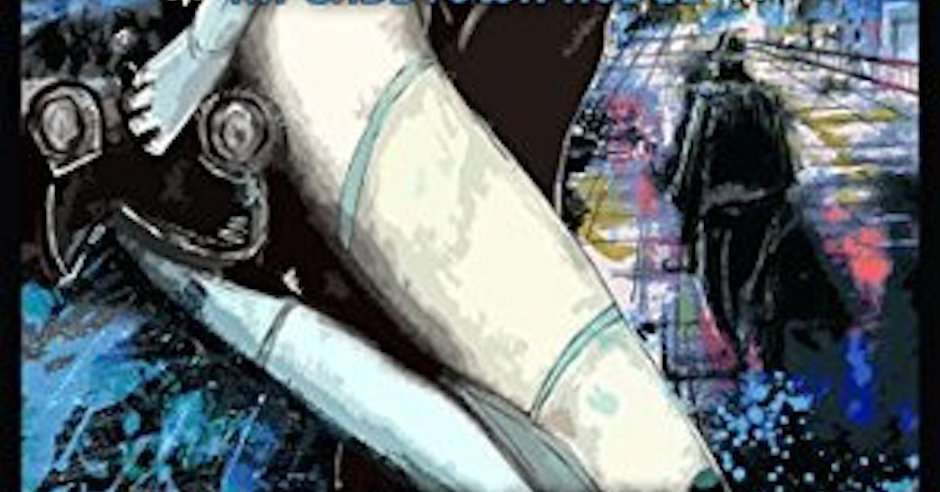 The Immortality Clause by Brian Parker is the first book of his Easytown novels. The series takes place in the not-so-distant future. AI, cybernetics, androids,  genetic engineering and virtual reality have all become common place with humanity having discovered ways to turn them all to sex. Yes, New Orleans is once more the party city of America and the debauchery is a source of income for crooked technophiles that cater to the darkest whims of society. 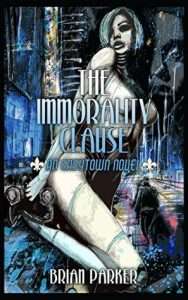 The premise is Detective Zach Forrest has Easytown as his beat. Easytown is the Red Light District of the future New Orleans where prostitution is legal as is most of these technological vices like android sex or VR fantasies. As a cop, Zach must abide by the titular “Immorality Clause” that will get him fired if he has sex with an android. Moral busy body-ness and hypocrisy in the future being alive and well. This wouldn’t normally be a problem for Zach, who has a disdain for androids, but a chance encounter leads him to falling for a girl who may not actually be a person as he defines them. Then the murders start happening and Zach is neck deep in it.

The Immorality Clause draws heavily from the ideas in Blade Runner but envisions a less fascist and more casually exploitative future. Humans aren’t afraid of being replaced by androids and there’s some ambiguity over whether they are sentient or not. Zach has a Siri-like personal assistant named Andi that seems to be completely sentient but is eager and willing to help him with all his day-to-day activities so he doesn’t bother to question the power imbalance.

I rather like this view of a cyberpunk future because combining the kind of wet, humid, and organic feel of New Orleans (a very old traditional city) with the bleeding edge of technology is an interesting idea. New Orleans is Catholic and Old World but also has a history of racial strife as well as party tourism. It results in a surprisingly believable environment that combines True Detective with Ridley Scott’s interpretation of Phillip K. Dick’s novel.

Despite its focus on sex and murder, The Immorality Clause could easily be a program on network television and is more NCIS: New Orleans 2066 than HBO prestige series. There’s a light and humorous tone even as Zach is investigating the horrible crimes going on around him. The story stays well within the confines of a PG-13 crime drama where most of the violence and seediness remains off-camera.

Zach Forrest is a likable yet flawed protagonist who sort of bumbles his way through the case not through a passionate desire for justice but not knowing when to take a hint. His one saving grace is that he really doesn’t like to be told what to do and when it would be easier to drop matters, doubles down on them as well. I liked his relationship to Paxton Amora and felt it was interesting just from the perspective of whether any of the feelings were “real” or programmed in.

In conclusion, this is a great cyberpunk detective novel and merges the noir as well as scifi genres seamlessly. If you like detective stories or near-future scifi then this is likely for you. I also recommend picking up the audiobook as the narration by Daniel Penz is top notch.