REVIEW: The Justice of Kings by Richard Swan 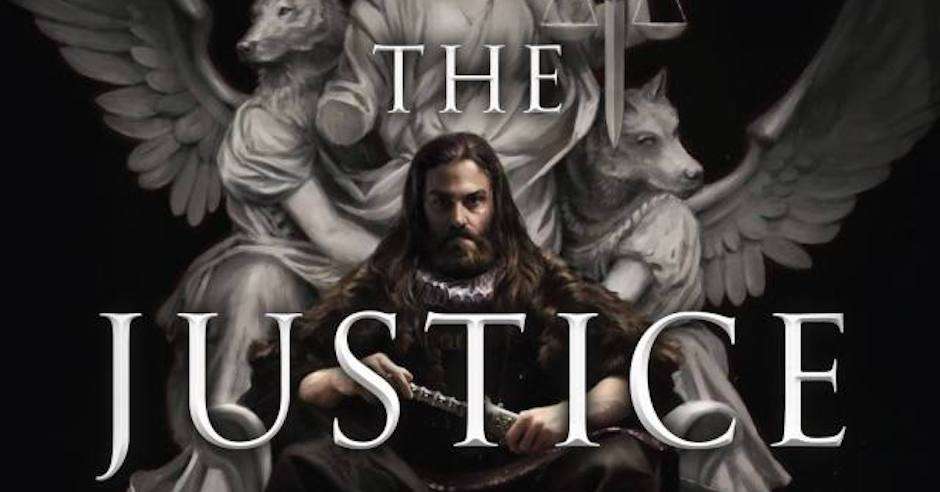 In Richard Swan’s new fantasy trilogy, starting with The Justice of Kings, a rich low magic world is brought to life through brilliant characters and their arcs. A mixture of detective work, dark fantasy, and low fantasy, I’ll be really surprised if this book isn’t on a few best of 2022 lists this year. 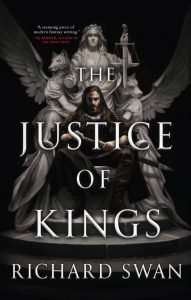 Our protagonist Helena Sedanka is a clerk in a party of four led by the Justice Konrad Vonvalt. Vonvalt travels the Sovan empire as judge, jury, and executioner to the far reaches of the Empire with Helena recording his judgements, Dubine Bressinger his ex-soldier taskman protecting the team, and Patria Claver, an annoying and fiery as hell arrogant young priest, recruiting templars to expand the Empire’s eastern border Eastern border.

After dealing with some pagans in a town of Rill, Vonvalt, Bressinger and Helena go to investigate the murder of a Lady. As the pieces of a gruesome puzzle start to fall into place, a larger move by significant factions throughout the Empire to unseat the Magistrates Order comes into play, and our magistrate team of heroes is put in incredible peril.

The Justice of Kings is an excellent study in character arcs, with Helena’s point of view not only giving us insights into her own growth, but the growth and decline of the people around her, and a promise of much more to come. Swan works these characters so brilliantly that a relatively standard gritty medieval European fantasy world comes to wonderful life through character and story.

The magic system is very light / low magic, with scant detail and machination, but plenty of room and scope for growth and evolution. Vonvalt dishes out the judgements and justice using his Voice of the Emperor to compel people to speak their truth. He also has necromancy and mind reading up his sleeve.  The magic system is depicted enjoyably brutally, and I am so excited to see how Swan expands the system in book 2. I have to admit that I am a big fan of the low magic approach, so I was completely taken in by the application of magic through Vonvalt and the other magistrates, and the role magic played in this book.

The Justice of Kings is a brilliant book 1, with intrigue, excellent character arcs, a brutal magic system, and a story I just could not put down. There’s plenty in there for grimdark fans to enjoy, and I feel confident in telling you that The Justice of Kings needs to be in every dark fantasy fan’s TBR pile for 2022.

Read The Justice of Kings by Richard Swan