REVIEW: The Kingdom of Liars by Nick Martell 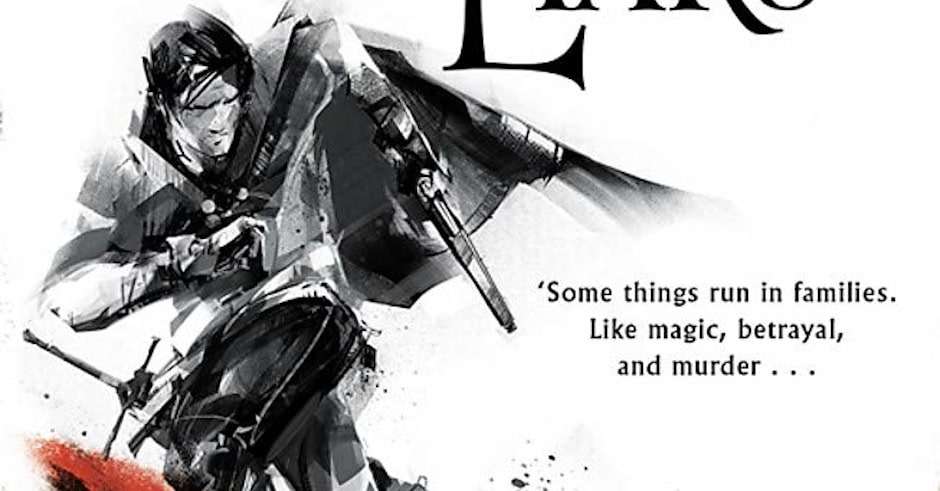 I received an uncorrected proof copy of The Kingdom of Liars in exchange for an honest review. I would like to thank Nick Martell and Gollancz for the opportunity.

The Kingdom of Liars, the first entry in The Legacy of the Mercenary King series, is the tale of Michael Kingman. He relays his story to us regarding the events that led him to be on trial as a King Killer, which he rather melodramatically refers to as “the greatest story ever told.” Ten years prior to this, Michael’s father was also tried for regicide and he was executed. He murdered a Prince who was the son of the King that Michael is accused of assassinating. We find out much more about these events throughout the narrative and if/how they are related. 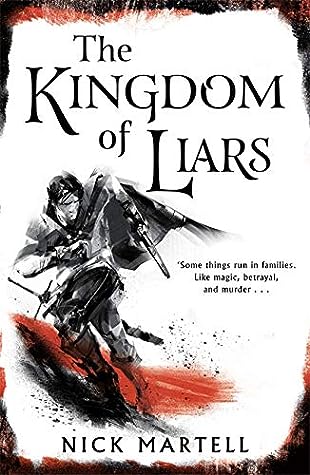 The Kingdom of Liars is told from Michael’s first-person point of view perspective. We get to witness the city of Hollow as it is described by the narrator. As a Kingman – who have for generations acted as Right-Hand Men for the monarchs – Michael has the weight of his family’s name and legacy on his shoulders. This has been made even more complicated as his family were branded traitors following his father’s actions. Michael currently lives a mundane, dull existence. When not looking after his brain-addled mother he cons Low Nobels for whatever profit he can. Towards the beginning of The Kingdom of Liars, Michael crosses paths with two unique and eccentric individuals. An alcoholic yet extremely influential High Noble and a mysterious magic-wielding mercenary. He is offered opportunities to help his family live a stress-free life, and a possibility to investigate the details of his father’s crime to see if he was innocent. Family and Legacy are the most important things to a Kingman.

The magic scheme presented here seemed pretty unique and interesting to learn about. Magic users are referred to as Fabricators. These skills tend to be found in the Royal or the Noble classes. There are many different types including combat, reinforcer, lightning, light, dark, shadow etc… The cost of using these powers is that the wielder will forfeit certain memories. Many magic users keep journals for this reason. Mages who overindulge can become Forgotten. These are zombie-like beings who are hollow shells of their former selves. Although he is uninitiated with his magical abilities, Michael himself has moments when he can’t remember certain details or recall someone who insists that he knows them.

The time of the monarchy is shaky at best here as there is an open rebellion taking place in Hollow. Political unrest is rife. The Queen-in-Waiting is notably absent from court and the Corrupt Prince lives up to his name and has made it no secret he wishes to succeed his father. There are many factions, ranks and organisations in the city such as advocators, ravens, wardens, skeletons, and also mercenaries who are a law to themselves. The world-building is good throughout and Hollow is well-crafted. I’d like to visit more of the world in the following entries as other cities are only briefly mentioned.

The Kingdom of Liars is a pretty impressive debut release. It’s an exciting, action-focused fantasy thriller with intriguing mystery elements included too. Some of the characters were really well realised and great to find out more about. A few, however, don’t seem adequately fleshed out, but hopefully, this will change going forwards. The finale is stunning and I raced through the last eighty or so pages at a manic could-not-put-the-book-down pace. I didn’t predict the outcome, twists, or resolutions at all which is always a plus. It was only during the final few pages that I realised why the series is called The Legacy of the Mercenary King. At the ending, it’s fully revealed who the heroes and the villains are and I’m interested in what will happen next. There are some grand possibilities for this as a series and fine foundations have been set. The Kingdom of Liars isn’t perfect, a lot of what is here you’d have read before but it is an enjoyable take on the genre and I flew through the 600 pages in a handful of days. Martell is an author whose career I’ll be watching.