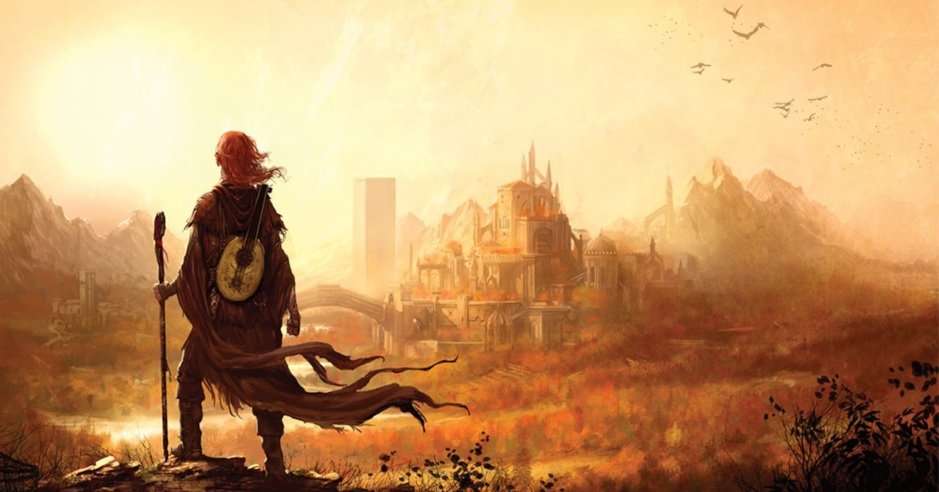 My name is Kvothe. I have stolen princesses back from sleeping barrow kings. I burned down the town of Trebon. I have spent the night with Felurian and left with both my sanity and my life. I was expelled from the University at a younger age than most people are allowed in. I tread paths by moonlight that others fear to speak of during day. I have talked to Gods, loved women, and written songs that make the minstrels weep. You may have heard of me…

So begins the tale of Kvothe, and Patrick Rothfuss’s Kingkiller Chronicle, the life story of a young boy from a group of traveling performers called the Edema Ruh. His group picks up an arcanist along the way early on, and that arcanist teaches Kvothe some of the fundamentals of magic. The Mistrel: Kvothe from The Kingkiller Chronicles, by Kim Kincaid

His parents and everyone he knows are killed by beings called the Chandrian, mostly believed to be fairy tale monsters for children—killed because his father was trying to write a song about their real history. Kvothe survives and spends several years growing up as a street urchin in the nearby metropolis, and then finally enters the University to learn magic. 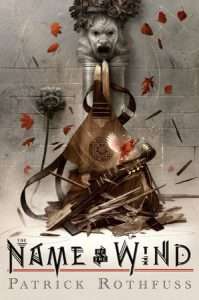 However, by the time we get to Kvothe telling his tale, we’re several chapters into the frame story, in which we’ve learned that the world is a mess, and much of it is Kvothe’s fault. His heroic exploits are constantly at odds with the end result of what happened.

A common refrain of critics of the Kingkiller Chronicle is that Kvothe is too good at everything he tries. That always struck me as odd, considering the genre is full of powerful protagonists, but it’s also odd because we know from the first chapter that for all of Kvothe’s skills, he caused a tragedy. Kvothe is a gifted musician and magician, but he’s also hot-headed, impetuous, and has no patience. And as we go along we learn the truth behind many of those exploits—luck, exaggeration, and trickery are integral behind most of those stories.

Finding the truth behind all the exaggeration is also a part of the hunt for the Chandrian as well, and their nemeses, the Amyr. There are multiple stories of various myths of the setting that tie in with both groups. There are commonalities, but the thought of how stories transmute depending on time and distance and who’s telling it is key to the series. Much of the main plot of the book comes from puzzling out what each of them really mean.

Children’s rhymes are a good source of mythic information as well. In addition to the rhymes about the Chandrian, there are two separate rhymes, one about Lady Lackless’s dress and one about the Lackless door, that clearly originated from the same source. In addition to giving both Kvothe and the readers much-needed information, that linguistic drift gives the world a very lived-in feeling.

Then there’s the unreliable narration of Kvothe himself. The frame story has him telling his life story to someone known as the Chronicler, while his student Bast listens in. We know Kvothe is a storyteller. He does say this is his attempt to put down the truth as best he can—but it’s also his point of view of that truth, and he admits several times that sometimes factuality will get in the way of a good story. He outright skips over both a huge trial and a boat adventure while spending an inordinate amount of time on how he pays tuition each semester and evenings drinking with his friends.

Reading the Kingkiller Chronicle is good, but it’s a series that works even better on re-reads. There are numerous small hints that couldn’t possibly be noted on a single read-through. Sometimes the information is broken up by hundreds of pages, or mentioned off-handedly in the midst of something else. Sometimes it’s even hidden in the made-up languages used. Sometimes the information is straightforward—I feel fairly confident in my guess as to who the Penitent King is, for example. Often it’s a fair bit more ambiguous. While I have my suspicions as to which king Kvothe will kill, the evidence is far more circumstantial, and built around metaphor. 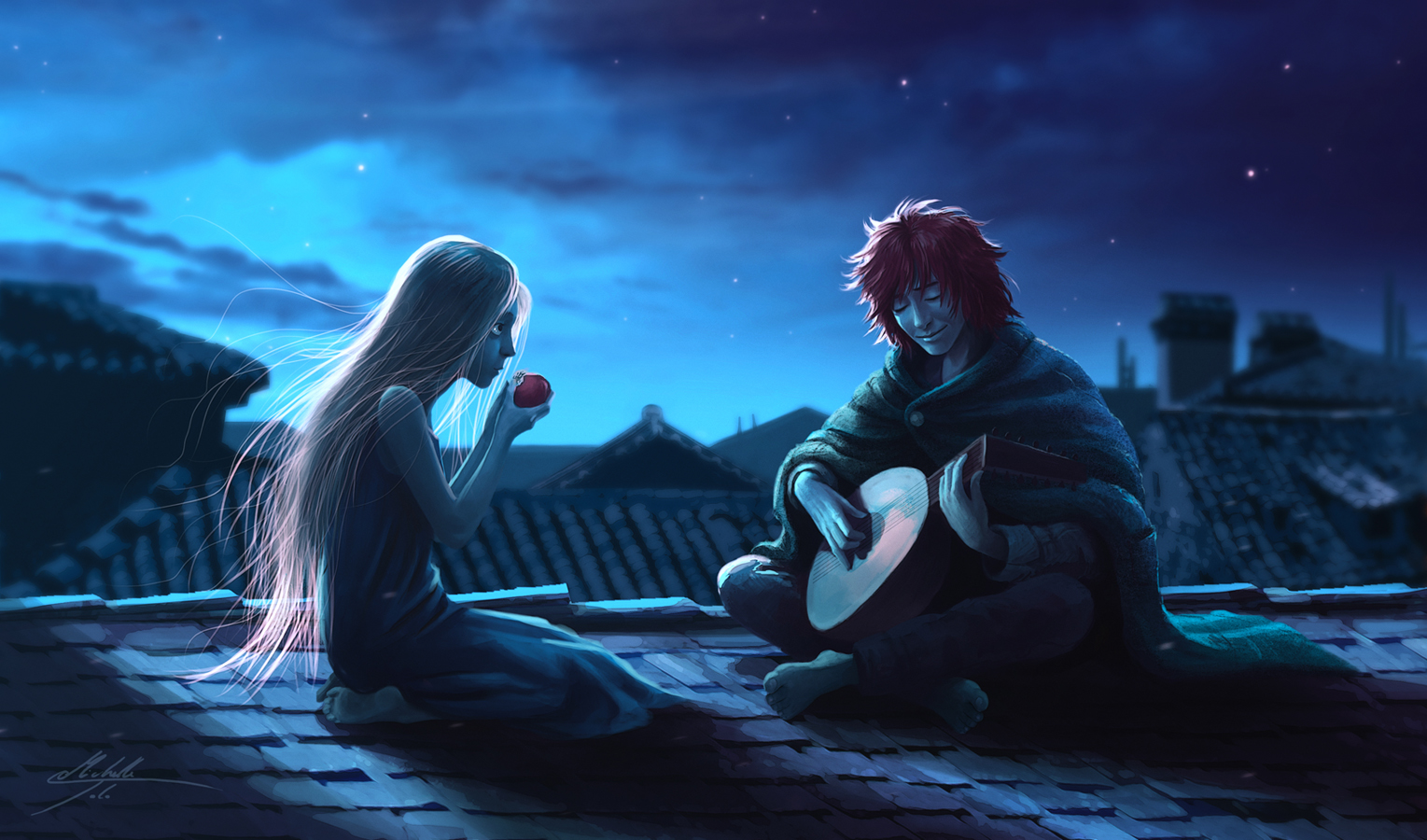 Auri and Kvothe by Michelle Tolo

The Kingkiller Chronicle has two side stories as well. The Lightning Tree shows Bast helping out the children of the town he lives in, and The Slow Regard of Silent Things shows Auri’s daily life as she prepares for a weekly meeting with Kvothe.

The Kingkiller Chronicle books are well worth a read, or a re-read. Rothfuss’s prose is consistently clear yet full of multiple meanings. There are countless plot points to be resolved in The Doors of Stone. Since no one knows when it’ll come out, there’ll be lots of time to make your best theories and see how right you are.

The Name of the Wind by Marc Simonetti

[…] wears some of his influences on his sleeve which works well mostly but there was one, I assume, The Name of the Wind-inspired moment that made me groan. That aside, I had an extremely positive time reading The Hand […]

[…] the vampires wishes for Gabriel’s story to be recorded before his demise. In a similar fashion to The Name of the Wind, the historian Jean-François of the Blood Chastain chronicles the events of our protagonist’s […]