REVIEW: The Knight with Two Swords by Edward M. Erdelac 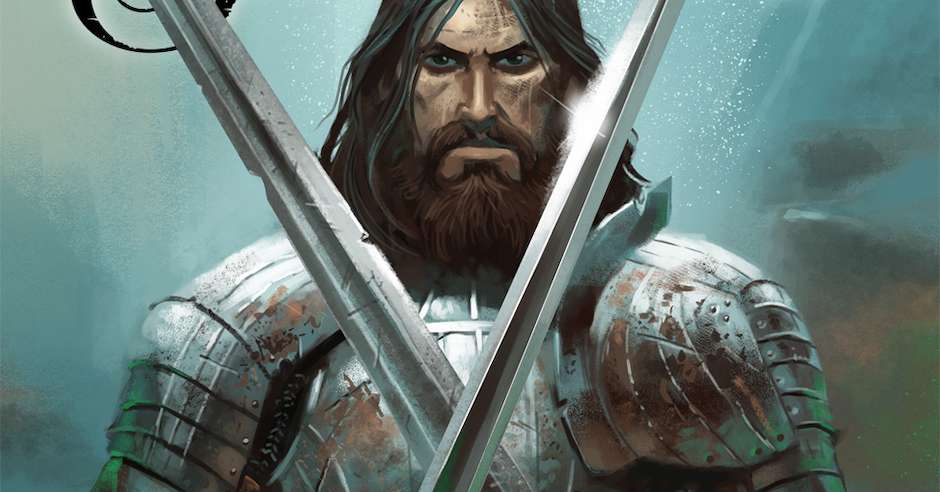 Ever since reading Thomas Malory’s Le Morte d’Arthur, I was instantly mesmerised by the tales of King Arthur, his legendary knights of the round table, and the wisdom of Merlin and Avalon. There is a magic in the legends, a magic that flows from the antiquated script into the hearts and souls of the many thousands of readers and viewers of such texts. Though ancient, the legend of King Arthur endures, and Edward M. Erdelac’s novel, The Knight with Two Swords, is indicative of why such myths persist, especially in the technological age we reside in. 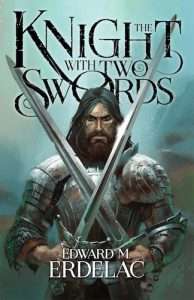 Erdelac’s novel is centred around twin brothers, Balin and Brulen, boys who have grown up revering their fallen father, a celebrated knight. They are kept from following their father’s steps, that is until their mother is killed for worshipping the old ways. With Balin submitting to the will of the Christian god and Brulen, a staunch follower of the ways of his mother, declares war on the priesthood, the twins take divergent paths onto becoming knights.

What is most apparent to the reader when they first delve into Erdelac’s novel is his careful attention to detail. The language that is employed is nothing short of remarkable as it feels extremely reminiscent of elder Arthurian texts. There were times that I felt as if I was reading a page from Le Morte, Mists of Avalon, and even The Once and Future King. I was immersed into a storied world that felt genuine and authentic. It may sound basic, but to write in an authentic Arthurian manner throughout the course of an entire novel is nothing short of astounding. There were no times I felt that Erdelac faulted in writing in this manner.

The attention to detail did not stop there. Names and naming conventions were elegant and well-conceived. The world itself was wonderfully and artistically depicted akin to a stroke of ink from an artisan calligrapher. There is magic in the pages of Erdelac’s novel, and I would be remiss if I did not recommend the novel for the mere fact that it feels real and feels special to lose oneself in.

The theme of duality is strong in Erdelac’s novel and was something I felt worked well. Christianity and Paganism, righteous and corrupt, good and evil, though black in white in visage, Erdelac carefully analyses such concepts and does so subtly with his characters. Balin is the exemplar of the pious knight in the beginning but is made to question not only himself, but the foundation of his faith throughout the course of the novel. Brulen is the opposite to his brother, but like Balin, the reader is made to question and ponder the nature of his variant of chivalry.

Though there are many things to praise Erdelac for, there are some niggling qualms that hindered my enjoyment of the novel. It was a little difficult to start and at times felt borderline documentarian. This is typical of most academically accepted Arthurian texts but it does so at the cost of some investment. I found myself glossing over many of the paragraphs, the melodramatic dialogue, and even had to reread some chapters again. This is not to the fault of Erdelac but the writing style itself. It does add to the authenticity of the work itself, but it is antiquated and also quite difficult to parse at times.

The novel, being split into three distinct parts, also felt disjointed. The first part, The Adventurous Sword, is the most compact and deals with Balin, his treachery, and the siege of Carhaix. It is a mix of melodrama, politicking, and action-packed fantasy, all of which kept me intrigued and yearning for more. But as the story progressed throughout the second and third parts, I found my interest waning until the final few chapters. This is perhaps due to the fact that the plot pried Balin and his brother away from King Arthur and his knights for the majority of these sections, and I wanted more insight into Arthur through action, not just third-hand knowledge.

But these are, as mentioned, quibbles and the fault of the style itself, not the writer. It may be a little difficult to start and read at times, but the writing is eloquent and at times, majestic. When the action hits its stride, blood and magic roil through the Arthurian landscape with the arc of the reaper’s scythe. It is brutal, it is savage, and it feels real. Authenticity is the key word of this review and is more than enough reason to snag and read The Knight with the Two Swords. A must read for any Arthurian fan, especially in the academic sphere.

Read The Knight with Two Swords by Edward M. Erdelac